‘Sprint’ rapid transit system on its way to Birmingham

Britain’s second largest city is preparing itself for the arrival of its first bus-based rapid transit system. In an interview, Geoff Inskip, Chief Executive at Centro – the transport authority for the West Midlands – details how work is well underway for the arrival of ‘Sprint’ on the streets of Birmingham in what will be a first in the UK. 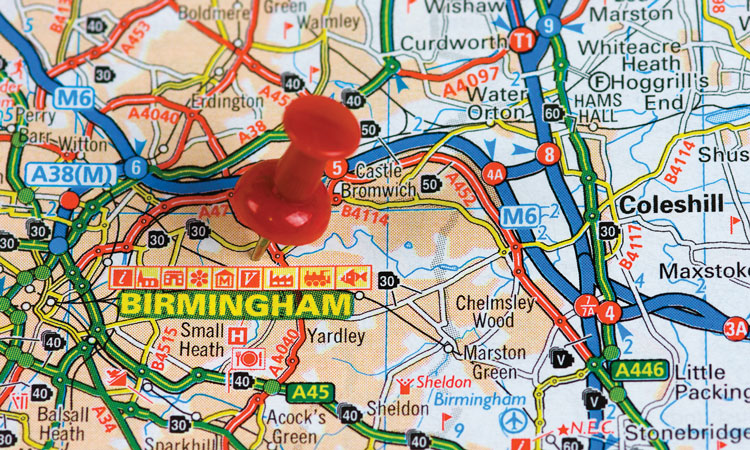 Other bus rapid-transit road systems in Britain – such as in Cambridge and York – use conventional buses; Sprint will boast bespoke vehicles.

The make and model of the vehicles to be used for Sprint is still being finalised with the Department for Transport (DfT), so is a date for their introduction, but the organisation behind the scheme is wasting no time in getting things ready for their arrival.

A 0.8 mile (1.2km) extension to the Midland Metro tram system from Birmingham’s Snow Hill Station down to New Street Station is due to open by the end of 2015, and Geoff Inskip says Sprint would essentially be ‘Metro’s little sister’.

“The concept of Sprint – a bus that operates like a tram – is a new one to this region but it has so much to offer,” explains Geoff. “It means faster journeys, improved reliability and easier access to transport and our communities. It is going to be key in improving the journey experience for people living, working and visiting here.”

Certainly a public consultation exercise held last year was overwhelmingly in favour of the idea, and the scheme is integral in both Centro’s ‘Towards a World Class Integrated Transport Network’ prospectus and Birmingham City Council’s ‘Birmingham Mobility Action Plan’.

The scheme will cost in the region of £15 million and is funded through Centro and by the government via the Greater Birmingham and Solihull Local Enterprise Partnership (GBSLEP).

Sprint will follow the No 9 bus route from central Birmingham to Quinton, serving the city’s entertainment quarter in Broad Street, then along the A456 Hagley Road – a distance of approximately 5.7 miles (9.1km).

Following consultation and funding approval, Centro will tender for the build of the Sprint vehicles, and for an operator to run them on Centro’s behalf. Sprint will be a fleet of up to nine diesel/electric vehicles whose features will include:

It is envisaged that daytime services will operate every 10 minutes, but these would be increased at times of peak demand such as major sporting or entertainment events.

Once approved, Centro believes Sprint could go live within 18 months.

More than £50 million has also been earmarked to implement a Sprint route to the airport by 2021. This second route will link the centre of Birmingham with the airport (via the A45 Coventry Road). It will also serve the region’s second HS2 station which is proposed for land near to the airport, the National Exhibition Centre and the existing Birmingham International railway station.

Numerous routes across the Midlands were studied by Centro for the pilot. Broad Street/Hagley Road was chosen because it currently has only two means of transport to Quinton from the city centre – bus or car. Sprint would integrate with the existing bus network. Other factors were:

There will be 16 new stops along the route from Colmore Row in the city centre to Ridgeway Avenue/Hagley Road West in Quinton. They will feature real-time passenger information, CCTV, and help points along with off-board ticketing machines and smartcard top-up points wherever possible.

Fares would be aligned with those charged on local bus services, subject to multi-operator ticketing protocols. Other key features will include:

Sprint will see road widening and a new bus lane installed in Hagley Road and traffic light reconfiguration to give priority to Sprint vehicles.

The reduced road capacity resulting from the new bus lanes is expected to further constrain traffic on what is already one of the city’s busiest roads.

Geoff adds: “Increased delays for general traffic are, effectively, accepted as part of the trade-off of providing an enhanced public transport system. But highway priority for Sprint will be essential to ensure rapid and reliable journeys.”

He continues: “However, the reallocation of roadspace to Sprint can be done in conjunction with the implementation of Park and Ride facilities. Free Park and Ride is something that has been very successful for us on heavy rail and Metro, so we will review the possibility of its introduction for Swift.

Geoff says he believes Sprint will become recognised as a benchmark for high quality rapid transit. He says that together with heavy rail and Metro, it would form a high-capacity rapid transport network linking key metropolitan centres to their travel-to-work areas and underpin regeneration of key corridors.

“The passenger experience of the Sprint network will be very different to that of a bus in service today,” he said.

He continued: “Off-vehicle ticketing, conductors and multi-door boarding, coupled with highway priority will help to reduce journey times to be more competitive with the private car. Sprint will offer a ‘turn-up-and-go’ timetable with journey times and comfort levels based on light-rail systems while maximising the flexibility and lower costs associated with bus technology.”

A key element of the project would be the involvement of operators in terms of investment in vehicles and staff.

“We want, and will expect, exceptional standards,” declares Geoff. “Vehicles will always be clean and damage-free, passenger-facing staff will be informative and project a positive image of public transport and a rigorous customer charter will clearly set out expectations of all parties.”

Geoff adds: “Passengers deserve no less. We have worked hard over the years to raise the bar for public transport in the West Midlands and Sprint is going to be a standard bearer for that.”

Geoff Inskip has 25 years of experience in the finance, rail and public transport sectors. Alongside his current role at Centro, he is also Chair of UKTram and Vice President of UITP. A qualified Chartered Accountant, Geoff began working as a management consultant before moving on to work for a merchant bank in Manchester. In 1988 GMPTE asked him to look at the private sector options for delivering Manchester’s Metrolink under a PPP and as Commercial Director he went on to successfully deliver the project. In 1992 Geoff became Director of Finance of Greater Manchester’s Transport Authority and in 1996 as the Project Director for the Salford Quays extension of Manchester’s Metrolink. After being appointed Deputy Director General in 1999, Geoff successfully delivered the approvals for the Refurbishment and Phase 3A of Manchester Metrolink in 2006. Geoff’s contribution to the industry was recognised in being awarded the ‘Campaigner of the Year’ at the national Light Rail Awards. During the past five years Geoff has been a driving force in setting up and getting the go-ahead to deliver a £1.3 billion transport package for the West Midlands which has seen the introduction of the ‘Swift’ smartcard with over 2,000 buses equipped with smart ticketing equipment. Through partnership working, Geoff has also led the transformation of the bus network which is showing improved performance and customer satisfaction. 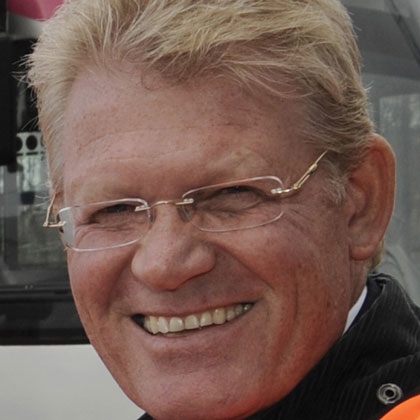