The art of smart: where a phone is a smartcard

2016 will be a crucial one for smart ticketing in the UK, writes Steve Wakeland, General Manager of ITSO Limited. And it will be for ITSO also, because it is the year we hope to provide ITSO smart ticketing on NFC-enabled android smartphones. We already have two pieces of work underway to bring this about. 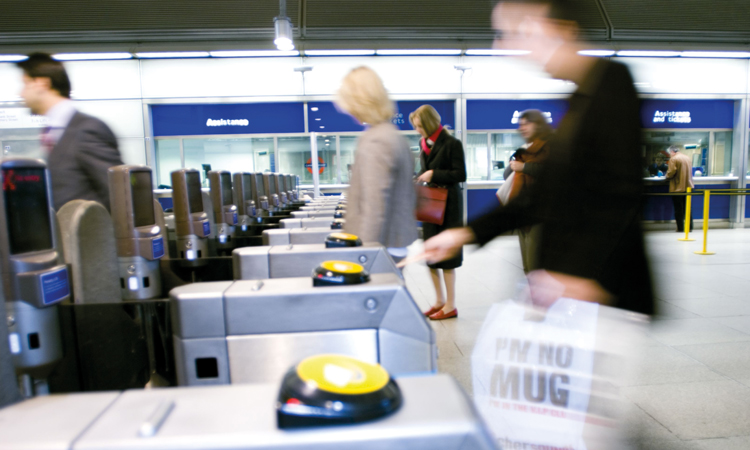 The Department for Transport (DfT) has funded a trial into Host Card Emulation (HCE) where the smartphone effectively acts as a smartcard.

We are also part-funding a trial looking at storing ITSO-based tickets in the Secure Element of an android smartphone.

We would argue that either of these would be a major upgrade in terms of ‘smart ticketing’ with reference to mobile phones.

At present, the m-ticketing provided by other systems is not as smart as it might seem, because a ticket is reproduced on the phone screen so it can be shown to the bus driver or train inspector. Only those including barcodes can be easily read by any electronic ticketing machine.

There is a much higher risk of cloning or security breaches with this method which is not as important with low value ticketing, but becomes an issue when talking about season tickets worth hundreds of pounds. Barcodes are fine for the reservation of specific journeys, or where a second card (for instance the bankcard used to buy the ticket) can be requested. But for metro systems, they pose a security and speed risk that can only be coped with by restrictions such as short time windows of validity. ITSO smart tickets, in contrast, address the key risks of security, value, validity and speed of use and provide a broad range of options.

ITSO are identifying a highly secure way of loading ITSO payment and ticketing on smartphones and certifying that the phones work successfully within the public transport infrastructure of ticket machines, gates and validators. Once this is complete, we will embed it into the national ITSO Specification and make it freely available to our 150+ members to incorporate into any current or future smart ticketing schemes.

But although mobile phone payments and ticketing are attractive (doesn’t everyone want to use the latest gizmo?) they are not the only game in town. Everyone wants a piece of the action, because processing payments can be a lucrative business; and public transport involves a lot of payments.

And they all want it to be ‘easy’, ‘hassle-free’ and ‘seamless’.

So ITSO is sometimes portrayed as ‘complex’ and ‘difficult’ whereas other systems like contactless bank cards and account-based ticketing are ‘easy’.

The truth we all know is that the art of smart is to make it seem easy so that the customer has a good experience and wants to do it again.

I would argue that ITSO also looks ‘easy’ when you are wielding a Pop or Walrus smartcard.

The reality is that behind every ticket machine green light or beep is a large amount of supporting infrastructure, both in terms of hardware, software and people to provide them; plus the many complex business rules which determine that the correct fare is being applied.

In the UK outside London, you are also looking at a business where a wide variety of unfranchised or contracted operators and organisations have to agree business rules so these ‘simple’ ticketing schemes can be set-up.

At the risk of being controversial, the upfront costs of ITSO are already known. Proponents of other schemes are being more circumspect in the financial information they are giving out.

We can’t compare anything with London because it has a special deal as the capital, with franchised operators, and as a front-runner to encourage the wider use of contactless bank cards.

There is no doubt that transport ticketing using contactless bank cards has been a runaway success in London, but many people think it can just be copied and pasted to the rest of the UK. It can’t – because there are the large matters of providing back-office infrastructure and agreeing business rules for a plethora of different operators.

What tickets do you offer at what prices? How do you make sure the right people get paid for the journeys taken? How do you combat fraud? And how much will the banks and other people involved in the payments process charge you for doing their bit?

That’s not to say it can’t be done with the right political will from all involved. The UK Cards Association is currently undertaking work on behalf of the DfT to identify a possible framework by the end of 2015. It will be up to others to work out how the back-office infrastructure can be satisfactorily set-up and funded.

Other options being explored are account-based ticketing, ticketing in the cloud, and barcode ticketing. We have the technology, as the old advert used to say. The ITSO Specification and systems already provide for these possibilities.

At the same time we provide options for concessionary travel. Cash-strapped local authorities now using ITSO smart ticketing are saving a lot of money in general administration costs and have the possibility of saving even more when they introduce the hotlisting of lost or stolen cards, ensuring that only those entitled to free travel get it.

Obviously this hot-listing ability extends to combatting fraud in commercial ticketing as well.

At ITSO, we believe it is important to offer passengers choice in how they pay for their journeys, making it as simple as possible so that easy payment makes public transport a more attractive option. That could be an ITSO card, an Oyster card, a contactless bank card, or a smartphone.

We need to take into account the fact that not everyone will have access to a smartphone or contactless bank card, and that an ITSO smartcard, topped-up with just the right amount of money you need for your journeys to work that week, might be the most attractive smart option for people on limited budgets.

This is recognised in the equipment supplier community, where machines which can accept several options are either on the market already or being developed.

At ITSO, we are also investigating how the existing ITSO infrastructure, in which government and operators have already invested substantially, can work alongside other methods of payment, like contactless bank cards.

We believe we need to make the best use of the tried and tested system we already have, while developing it to accommodate future technology and requirements.

We are also working with standards’ bodies and mobile and transport operators in the UK and Europe to agree common standards that can make all of these things happen across the board – bringing smartcard and smartphone ticketing seamlessly together.

For example, the NFC Forum and GSMA (the trade body representing Mobile Network operators worldwide) is working to adopt a common framework and approach to transport ticketing on mobile phones across Europe and elsewhere, led by the Smart Ticketing Alliance (STA1).

Smart ticketing currently offers a kaleidoscope of theoretical options, and I don’t envy those having to make decisions on policy, technology, infrastructure and funding.

The new Conservative government elected in May 2015 is asking transport operators and local transport authorities to start delivering on more efficient and integrated transport systems which will help boost the economy. They see smart and integrated ticketing as central to this through making it easier for people to pay to get to work.

Devolution agreements and the Buses Bill are key pieces of legislation which the Government says will empower local regions to shape transport which suits their particular needs.

The Northern Powerhouse, including Transport for the North, is a phrase never far from the politicians’ lips. Its stated aim is to boost the Northern economy in England, redressing the balance which currently favours the South East.

In November, Nexus introduced Oyster-style daily capping for travel on the Metro and there are plans to extend this.

Centro’s Swift card is being used for pay-as-you-go in the Midlands and there will soon be the ability to load national rail tickets to the card.

The Big Five operators are now rolling-out multi-operator smart ticketing in cities. There is a plethora of smart ticketing schemes throughout the UK, including ‘the North’. The cards might have different names, but most of them have ITSO logos on them and are using a common specification in the background

As proof of this interoperability, I recently used my ITSO Nottingham Citycard to buy travel on the Metro in Tyne and Wear which would normally be loaded to an ITSO Pop card.

Steve Wakeland has worked in technology risk management and information security at various industrial and financial services organisations for over 30 years. He joined ITSO Limited in 2011 as Governance Manager to lead compliance through the implementation of policies and procedures across the ITSO membership. Steve became General Manager of ITSO Limited in January 2015. 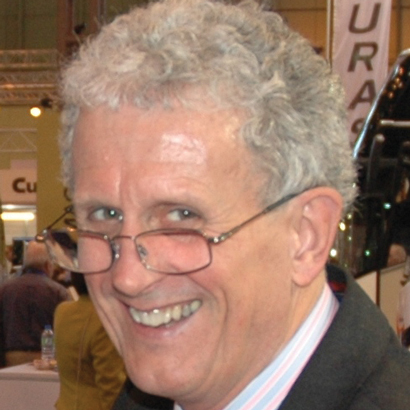