Intermodality has its challenges but is on the agenda of city transport authorities across Europe. Ian Hall asked three cities to showcase their intermodality initiatives. 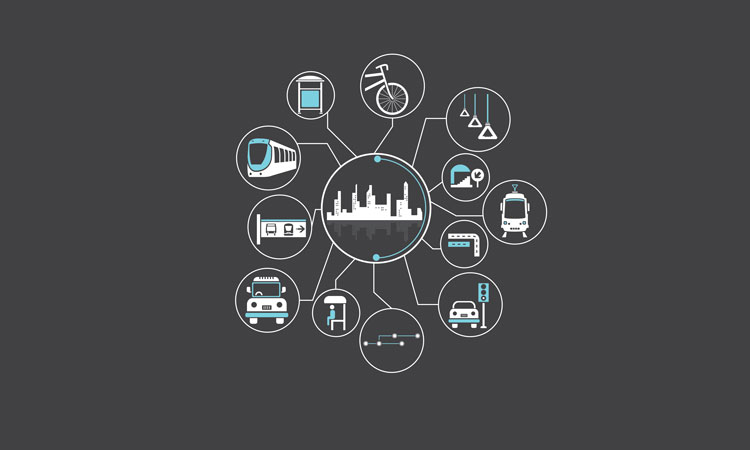 As passengers, we’ve all been there: trying to navigate through a city when one form of transport won’t accept another operator’s ticket; when your delayed train pulls in just too late to meet a connecting bus; or when you struggle to drop off a loved-one or dock your bike easily because stations’ pull-ins or docking-stations are just so badly designed or even unavailable.

Fortunately, improving what is known as intermodality – the use of two or more transport types for a journey – is increasingly on the agenda of authorities across Europe, for reasons including consumer demand, environmental factors and mobile technology.

The CIVITAS initiative is managed and promoted by Milan-headquartered consultancy TRT Trasporti e Territorio, whose Transport Economist, Cosimo Chiffi, tells Eurotransport: “Intermodality is a key element of every ambitious urban mobility strategy. From past efforts addressed at park-and-ride or renovations of railway nodes, the focus is now more on planning and integration of open data and services.”

Cosimo continues: “Cities such as Barcelona redesigned their bus network to be more intelligible and easy to use, also by creating special interchange areas at bus stops. In Milan the boom of bike-sharing users pushed towards more car-independent habits. Simple solutions like the possibility of carrying bicycles on public transport are also expanding (e.g. in Stuttgart, Zagreb, Funchal and Brno). Commitment towards sustainable mobility cannot overlook intermodality, and EU cities are well aware of it.”

Brian Masson, a Scotland-based transport consultant with 40 years’ experience in public transport operations, tracks intermodality trends. He tells Eurotransport: “There is no silver-bullet to encouraging intermodality across Europe. Cycling is popular in Scandinavia and other northern European countries but you can’t transpose this to the conditions of 43 degree heat in the summer of countries like Greece.”

Brian continues: “The most appropriate measures to encourage intermodality would also depend on the size of the city: is it a hub that people commute into or a mega-city? You can’t just say ‘this works in London, so let’s try it in Glasgow’. Legislation is different in every EU country. So if a transport solution works well in, say, Scandinavia you can’t just parachute it in to a deregulated environment such as the UK.”

As Brian suggests there are big differences in how European cities address intermodality challenges: many remain firmly in the starting-blocks when it comes to integrated ticketing and information provision. At the same time, improving and modernising infrastructure will – per se – be forever ongoing as cities strive to keep pace with shifting populations and transport trends.

However, intermodality is nonetheless a field fit for quirky, novel initiatives. Examples include the Austrian capital, Vienna, which has amusingly titled ‘kiss-and-ride’ parking zones around major stations (Brussels Airport has a similarly titled ‘Kiss & Fly’ drop-off area); or the Swedish city of Umeå, which has incorporated an artwork entitled ‘Lev!’ (Live!), as well as bird-song and spoken quotes from a local author, into a major station redesign.

Umeå C is an older station that has been redeveloped with a new pedestrian and bicycle passage under the platforms, incorporating an artwork entitled ‘Lev!’ (Live!) commemorating local author, Sara Lidman.

The station’s new design is based on gender-equality analysis (examining how women and men perceive and use public space differently) to make the passage and station a safe and welcoming space. This is important in public transport nodes, since women use public transport more than men.

Attention has been placed on architectural details, such as choosing bright materials, lighting and letting in daylight. The integrated artwork is a point of interest that encourages people to move around, creating a feeling of safety. Corners and ‘edges’ have been rounded to improve pedestrians’ and cyclists’ sightlines. For platforms and passages, multiple exits have been created, so there is always a way out. The passage has also been equipped with sound installations, such as bird-song and spoken quotes from the author, to create a lively feeling.

At both Umeå C and newly-built station Umeå Östra bike racks are located close to train platforms, making intermodal journeys by sustainable transport easier. To further enhance the intermodal experience, a new bus terminal served by almost all local and regional buses has been built at Umeå Östra. The plan for Umeå C is to move the regional bus terminal to the same side of the street as the train platforms and with direct access to the bicycle and pedestrian passage.

Brussels sees intermodality as an opportunity to make living and working in the city more sustainable, by reducing car use.

Brussels’ public transport operator, STIB, seeks to facilitate combining bus, tram and metro with other transport means. A key element of this policy is the MOBIB card, launched in 2008. This is a chip card that allows users to travel with STIB and the national rail network (SNCB) – and also with the other two Belgian public transport companies (TEC and De Lijn in the near future) that operate in the broader Brussels region.

Ninety-five per cent of Brussels travellers have a (STIB) MOBIB card. Almost all types of STIB’s tickets are now only available on MOBIB (only single fares and 24-hour tickets are still available as ‘paper’ tickets).

Moreover, MOBIB can be used with other transport-related companies, such as car-sharing service Cambio, bicycle rental Villo or car-park company Interparking. This simplifies the process for users, who no longer need to combine several systems for Brussels’ different operators.

A further aspect of improving intermodality is STIB’s approach of making multi-modal nodes, for example Schuman or Midi, easier to use. Five Brussels nodes have a CEN certification, which means they meet international standards for travel information (among other criteria). Together with the other operators concerned, STIB provides tailored travel and passenger info and signs for these points, to enhance interconnectivity and make switching between networks easier.

Transport for London (TfL) views all 700 stations in London as interchanges, including those where interchange is simply for walkers and cyclists. Their importance to the effectiveness of the transport system is demonstrated in the dedicated section of the Mayor’s Transport Strategy published in 2010. In turn this draws heavily on TfL’s interchange best-practice guidelines set out in 2009.

An example outcome is the new intermodal infrastructure in Hackney: a 200m elevated walkway which opened in summer 2015 connecting two stations. Previously people had to make their way on-street for about three times this distance. Naturally, usage has leapt by a factor of three.

Cycling has grown enormously in the past decade, and cyclists’ needs are always factored into planning: we want cycle parking as near to all stations as is feasible. We have had to innovate, for example with double-deck cycle-parking at Euston.

When Crossrail opens in 2019, Farringdon will become Britain’s busiest station with approximately 80 trains per hour. In terms of physical infrastructure, the scale of our ambition to improve interchange does not get bigger than Old Oak Common. This is the proposed interchange in north-west London between Crossrail, High Speed 2 and London Overground rail services, plus a new development of 25,000 homes and 65,000 jobs. We want Old Oak Common to have the best-possible interchange and public realm.

In respect of payment technologies, people using Oyster cards (introduced in 2003) or contactless bank cards (2014) can travel on all public transport using a single card. The system has a cap on daily fares (and weekly fares too for contactless bank cards) which helps ensure that people have assurance that this product always offers best value. In addition, Travelcards are valid for unlimited journeys on all public transport in relevant fare zones.

Among the ticketing challenges are: to expand smartcard-based travel to more of the travel-to-work areas; and to increase its simplicity by bringing greater consistency to retailing and validity.