Transport for Greater Manchester’s (TfGM) mission is to make travel easier and safer for everyone in Greater Manchester and their Control Centre plays a vital role in their operational plans. In this article Kevin Hargreaves, TfGM’s Key Route Network Manager, explains that having a focused approach to the management of highways across the complex city-region and making sure it works in tandem with tram, train and bus services, is necessary to keep people moving safely and efficiently. 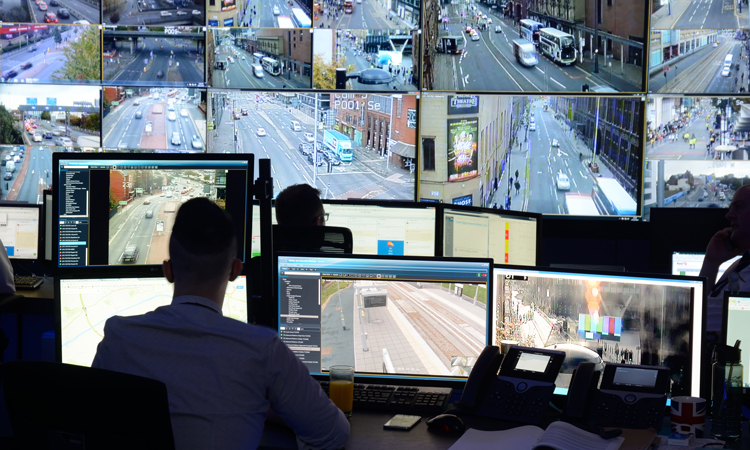 Greater Manchester’s roads are the arteries of our region’s economy. As such it is essential that the network functions effectively to minimise delays and congestion, and support the economic growth of our region.

Of the 5.7 million trips made every day by residents in Greater Manchester, 3.3 million (59%) are made by car as either a driver or a passenger and 456,000 trips (8%) are made by bus, which accounts for 78% of public transport journeys in the region.

The highways network comprises 180km of motorway and trunk road and nearly 9,200km of local roads, 626km of which has been classified as the Key Route Network (KRN) for which TfGM has strategic responsibility.

We appreciate the importance of the highways network for the prosperity of the region, so the primary role of TfGM’s Control Centre has historically been as the eyes and ears of Greater Manchester’s main roads. It houses a wall of large screens showing views from monitoring cameras across Greater Manchester. They are primarily used to oversee the region’s highways network, which is home to more than 2,400 sets of traffic signals and 985 pedestrian crossings that are also managed by TfGM. Our cameras cover important junctions and congestion hot-spots on the KRN, as well as some of our Park & Ride sites and bus stations, allowing staff based in the Control Centre to see what is happening in real-time.

The screens also display maps that alert us to congestion picked up by 800 passive Bluetooth sensors located on the road network. When the sensors alert us that traffic is moving more slowly than expected, we can switch to a monitoring camera at that location to see what’s actually happening on the road. The sensors only tell us that there’s congestion, but the camera can show us why and allow us take action at an earlier stage, thus helping to reduce congestion and improve journey times. For example, we can respond to a build-up of traffic caused by a road traffic accident by changing the signal timings in that area, or advising the travelling public about the issue using one of our 50 variable message signs (VMS) or via social media feeds such as Twitter.

The forecast growth in the population of Greater Manchester, from 2.7 million today to more than three million by 2040, will put pressure on the available road space. It will also mean that public transport, and other sustainable alternatives to the car such as cycling, will form an even more important component of how people move around our region in the future.

Reflecting this, the Control Centre has evolved rapidly over the last year, beyond day-to-day road traffic flow management, and toward a multi-modal facility with the ability to act as a central point for ‘business as usual’ transport monitoring and major event-coordination activities across Greater Manchester.

In May 2015 TfGM signed a Memorandum of Understanding (MoU) with Highways England to better coordinate the Strategic and Key Route Networks. As part of this, a working group featuring representatives from Greater Manchester Police and other partner agencies meets regularly to prioritise objectives; develop work plans for new initiatives; and map out communications. Twice-weekly operational conference calls help to plan and organise often complex and interdependent tasks, including the coordination of roadworks; planned and unplanned incident management; safely managing traffic flow; and monitoring network performance. The Control Centre provides a focal point for these collaborative activities.

In addition to highways network monitoring staff, the Control Centre is also home to representatives from TfGM’s Customer Relations teams, as well as bus operators First Bus and Stagecoach. The centre also has information feeds directly from Greater Manchester Police and Highways England. In essence, if something happens on the region’s roads we can respond very quickly.

The development of partnership working really is the key to successful operation in the Control Centre. The pooling of resources, camera coverage and information helps to provide a far more comprehensive picture of the road network and TfGM’s assets. A practical example of how this works is bus operator staff informing TfGM staff of an incident on a section of the highway network not covered by TfGM cameras, thus enabling us to alter signal timings to reduce delays to bus passengers and other road users.

However, it is not just daily operations that have been streamlined and improved. Partnership working in the Control Centre has delivered a step change in the way we can coordinate the transport network during major events.

Managing access to events in a large city region such as Greater Manchester can have its challenges, as the influx of visitors inevitably increases the demand on an already busy public transport system and road network. The Control Centre effectively becomes the city region’s transport hub, with external and internal partners – including Metrolink, rail and bus operators – present in the room to ensure effective planning and tactical transport management for the event. The adjoining incident management room includes comprehensive AV and teleconference facilities that can aid this co-ordination process.

Having the right people in the right place not only helps us to respond quickly and effectively, but ensures a consistent approach to dealing with unexpected incidents. It also helps with the issuing of correctly timed, accurate and coordinated messaging regarding safety and transport options.

The work of the Control Centre team helps to minimise potential transport issues associated with major events, including: failure to properly plan road closures, bearing in mind other pressures on the highways network; pedestrian congestion at stations, stops and transport interchanges; and an already busy public transport system being unable to deal with an unplanned incident such as severe weather causing a power failure on part of the Metrolink network.

The coordination of event management and network monitoring in the Control Centre has worked well during a number of recent large-scale events, making a significant contribution to safe and efficient travel for the public.

On 11 and 12 June 2016 approximately 75,000 music fans visited Heaton Park, north of Manchester city centre, for the annual Parklife festival. More than a third – 28,000 people – used either Metrolink or the dedicated Parklife shuttle bus service to get to the event, making a total of 112,000 journeys over the course of the weekend. In a carefully co-ordinated and executed travel plan, an extended Metrolink service, comprising the sole use of double trams, ran to and from Heaton Park, while a fleet of 116 buses – operated by Stagecoach – also carried music fans quickly and safely. The Parklife Travel Wristband, now in its second year, proved to be extremely popular, giving fans the flexibility to swap between trams and shuttle buses for just £5 a day.

Staffed with a variety of partners over the weekend, the Control Centre managed traffic signal timings effectively and liaised closely with Greater Manchester Police and Highways England to help keep the traffic flowing as smoothly and safely as possible for everyone who drove, caught a taxi or got a lift to the event. Representatives from Metrolink and the bus operators were also based in the Control Centre and provided a link with staff based on the ground that were offering travel advice and support to revellers.

The meticulously planned transport operation and coordinated partnership working were a fundamental part of ensuring a successful weekend for festivalgoers, event organisers and the city.

More recently, on 17 October 2016, the Athletes’ Parade attracted 150,000 people to Manchester city centre’s streets to celebrate the achievements of Team GB and ParalympicsGB in this summer’s Olympic and Paralympic Games. Extra trams and trains were put on and additional temporary park-and-ride sites set up for those travelling in from further afield. Road closures in the city centre also resulted in a large number of bus diversions.

Once again, a carefully planned multi-agency operation ran from the Control Centre, preventing gridlock; keeping people moving; and ensuring visitors travelling by public transport and by car were able to get to and from the event safely and with the minimum of disruption. The regional centre traffic volumes report for the day of the parade shows that traffic volumes were significantly down both inbound and outbound during the evening peak period: a major success for those involved in planning and coordinating the event.

Having a clear, strategic approach to the management of highways across a city-region as large and complex as Greater Manchester – and making sure it works in tandem with tram, train and bus services – is absolutely essential to keep it growing and moving. The Control Centre is, and will continue to be, a key part of this and of TfGM’s mission to make travel easier for everyone in Greater Manchester. 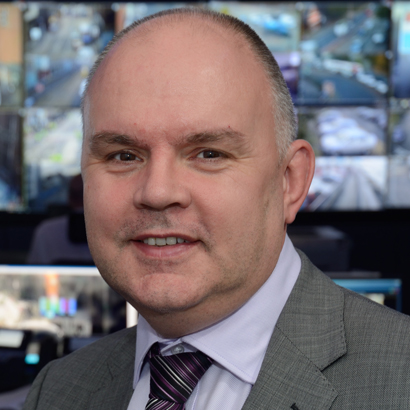