Air pollution, climate change, population growth, urbanisation, congestion…One look at today’s headlines and you might be left with the view that moving around is becoming too much trouble! But mobility is in our DNA and is the lifeblood of both the economy and society. Tackling these challenges is a task facing every society across the world, writes Andy Eastlake, Managing Director of the Low Carbon Vehicle Partnership (LowCVP). 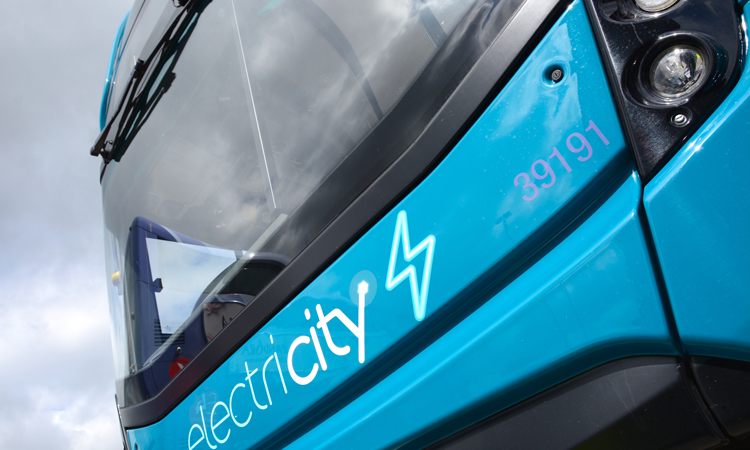 With the entry into force of the Paris Agreement on Climate Change and the victory of the environmental lawyers, Client Earth, over the UK Government in a legal case challenging the country’s progress on urban air quality; the pressure on policy makers and the transport industry to deliver urgent solutions to these twin threats has never been greater.

Work to deliver greener, cleaner buses in the UK has been under way for more than 20 years and this long, collaborative effort is now bearing fruit. Not only in the unique environs of the TfL-managed London ‘bubble’ but, as the latest LowCVP report – ‘A Green Bus for Every Journey’ – shows, these technologies have been adopted by the most progressive operators across the whole of the United Kingdom for every type of operation.

The LowCVP’s first report in this three-part series – ‘The Journey of the Green Bus’ – has shown that innovation and supportive policy over a long period has transformed the bus sector. From being perceived as a part of the problem, it is now considered an important part of the solution to poor urban air quality as well as contributing to greenhouse gas (GHG) emissions reductions.

The second report in the series (which you can find online at www.eurotransportmagazine.com) provides far greater detail on the vehicle and infrastructure technologies that are currently in use across the UK, as well as the challenges that have been overcome during the process of their adoption. The wide range of bus operators featured in the report shows the drive and commitment the industry is making to address the challenges facing the transport sector. The report is intended to provide senior stakeholders in the bus sector – within the UK and elsewhere – with information to help inform purchasing decisions, and encourage the adoption of the most appropriate low emission bus technology and associated infrastructure for any route or application.

The third in this series (to be published in early-2017), ‘Any Journey by Green Bus’, will provide further details about the user experience of low emission buses introduced into many different cities in the UK, speculating how these new vehicles might help to change the perception of buses in the public eye.

All three of the reports have been supported by Greener Journeys.

Maintaining our ability to move around in increasingly congested towns and cities is more critical today than ever before. With road transport being responsible for approximately one quarter of the UK’s GHG emissions and up to 60% of roadside NOx pollution in many cities around the UK, the introduction of cleaner, low emission buses is a key component of a low emission transport future. As ‘The Journey of the Green Bus’ showed, older technology buses historically contributed up to two-thirds of NOx emissions in the most densely trafficked areas.

From its inception in 2002 the LowCVP was focused on helping to bring low carbon buses to the UK market. Building on many years of work by LowCVP members (in particular, Millbrook and Transport for London – TfL) the Partnership developed the criteria for the Low Carbon Emission Bus (LCEB) for the Department for Transport (DfT). This provided the basis for £90 million of support under the four rounds of the government’s Green Bus Fund and complementary BSOG incentives. There are now almost 4,000 buses on UK roads that meet the LCEB criteria and more than 40% of buses sold in the UK in 2015 reached the criteria. Furthermore, over half of all 2015 bus registrations met the Euro VI low emission standard.

Following further policy development, the LowCVP supported the UK’s Office for Low Emission Vehicles (OLEV) and DfT in producing the new Low Emission Bus (LEB) criteria. These provided the basis for the recently announced Low Emission Bus Grant; a £30 million fund to run over three years (2016–2019) which is designed to stimulate the purchase of the latest low emission buses.

A wide range of technical solutions have been adopted and, validated through real world checks and representative emissions tests, are now delivering clear and demonstrable air quality and carbon benefits. The technologies adopted include the full spectrum of hybrid solutions including plug-ins; micro-hybrids and smart ancillaries; battery electric buses; and a range of fuel and other solutions including buses powered by renewable hydrogen in fuel cells and biomethane.

Air quality regulations have been set in Europe for various air pollutants to protect human health. Whilst much has been achieved to date, the latest data shows that at least five regions in the UK are still facing an immense challenge in meeting European air quality standards for nitrogen dioxide (NO2). The buses meeting the new LEB criteria meet every standard needed to operate in Clean Air Zones including London’s planned Ultra-Low Emissions Zone (ULEZ).

UK Government funding and policy has been critical in kick-starting the market for low emission buses; helping manufacturers get out of the low production/high cost conundrum and move through prototype vehicles to demonstrations, trials and – ultimately, for some technologies – full commercial operation. The Low Emission Bus Grant has provided funding to bus operators for both low emission buses and the necessary refuelling/recharging infrastructure.

To return to my opening, reflecting on the challenges facing future mobility; a common theme across all is the limitation on finite resources, including space.

There are, however, quite dramatic changes taking place, driven by the revolution in digital technology and, for example, provided via ‘apps’ on smart phones and other devices, in peoples’ mobility choices. The rise of applications like Uber and Lyft are amongst the most high profile and, perhaps, immediately impactful heralds of the change, but people are increasingly using rapidly developing systems to make more informed travel choices. The balance between the cost of private car ownership and the convenience of travel using other vehicles and modes in many urban areas across Europe is changing rapidly. Buses will often provide the most effective use of road space (per passenger) and the most flexible and lowest carbon and emissions impact per passenger mile of any transport mode, so are one potential beneficiary of the radical changes now under way.

The use of information technology delivered to hand-held devices is increasingly allowing people to make decisions in real-time about the most convenient or efficient means of getting from A to B. In many situations, this can be the bus. The integration of new technology into areas such as flexible routing, vehicle sizing and other areas of buses’ operational logistics also has the potential to increase bus patronage.

Though it is likely to be a little further in the future, the great and growing interest in autonomous and increasingly automated vehicles is a potentially significant part of the (ever more complex) outlook for transport in both urban and rural areas. While we may be some years away from driverless buses, vehicle automation is likely to play an increasingly prominent role in the thinking of bus operators with further potential and important gains in terms of emissions, safety and cost.

The first critical step on this journey, therefore, is that the buses in operation – particularly in pollution-sensitive urban areas – are using the best, lowest-emission technology available.

Though successful steps have been taken, as ‘A Green Bus for Every Journey’ shows, there is a need for continuing support from the government and for the consideration of the impact of fiscal incentives (such as the influential Bus Service Operators’ Grant in the UK) to maintain the business case for operating low emission buses.

There is also a clear imperative to maintain the successful, collaborative approach – facilitated by organisations such as the LowCVP – that has helped to deliver the world-leading progress in the UK so far. With new fuels and technologies moving into the mainstream, manufacturers, operators and government bodies/agencies will need to work with new infrastructure, technology and fuel suppliers. Electric bus operators and manufacturers, for example, now have to work closely with local electricity network operators to manage impacts on the local grid. The web of interactions between stakeholders is, if anything, getting even more complex.

The journey of the green bus is now well under way in many countries and, we believe, the UK is one of the front-runners in this area. As the new report shows, there is now ‘A Green Bus for Every Journey’ but there are many new routes to be travelled and challenges to be overcome before the ‘green bus’ reaches its ultimate destination.

Andy Eastlake was appointed LowCVP’s Managing Director in April 2012, after serving both on the board and for many years as Chair of the Members Council. Andy has a strong background in vehicle engineering, specialising in powertrain developments, fuel efficiency and emissions. As Managing Director he has been closely involved in the design and implementation of the latest testing and accreditation schemes for a variety of vehicles, including buses and HGVs; supporting DfT and OLEV in stimulating the uptake of low carbon technologies. The LowCVP have long championed the need for low carbon fuels and energy used in the most efficient vehicles and their work with the government aims to accelerate the market to achieve this. Andy is also a Board Member of CENEX and a Fellow of the Institution of Mechanical Engineers. 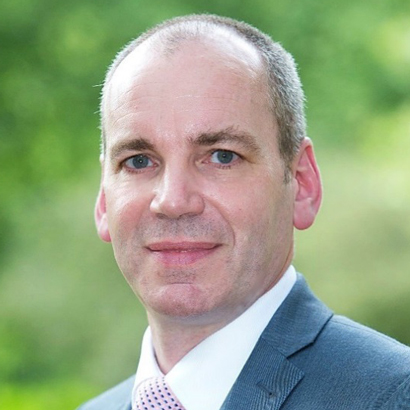