Driverless technology – a commitment to the future

Advances in automation technology are making waves across all areas of daily life and passenger transport is no exception. International transport operator Keolis is leading the way in innovation in this arena – recently introducing the world’s first driverless public service on a road with restricted access in Lyon, France. Laurent Kocher, Executive Director of Marketing, Innovation and Services at Keolis, discusses the company’s commitment to driverless technology, the Lyon trial, and what automation could mean for the future of transport. 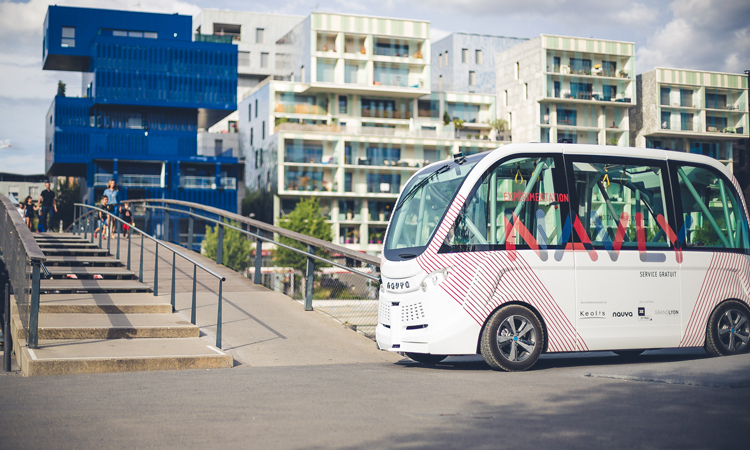 To keep pace with increasing consumer demand for smarter, more accessible and integrated transport, it is essential that the industry embraces new technologies. Keolis has always strived to be at the forefront of innovation in all its operations, aiming to improve intermodality, digitalisation and sustainability with every new approach. By taking advantage of new trends and technologies, passenger mobility can be improved across the transport spectrum – be that buses, trains, light-rail or even bicycles.

Autonomous vehicles are a perfect example of this. Driverless technology can be used alongside other modes of transport to provide a seamless passenger experience and open up a modern, attractive mode of transport to an ever-increasing customer base. Autonomous vehicles can run for longer hours without the need for a driver, offering passengers a potential 24-hour service, as well as improving safety by almost eliminating the risk of accidents through human error – which currently accounts for 90% of all road accidents.

However, this does not necessarily mean it is suitable in every situation. Automation should complement, rather than conflict with, existing transport modes. It can nevertheless provide a safe, sustainable and consistent transport link to areas of a city that may be infrequently served by current modes, or for the first and last mile of a passenger’s journey – for example, within the footprint of airports, universities or large-scale tourist attractions.

As part of our business development strategy, Keolis is committed to exploring the opportunities presented by driverless technology and what it can bring to a smart city. In early-2016 a partnership was formed between Keolis and NAVYA1, a French company that specialises in manufacturing autonomous systems, to support the development of autonomous transport. As a result of this partnership, in September 2016 the NAVLY driverless shuttle service in Lyon was launched.

A trial for the future

The NAVLY trial represents a significant shift in the use of autonomous vehicles – the first time the technology has been actively used for public transport in a large city.

Lyon, with a population of over 1.5 million, was an ideal location, not only for its growth potential, but for its focus on eco-friendly initiatives. Running 1.35km alongside the Saône River, the free service carries passengers between a large shopping centre, several large company headquarters, and Lyon’s natural history museum. The service is designed to boost intermodality by providing a vital link between two busy tram stops, using two 15-passenger capacity shuttles travelling 20km/h on a designated path, free of traffic lights or pedestrian crossings.

The NAVYA ARMA shuttles were designed to be as ecological as possible, powered solely by electricity and able to run continuously and noiselessly for up to 13 hours between charges. Safety is of the utmost importance and each shuttle is equipped with the latest in precision navigation and monitoring software to manage operations and avoid any obstacles. The on-board technology is so advanced that shuttles don’t require manual steering or pedals, and are designed with passengers’ comfort in mind. Although the shuttles are driverless, a trained conductor is on board at all times to provide customer assistance and retain a human dimension to this transport of the future.

The one-year trial in Lyon was intended to set a pioneering example for the future and has so far been an unprecedented success. The trial was intended to carry 100,000 passengers over the course of the year, and with ridership climbing to 400 passengers daily, it is set to far exceed this. Stakeholders and passengers alike have reacted positively to the cutting-edge technology, commenting on the comfort and safety of the shuttles and embracing the potential that automation can bring to their city’s transport network. The trial also offers the opportunity to fine tune the shuttles to perfection. However, no major technical issues have been recorded since the route’s implementation.

As successful as the Lyon trial has been, the industry still requires a significant step change in order for autonomous services to truly leave their mark on public transport.

At present the largest obstacle facing driverless technology is the associated legal implications. In most countries driverless vehicles are only permitted to run along private roads. However, in August 2016 the French government amended its laws to allow their operation to run publicly. This is set to not only encourage further trials across the country, but also entice other countries to follow suit in amending their driving laws. Autonomous public transport presents a huge opportunity to create intermodal cities across the world, but without legal encouragement, progression is limited.

Likewise, although driverless technology is continuously becoming more sophisticated, transport operators must commit to assimilating automation into their existing networks, and invest in its development to take advantage of the opportunities it offers.

Customer experience has to remain at the heart of an automated service, and support must be readily available to passengers. Although the Lyon shuttles currently feature a trained conductor at all times, it is hoped that by the end of the trial, the service can become fully autonomous, creating a challenge of how to maintain the same level of service without an on-board presence. Support must then be easily accessible through other dedicated channels like social media and customer service teams, to answer questions and provide assistance when needed.

However, with support from the wider industry, these challenges can be met – the long-term benefits of autonomous transport services offer too much potential to be wasted. Automation can help create a smart, integrated city, with more services, less pollution, safer roads, and significant economic savings for both local authorities and transport operators. For example, figures from NAVYA have shown that operating the same stretch of bus network 24 hours a day using autonomous vehicles would be approximately eight times cheaper than with a standard bus.

In addition to France, countries across Europe, China, the US and Australia have begun to test driverless technology in small towns and on private roads, signalling a broader industry movement towards automation.

In January 2017 Keolis and NAVYA partnered with the City of Las Vegas to introduce the first driverless public transport vehicles to operate in the US. The shuttle travelled between Las Vegas Boulevard and 8th Street alongside regular street traffic for a week. On a larger scale, although not fully driverless, Mercedes-Benz has begun to trial its semi-automated Future Bus to link the 20km stretch between Amsterdam-Schipol airport and the town of Haarlem in North Holland. The fact that driverless services are being introduced as a way to complement existing transport hubs shows a much needed shift in thinking towards a more connected city – one that places the ease of passenger travel at its heart.

The autonomous vehicle still has a long way to go before it can reach its full potential, but signs that leading transport providers are beginning to find ways to incorporate it into existing networks are extremely promising. As with any major innovation, a concerted effort from the entire industry is needed to integrate such a large step change and, given the futuristic nature of vehicles driving themselves, this may understandably take some time. However, once made the opportunities for truly passenger-led, intermodal transport networks are endless.

Laurent Kocher began his career at IBM France where he later became head of the Business Unit for Hosting and Transactional Services. He was named CIO of the France Telecom group in 2009 and CEO for France at the Atos Group in 2011. Laurent was appointed as Keolis’ Executive Director for Marketing, Innovation and Services in January 2014. 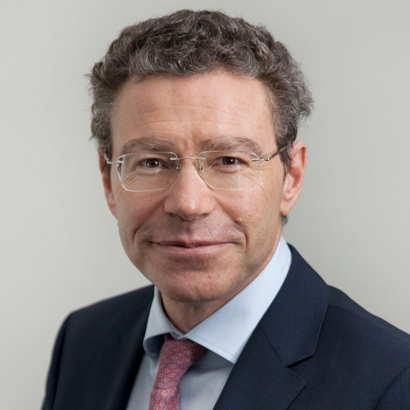