Automation and the future of public transport

As automated vehicle technology continues to evolve at speed, José Viegas, Secretary-General from the International Transport Forum (ITF), explores what autonomous driving means for the future of public transport. 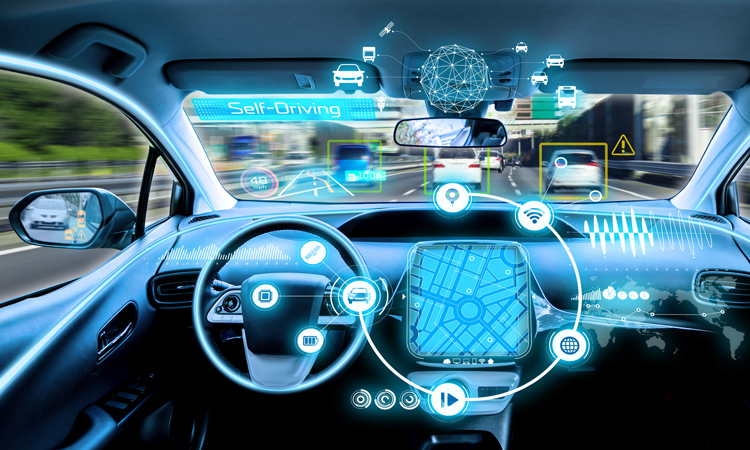 Few transport issues have made global headlines over the past year more than self-driving cars. The public imagination has been captured by the image of cities buzzing with autonomous vehicles, and now car manufacturers and IT giants are locked into a multi-billion dollar race to make this a reality, while governments are busy reviewing their rulebooks to prepare for the age of the self-driving car, truck and bus. The debate has rapidly shifted from whether it will happen, to when it will happen and how it should happen.

Public transport has long been ahead of the curve. London Underground’s Victoria line has been using Automatic Train Operation since 1967. The SkyTrain in Vancouver (the world’s longest automated transit line) has been in operation since the 1980s. In Paris there are two automated metro lines and a third being prepared.

In total, approximately 90 fully-automated metro lines serve passengers around the world. Some are quite new, such as in Copenhagen, while others, such as the Paris metro line 1, were retrofitted specifically for driverless operations. Retrofitting is expensive but can make sense because operating costs fall and service levels improve. In the Paris metro operator’s quarterly analysis1 both automated lines regularly occupy the top slots for reliability and they also topped a user ranking2 published in 2014.

A head start for public transport

Guided systems such as metros operate in controlled conditions. Robot drivers thus need to crunch far fewer parameters than are required to move through dense mixed-traffic city streets. Bus lines operating on dedicated lanes (such as BRT systems) or in areas with restricted traffic (such as university campuses) will thus likely be among the first road-based transport systems to go automatic. Some pilot projects are already putting fully-automated (mini) buses into complex normal environments – for instance the Navly project in Lyon3, France.

Technology and new business models are evolving quickly. Robo-taxis are being tested in Singapore4 and Uber has launched an autonomous car pilot project in Philadelphia5. So what will public transport’s lead in automation be worth when standard cars become driverless? All of a sudden, individual car transport could become a highly attractive option for some of the current core users of public transport – such as families with busy schedules. On-demand availability may prove hard to beat by a service that is in effect defined by operating along fixed routes on fixed timetables.

In today’s public transport world, the operators decide where customers may take a bus and when, and providing customers with real-time information is already considered a state-of-the-art service. With the advent of self-driving, this operator-centric logic may become obsolete. Self-driving technology in conjunction with smart demand management gives public transport the power to, literally, expand beyond well-trodden paths.

Imagine a fleet of self-driving, on-demand buses that operate in broad corridors which do not serve stops in a defined sequence; advanced algorithms allow small- to mid-sized buses to operate in a swarm-like pattern across a designated area, picking-up and dropping-off passengers on request, with journeys constantly optimised for each bus and its clients.

Such a responsive approach would provide improved customer service and encourage competition with cars – self-driving or not. Walking long distances to a stop would disappear and many transfers would become obsolete – both are known factors that prevent users from utilising public transport. Also, by matching supply to real and not just latent demand, operators can reduce costs and increase occupancy rates.

This is what is ultimately driving the ‘great transport transformation’ and the challenge public transport must also tackle is the curse of empty seats by creating the right incentives for citizens to share unused vehicle space, no matter whether in cars (taxis or private) or public buses.

It’s all about occupancy

If self-driving private cars become the new ‘normal’, with the same average occupancy rate of around 1.2 to 1.5 passengers, then congestion and emissions will go up, not down, because more miles will be driven, not fewer. But if occupancy rates are doubled to just 2.4 passengers, the same level of mobility could be delivered with only 10% of today’s vehicles; in simulations that included demand-responsive buses with as little as 3% of the current number of cars. This has been shown by recent ITF research based on real mobility data from a mid-sized European city, and we are currently studying the transferability of the result with data from other cities around the world.

Public transport has been a strong and early leader in transport automation. If it adds to that leadership by developing new, more user-centric business models, it will truly make the world a better place.

José Viegas is the Secretary-General of the International Transport Forum at the OECD. José had a distinguished career in academia and in the private sector before joining the ITF in 2012. In 2015/2016 José was a member of the UN Secretary-General’s High-Level Advisory Group on Sustainable Transport. 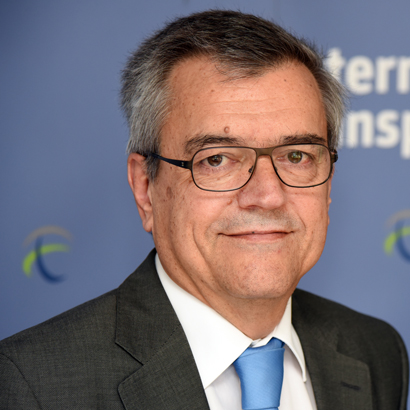