An economic agenda for smart and integrated travel

The UK’s economy is unbalanced, with London and the south-east outperforming the rest of the country. The Northern Powerhouse Independent Economic Review, which was commissioned by Transport for the North (TfN) in 2016, highlighted that for the last 30 years GVA (Gross Value Added) per capita in the north of England has been consistently about 25% below the average for the rest of England; and 10-15% below the England average excluding London. John Henkel, Executive Sponsor of TfN, explains how the transport sector is working to bridge this significant gap by thinking ‘smart’ and ‘integrated’. 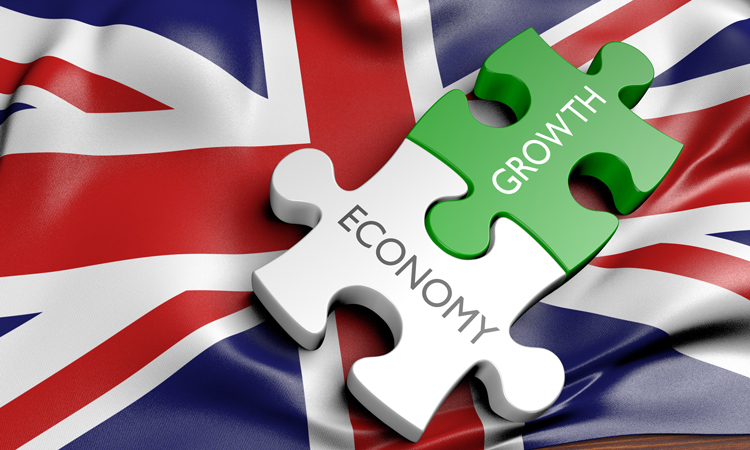 Whilst levels of unemployment have an impact on the North’s GVA, the Review found that productivity accounts for the largest proportion of the ‘performance gap’ with the rest of England. The main factors driving this productivity gap were identified as follows:

This persistent economic gap between the North and the national average necessitates a radical change in the economy of the North and investment in transport infrastructure and services is fundamental to effecting this change.

Transport for the North, which will become the first sub-national Transport Body in 2017, is charged with driving transport investment and, as such, is developing a pan-Northern Strategic Transport Plan. This will be based upon transformational improvements to road and rail; freight movement; international connectivity and integrated and smart travel.

In early-2016 TfN, jointly with the Department for Transport (DfT) and Transport Focus, commissioned primary research to gather insights on and input from customers across the North. The key findings included customer views as follows:

The Integrated and Smart Travel programme complements the wider TfN agenda by enhancing the usability and attractiveness of public transport services across the North. It seeks to achieve this by means of simple and clear pricing structures, enhanced information services and easy ways to pay for travel. The programme vision is as follows:

‘Make it easier to work out the best options’

…provide joined-up information, both for planning journeys and for updating customers on any changes whilst travelling.

‘Make the pricing simple to understand’

Provide a legible and straight-forward fare structure, especially within urban areas, initially offering a joined-up pay-as-you-go service across all urban areas, then developing this further to assure customers are offered a ‘fair-price promise’. This will reassure passengers that they are getting a good fare for multiple trips.

‘Make it easier to pay’

To allow most customers to simply turn up and travel, using one of a range of smart devices as their ticket. All their travel across the region can be managed from a single account.

The programme is focused on delivering a customer proposition that is centred on the customer experience principles as shown in Figure 1 on page 00.

Role of Transport for the North

Integrated and Smart Travel will be a key component of the pan-Northern Strategic Transport Plan being developed by TfN. It addresses barriers to public transport use and complements the enhanced connectivity (capacity and journey times) plans that are being developed through the road and rail programmes.

The approach to Integrated and Smart Travel recognises that transforming the customer experience will require a shared vision and collaboration between TfN, transport operators, local transport authorities and ‘local enterprise partnerships’.

Transport for the North has the remit to develop a pan-Northern approach and, working closely with partners, has set out a programme that will deliver customer benefits through a phased approach over the next eight years. A programme approach has been adopted as this mitigates some risks in addition to providing early customer benefits. The programme approach also facilitates consideration of changes in customer aspirations and developments in technology, such as the use of smartphones for journey planning as well as ticketing and payment.

The end result will be a ‘tap-in’ Smart and Integrated Ticketing system, which can be used on all public transport modes across the North. This will be accompanied by a ‘fair-price promise’, so that customers will know their combined fares would not exceed the cost of a daily/weekly travelcard or similar product. In parallel, customers will be supported at all stages of their journey through journey planners, disruption messaging and customer support services.

The programme seeks to exploit previous investment in ITSO (the UK’s smartcard ticketing specification) smartcard ticketing systems whilst developing the systems and infrastructure for customers to use a contactless bank card or ITSO smartcard (or mobile phone acting as such). These will include a ‘fair-price promise’ for what they will be charged. The programme also recognises the value of enhanced customer information and the need to, over time, rationalise and simplify fare structures. The programme implementation is illustrated in Figure 2 on page 00.

The main implementation role for TfN will be working with partners to acquire those capabilities that would not otherwise exist because no other organisation has that responsibility. For example, TfN is collaborating with transport operators and local transport authorities to develop, specify and subsequently procure and manage a back office for account-based travel with the ‘fair-price’ capping promise. Transport for the North is also working with Traveline (the UK national public transport information service) to explore developments such as the inclusion of bus fares in journey planners; streamlining the provision of information about service disruptions; and developing open data initiatives.

There is a need to deliver early customer benefits as well as developing systems and services for travel based upon contactless payments. Transport for the North is therefore working with the DfT, Rail North, Arriva Trains Northern and First Transpennine, Merseytravel and MerseyRail to offer customers ITSO smartcard for rail travel (period tickets and carnets) from 2017/2018 – in line with the Secretary of State’s ambition for smart ticketing on the rail network.

John Henkel is the Executive Sponsor for Transport for the North’s ‘Integrated and Smart Travel’ programme. John has extensive experience of transport planning, programme, project and service delivery through his director roles since 2001 at the West Yorkshire Combined Authority and West Yorkshire Passenger Transport Executive. He has overseen a range of bus and rail infrastructure projects, including new bus and rail stations and high profile bus priority and cycle infrastructure schemes, as well as real-time information systems and smartcard ticketing. John has also led the development of city region transport plans and strategies as well providing transport input to development plans. John has been a Director of pteg, Urban Transport Group (UTG), ITSO, ITSO Services Limited and Traveline.

Related organisations
Transport for the North 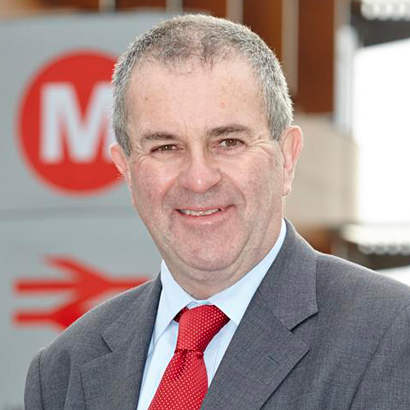 By John Henkel - Transport for the North

Transport for the North

How increased digitalisation in rail can attract more passengers