Nexus, the public body which owns and operates the Tyne and Wear Metro system in North East England, is looking to secure £550 million of funding for a new fleet of trains. The Managing Director of Nexus, Tobyn Hughes, outlines the next steps towards securing Metro’s long-term future. 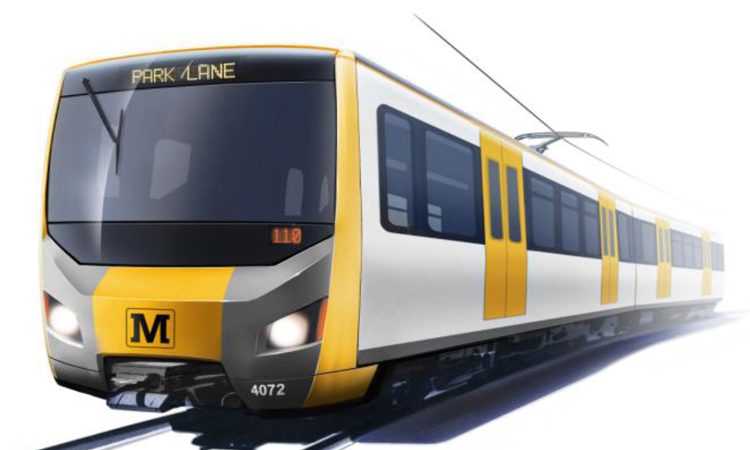 This is how the Metro’s new fleet could look

With 60 stations, around 40 million passenger trips per year and trains running up to 19 hours a day, the Metro network has made a major contribution to North East England since 1980.

Under the ‘Metro: all change’ programme, much of the network’s infrastructure is being renewed so it can continue to serve future generations of rail travellers in the area.

Phase 1 of ‘Metro Reinvigoration’ saw the introduction of a new ticketing system and some station improvements. Phase 2 concerned a large-scale renewal of ageing infrastructure such as track, electrical and communications equipment and stations, between 2010 and 2021.

Phase 3 will see us take Metro into the future, developing Metro and local rail services together to enable the North East to thrive economically and socially.

The Tyne and Wear Metro is badly in need of a new fleet of trains. The current 90-car fleet was constructed in the late-1970s and many components are life-expired. This is contributing to a very unstable operating environment, with train failures leading to delays and trains being withdrawn from service.

An outline business case for investment in a new train fleet has been prepared and presented to the UK government, along with a draft specification for new rolling stock. The target date for the introduction of a new fleet is the early-2020s.

The cost of a fleet capable of replicating the current timetable is estimated to be in the region of £300 million. An associated upgrade to the signalling system may cost an additional £100 million, updated depot facilities could cost in the order of £50 million, and upgrades to the electrification equipment could add a further £100 million. The total cost of a new fleet could therefore be around £550 million.

The rolling stock specification will focus on providing a new fleet of Metro cars which will provide a step-change in customer experience and be future-proofed to provide reliable and affordable Metro services for the next 30 years. To achieve our policy objectives, we must achieve high levels of reliability and comfort in order to build passenger satisfaction with the system. We will also aim to reduce Metro’s carbon footprint.

However, given the Metro system’s reliance on public subsidy and, because of the important role Metro plays in underpinning the local economy and our desire to maintain fares at affordable levels, we also need to keep ongoing operating costs to a minimum and deliver value for money.

This involves specifying a Metro fleet that shares as many common features with other fleets as possible, basing our design features on customer feedback and lessons learned by other Metro systems, and examining the potential for new technology to deliver operating efficiencies. 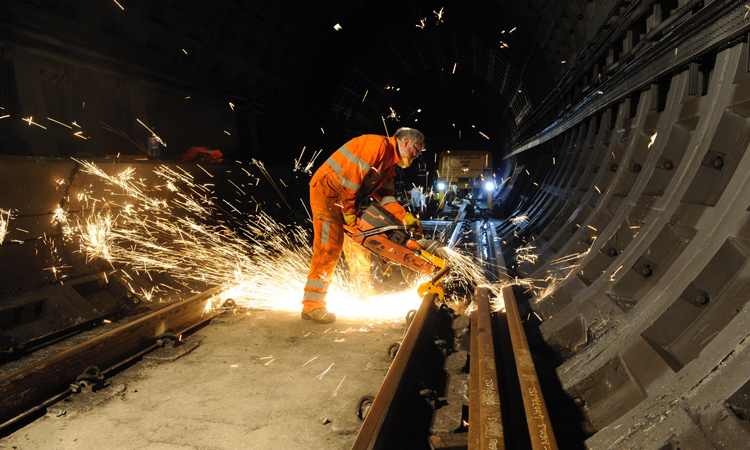 Phase 2 of the Nexus ‘Metro: all change’ programme concentrates on large-scale renewal of ageing track

The future arrangement for Metro operations is likely to be built around the acquisition and deployment of a new fleet of trains, to be operational in the early part of the 2020s. This is likely to be a very different proposition to the one in place today, in which the operator is responsible for delivering a wide range of operational and customer-related activities.

The OJEU process to procure a new operator effective from 1 April 2019 will commence around June 2017, by which time funding for the new fleet and ongoing revenue support will hopefully be confirmed. An outline business case for investment in a new train fleet has been presented to ministers and civil servants, and we are now working with the UK government and the North East Combined Authority (NECA) to identify the funding options.

The operating concession arrangement on Metro, which was awarded to Deutsche Bahn in 2010, ended on 31 March and we have an interim arrangement to cover the period of April 2017 to March 2019, which will involve Nexus directly managing the Metro system. During the two-year period of direct management, the Metro business will be reshaped so it is ready for the introduction of new trains.

We have already carried out an extensive consultation exercise to find out what our passengers want from the new train fleet. They gave an overwhelming thumbs-up to London Underground-style linear seating when new trains are introduced to the system in the years ahead.

We have talked to our passengers early on so their views can be reflected fully as we complete the business case for trains and approach potential suppliers. By working with the UK passengers’ champion, Transport Focus, and experts in community research from Newcastle University’s Open Lab, we have gathered valuable independent research alongside our own consultation.

Metro is the busiest local rail system outside London and our passengers have shown a clear preference for linear seating because of the space and flexibility it provides. There are many other important findings and suggestions from this research about what people want from the detail of train design. Because we have involved our passengers, we can now challenge potential suppliers to study and respond directly to this research – and to meet and talk to passengers themselves as the design process moves forward. 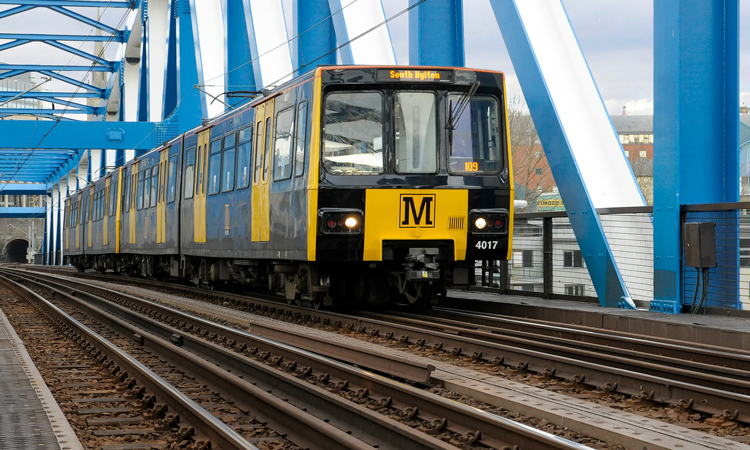 A Nexus Metro train on the Queen Elizabeth II bridge

We are currently midway through Phase 2 of the ‘Metro: all change’ modernisation programme. Through this we are renewing and rebuilding many parts of the Metro system. Track; embankments; signalling; ducting; bridges; tunnels; stations; IT and communication systems, as well as many other features, all make up the fabric of the Metro system. Many of them were built and installed during the 1970s, although large parts of the system are much older than that, including structures that were built by the Victorians over 150 years ago.

The Metro Reinvigoration programme is designed to progressively replace and renew life-expired assets to reduce the risks of infrastructure failure, to improve operational reliability and efficiency, and to ensure that the system can keep operating long into the future.

Our current arrangement with the UK government has seen over £200 million, out of a programme totalling £350 million, invested since 2010, to be delivered through to 2021. However, this is far from the end of the story. The investment required will remain on an ongoing and permanent basis if we are to keep the Metro’s fabric in a suitable condition to operate a reliable train service. We are therefore preparing a business case to obtain UK government funding in the Metro infrastructure owned by Nexus, for a further 10-year period. This investment will continue to be based on asset condition, as it has been throughout the renewal programme so far.

Metro Reinvigoration Phase 2 has provided a step-change in investment in essential renewals through the Asset Renewal Programme since 2010; 90% of the current level of capital investment is provided in the form of capital grant from the UK government, with a 10% local contribution. As we plan our programme of renewals for the years 2021/2022 onwards, we are also discussing future funding arrangements with the UK government.

North East England contains a legacy of disused rail corridors, curves, junctions and spurs and some freight-only lines. Some of these could allow for the expansion of the local passenger rail network, linking to the Metro network in places, at a modest cost. It also gives rise to new options, not previously considered – including to parts of the area that are currently a long way from the existing Metro system. As part of the work to develop feasibility, Nexus will establish funding options looking at a wide variety of local, national and international sources of finance for both capital investment and associated operational costs. These could potentially include developer contributions, planning gain, and investment from private sector partners. 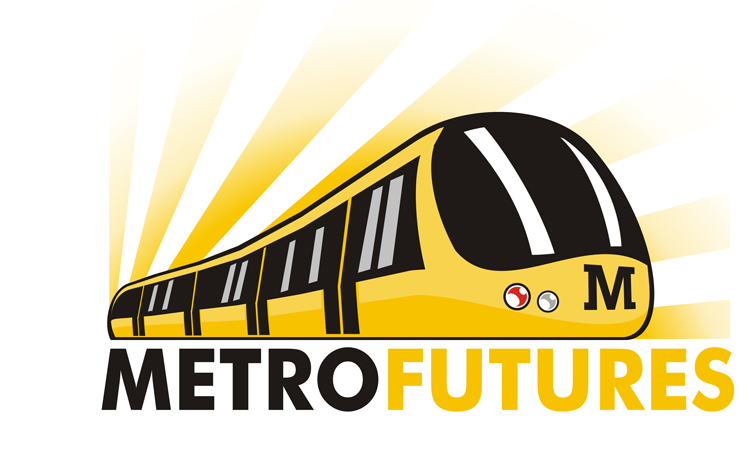 At nearly 40 years old, the Tyne and Wear Metro trains are due to be replaced

Tobyn Hughes has been the North East Combined Authority’s Managing Director for Transport Operations since January 2015. In this role he leads Nexus, the public body responsible for providing high quality integrated public transport services through the Tyne and Wear Metro system, Shields Ferry, bus, ticketing and information services. Tobyn is passionate about improving travel for people who live and work in North East England. He has launched projects to acquire new Metro rolling stock and to expand the system, and introduced the ‘Pop’ smartcard that can be used for ‘pay-as-you-go’ travel on the Metro and local bus services. He has extensive knowledge of the commercial, operational and regulatory environments involved in rail, Metro and local bus services. Tobyn also plays leading roles in Rail North, Transport for the North, and the Urban Transport Group where he has recently been appointed the group’s Chair. A Newcastle University graduate, Tobyn has over 20 years of experience working in aviation, bus and rail transport. He has recently been invited to become a Fellow of the Institution of Civil Engineers. 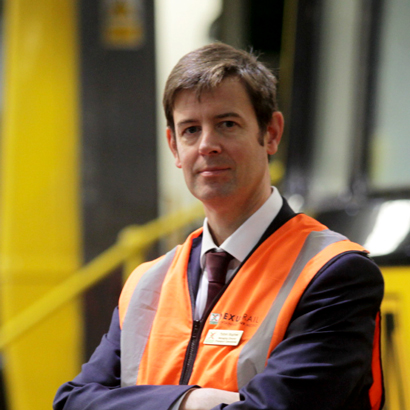