Investigating the reasons behind the UK’s lack of electric vehicles

Dr Colin Herron CBE, Managing Director of Zero Carbon Futures, offers his explanation on why the UK is not witnessing better adoption of electric vehicles at the moment, and how this can be solved. 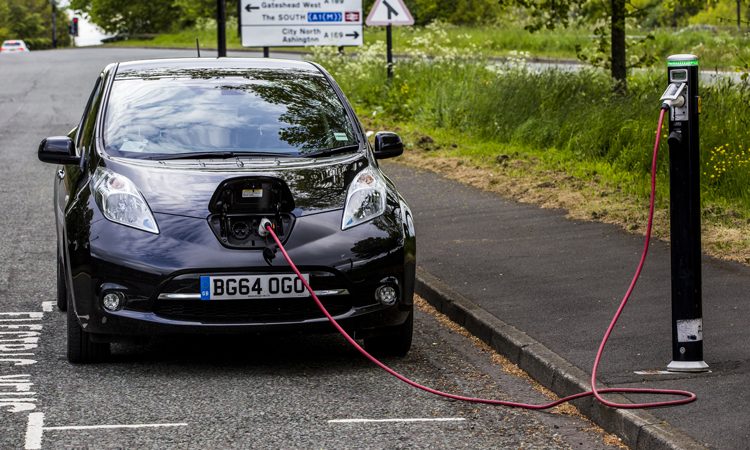 The reasons behind the lack of electric vehicles (EVs) in the UK has been the subject of much speculation and mainly centred on customer perspective, regarding range anxiety, lack of infrastructure and cost. I would like to present, on behalf of the car manufacturers, what I believe to be the actual reasons for the lack of EVs.

Quite correctly, the UK government has been trying to create an environment that will maximise adoption, which has had some success as seen by EV waiting lists. The whole transition to EVs falls nicely into the P.E.S.T.L.E model (Politics, Economics, Social, Technical, Legal and Environment) but I want to focus only on the technical aspects, as it is here that I believe there may be some overlap of questions between drivers and senior decision makers in the boardrooms of the carmakers.

For the driver/customer the questions are frequently ‘will I manage with the range?’, ‘will the battery last?’ and ‘will the re-sale value be good?’. For the carmakers, similar decisions/questions exist, but the scale is considerably bigger and the unknown makes the decisions difficult. Governments and shareholders also have a large interest in the strength and survival of the industry – subsequently they are part of the decision-making.

All boards of carmakers are facing a product transition, the like of which they, as individuals, and the industry may not see again. Board members are required to select the correct replacement for the internal combustion engine (ICE) and importantly, when to make the change. The costs involved are huge and the technical decisions likewise, plus the associate reputational risks.

I am proposing that it is the battery, which is causing the angst and debate in boardrooms. I suggest that this debate is focused on four questions:

Each question requires good intelligence and I would suggest that once the chemistry/structure has been decided, the rest will form an introduction plan.

The arrival of the Nissan Leaf with its quite limited 24kWh battery set in place a new and as yet not normalised paradigm in personal mobility. This was a very bold move by Nissan whilst the vehicle – clearly a family car – had restricted range and the UK only basic public infrastructure. I personally owned one and in three years never bettered 90 miles on an outing. Sales were slow with only a portion of the annual available capacity utilised. It is reasonable to suggest that it was not a sales success, but it did not fail and in doing so changed perceptions and started a movement with Renault and Tesla towards a solution, which seems set to dominate for the near future.

When will all carmakers produce serious volumes of EVs? This lack of decision-making or transparency is causing major problems for legislators and supporting businesses such as recharging infrastructure providers. Businesses are trying to create their own strategies from press announcements, soundbites and third party predictions, the latter being the most optimistic.

What is holding up decisions?

I will try to answer this by entering the world of the decision makers and examining current/recent behaviour. I will present three groupings to try to contextualise where the car companies are now. I will call them ‘Jumpers’, ‘on the fence’ and ‘looking at the fence’.

These companies recognised that the Li ion battery technology was probably a stopgap and even with its limitations it could be effective for many people. This decision came with considerable costs and risks to the few who ‘jumped’ and entered the market some seven years ago. What was the benefit of ‘jumping’? The companies who went first became the current market and brand leaders. The companies also obtained an enormous amount of learning and tacit knowledge about the product from the user and the car itself. The danger was failure but there is a current danger that a new technology could still take away the gains.

These companies believe they need to do something, but are not committing in the short term. Some vehicles were released but in small numbers; the noise in the media suggests a lot more than the reality.

Looking at the fence

These companies either promote an alternative technology or concept cars, but do not produce actual vehicles.

The ‘Jumpers’ have a clear market lead and have upgraded the current models, but have not expanded their model range. Their latest models are selling out with waiting lists. In Europe and Asia, the make or buy seems to have moved to buy.

The ‘on the fence’ are going to have to move soon as the pressure intensifies through legislation and customer demand. The remaining companies (looking at the fence) will have to jump very soon.

What is causing all the angst? I believe it is the battery. Battery/chemistry has gone through some improvement, with the current way to increase capacity squeezing more cells into the same envelope. The problem with Li ion is that without the obvious winning features of no vehicle emissions and running costs they are inferior to the incumbent (ICE). Even so, people are buying up the current capacity which within the EU is circa 150,000 vs current ICE sales of 15 million. Without more manufacturing capacity, sales will plateau very soon. EU sales of battery EVs in 2017 was 133,000 so we will soon be relying on imports.

What are the car companies waiting for?

The simple answer is a battery, which performs as well as ICE or very close to it, i.e. with a five minute fill time and 300 mile range for a family car. Li ion cannot deliver on this so what can? The bets are on Solid State batteries. The problem is when will they be available (aka production lines producing thousands) and at what price.

The whole of the car industry has an interesting decision to make; do we go with Li ion or do we wait for the Holy Grail (Solid State). Until the real problem of what replaced the current battery technology is solved, we will continue to have a shortage of EVs. This means targets set by governments and forecasters predictions will be meaningless. Current cell capacity installations in Europe are real but 1 million 40kWh cars need a 40GWh plant, which is 20 times the size of the current Nissan plant and 1/15th of the requirement for all of Europe.