Keith Prince, the transport spokesman for GLA Conservatives, explains why he thinks Sadiq Khan needs to do more to ensure London’s transport network is safer and cleaner, with a better grip on its finances. 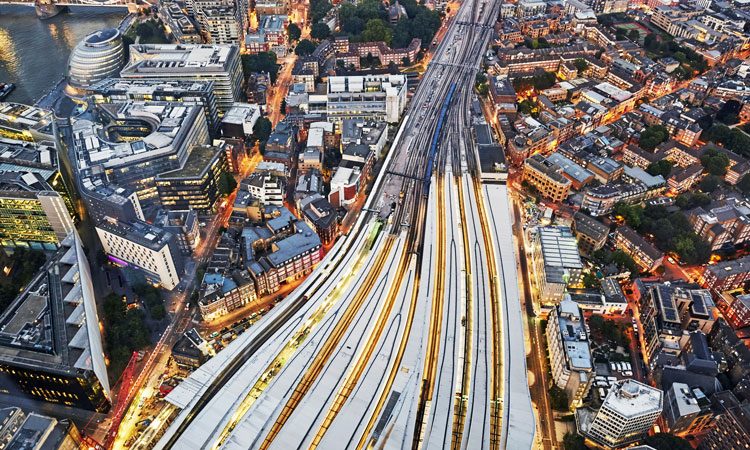 The London Assembly doesn’t meet over August, making it a good time to take stock and reflect.

Agree with him or not, Sadiq Khan’s transport team have been far from inactive in recent months. Most aspects of London’s transport network, from its roads to the Underground and cycling, are due to be affected by new announcements from City Hall.

But are these the right policies? Is London’s transport network moving in the right direction under this Mayor? For me, it’s a resounding no.

Khan is rapidly gaining a reputation as financially incompetent

So many of London’s transport problems stem from the terrible state of TfL’s finances. Khan has blown a £1 billion black hole in the budget, which has come about as a direct result of the Mayor pursuing reckless and irresponsible policies such as his partial fares freeze. By advocating populist policies such as this one – which, incidentally, will cost upwards of £640 million – the Mayor has been forced to abandon vital infrastructure projects like the much-needed, capacity-boosting new trains on the Northern and Jubilee Lines. This financial mismanagement affects smaller projects too. For example, the stretch of the A40 between Northolt and Hanger Lane desperately needs a new central reservation but as TfL cannot afford to replace it, the road speed has been reduced from 50mph to 30mph.

It is not just future projects that have faced the chop – the Mayor is also squeezing existing transport infrastructure in a vain attempt to clear up the mess he has created. Despite pledging not to, the Mayor will be cutting London’s bus network by six per cent by 2019/20, with both inner and outer London being hit by a net reduction in capacity. These cuts will affect the people who rely heavily on buses the most – namely the least well-off and the elderly.

Khan is rapidly gaining a reputation as financially incompetent and this has serious ramifications for the office of the Mayor and its powers. Last month Khan’s Deputy Mayor for Transport, Heidi Alexander, called for TfL to take over parts of Govia Thameslink Railway (GTR) franchise. This is a good idea in principle; giving TfL control of ailing services could help to boost capacity and improve services for commuters. But imagine being Transport Secretary Chris Grayling – would you devolve these powers to a Mayor who has proven entirely incapable of running a balanced transport budget? Khan has even made clear that if parts of GTR were devolved he would repeat his disastrous mistake of partially freezing fares for these services too.

The Mayor launched his ‘Vision Zero’ action plan in July, which was billed as the ‘boldest ever plan to eliminate deaths and serious injuries on London’s roads’. The headline policy was the introduction of a new 20mph speed limit on all TfL roads within the Congestion Charging Zone. While the safety of Londoners should of course be of paramount importance to any London Mayor, this misguided policy is likely to increase the already sky-high levels of congestion in the capital and worsen the quality of the air we breathe. There is also a question mark over whether this policy will make our roads safer – evidence from other parts of the country show that the introduction of 20mph zones has led to an increase in deaths and serious injuries. In 2016, Bath and North East Somerset Council spent over £870,000 on 13 new 20mph speed zones and in seven of these zones the number of people killed or injured actually increased. This is what happens when you have a Mayor who prioritises cheap headlines over competence – a policy that will fail to keep people safe whilst unduly penalising motorists and polluting London’s air.

As a keen rider, I was disappointed that the safety of motorcyclists was largely excluded from the Mayor’s safety strategy. Twenty-seven per cent of people killed or seriously injured on London’s roads are motorcyclists, despite the fact that only one per cent of all journeys made in the city are on motorcycles. This is a truly shocking statistic and it’s time that Khan acted to bring these high numbers down. One step that needs to be taken is to allow motorcyclists to travel in all bus lanes, as currently we are only able to use bus lanes on roads managed by TfL. To achieve this, the Mayor would need to work with London’s boroughs and persuade them of the benefits of this change. Unfortunately, he’s shown no evidence that he can work with others in a proactive and productive way, meaning that the enormously confusing and very dangerous status quo seems likely to continue.

The Mayor ostensibly has pollution in his sights too. After launching a new Ultra Low Emission Zone (ULEZ) with the same boundaries as the Congestion Charge Zone in 2019, Khan plans to then expand it to the North and South circulars in 2021. This scheme will cost drivers of vehicles that fail to meet the Mayor’s emissions standards £12.50 to travel within the zone. It will be the poorest who will be unable to afford to buy new, compliant vehicles, and the London Chamber of Commerce has said that this move will hit small businesses hard. Mobile self-employed workers such as plumbers and builders would be especially affected.

London desperately needs cycle infrastructure but Khan’s ignorance and clear inability to compromise means that plans struggle to get off the ground or experience severe delays.”

Improving London’s air quality is of course important, but there are ways to achieve this which don’t penalise the less-well off and small businesses. My colleagues Gareth Bacon and Shaun Bailey both released reports last year that recommended how the Mayor could take more proportionate measures to improve air quality, such as installing more rapid charging points for electric vehicles, running an awareness campaign to help prevent vehicle idling and increasing the number of hybrid buses.

Getting more people onto bikes is another way of helping to improve air quality, but cycling is another area where the Mayor is again falling short. All too often Khan tries to push through new cycle projects without bringing people with him. Take Cycle Superhighway 11, which is due to run from Swiss Cottage to the West End; Khan has been determined to drive through a plan that Westminster Council finds unacceptable and are taking legal action against. London desperately needs cycle infrastructure but Khan’s ignorance and clear inability to compromise means that plans struggle to get off the ground or experience severe delays.

One issue that has united all parties on the London Assembly, including the Mayor, is Heathrow. The Assembly is wholeheartedly against the expansion – we want Heathrow to be better, not bigger. The current plans will increase air and noise pollution and have a detrimental impact on public health. The Conservative group will continue to hold Sadiq Khan to account on his promise to help stop this deeply flawed project.

The Mayor was elected to office off the back of big promises to vastly improve London’s transport network. But two years later we are in reverse gear, with the transport budget in a mess, future infrastructure projects cancelled, current services cut and motorists fleeced. Khan must do better.

Keith Prince is the London Assembly member for Havering and Redbridge, Conservative spokesman for transport and a member of the Transport Committee. Prince was previously elected to Redbridge Council in April 2003 and was Leader from 2009 to 2014. He also served as a councillor in Havering from 1990 to 1995. Keith was non-executive advisor to Stephen Greenhalgh, the former Deputy Mayor for Policing and Crime. He is also a former marketing manager for LBC Radio. 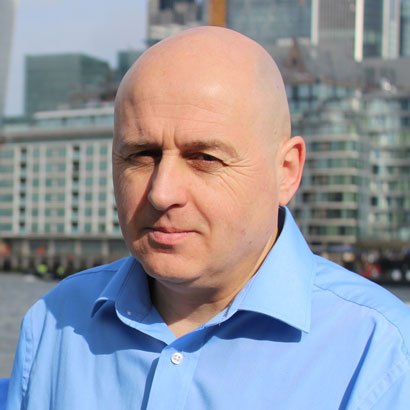