The growth of contactless ticketing in Pilsen

For the past two years public transportation passengers in the Czech Republic city of Pilsen have been able to purchase tickets on-board vehicles with a contactless payment card (bank card). Martin Chval, Director of the Pilsen Card Department at the Pilsen Municipal Transportation Company (PMDP) explains just how the system works, and the telling results they are already seeing. 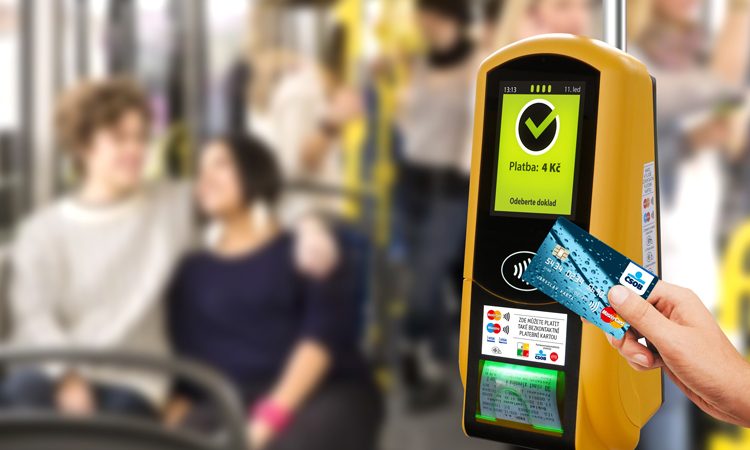 Pilsen was the first city in the Czech Republic to implement a contactless ticketing system on its fleet, and similar systems have since been launched in other major Czech cities.

The system in Pilsen drew inspiration from London’s experiences, but unlike the London system, bank cards are not used as proof of payment too; instead, ticket terminals print out paper transfer tickets. This system was chosen for two reasons: It allows the cardholder to use one bank card to purchase tickets for several passengers (such as a parent with children), and it uses an existing system already popular with passengers and one that works sufficiently. The ticket machine is operated the same way as for buying tickets with e-money loaded on a Pilsen Card, which is a local transportation card.

Although paper tickets are paid for with a card as aforementioned, a robust back-office system has been built that performs risk management for the entire system and settles final payments. The individual terminals inside the vehicles are offline, making it necessary to ensure that tickets are not bought with blocked cards or cards that lack coverage (not enough funds on the cardholder’s account). The system does not work with the actual card number, but rather with a token (an encrypted version of the card number, which only banks can use to decode data about the card) that is unique for each card. 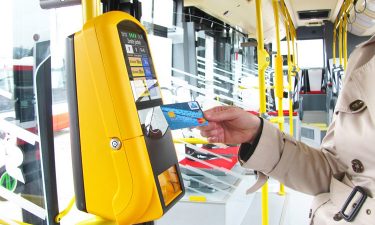 How does the entire system behave? When a passenger uses their bank card at one of the transportation company’s in-vehicle terminals, the expiration date on the card is checked (the ticket machine can distinguish if the card is valid). Subsequently the terminal creates a card token, which is compared against a list of blocked cards (the ‘deny’ list). If the card is not on the list, the terminal issues a ticket to the passenger. Then it stores the card token and the data the bank needs for the final monetary settlement (acquiring) in its memory. At defined intervals, the terminal attempts to establish contact with the centre (this system must be chosen due to elevation differences along the public transportation route, as a good mobile connection cannot be ensured all the time). If contact is successful, the terminal sends the banking data and token directly to the settlement bank and the transportation data (route number, ticket price, etc.) and token to the back-office. The back-office verifies whether it already has some information about the card (whether the card has already been used in the system). If the system does not know the card, it enquires about the card at the settlement bank by requesting pre-authorisation (to block CZK 1, i.e., approximately €0.04). If the response from the bank is positive, the cardholder can make additional purchases up to the amount of CZK 150 (approximately €5.64) or for a period of three days from the first purchase. After reaching one of these limits, the back-office performs a final settlement (sends the bank a request to settle payment of the amount corresponding to the sum of all tickets purchased) and the entire process for the card returns to the beginning. If the settlement bank reports any sort of problem with the card that was used, the card is added to the ‘deny’ list, which is then distributed to all ticketing machines.

The Pilsen Municipal Transportation Company (PMDP) has long been viewed as a leader in electronic ticketing. The Pilsen Card has been issued by the authority since 2004, and in 2012 MasterCard ranked it the best public transportation card in the Czech Republic since it offered the greatest number of additional services compared to similar cards in other cities. It serves as a library card for municipal and regional libraries; can be used to pay the entrance fee to municipal swimming pools and the local zoo; and is an ID card for students at the University of West Bohemia and secondary schools in Pilsen. Use of the Pilsen Card also appeals to passengers because they can purchase long-term ticket fares or top-up their e-wallets at approximately 90 automatic machines throughout the Pilsen region. 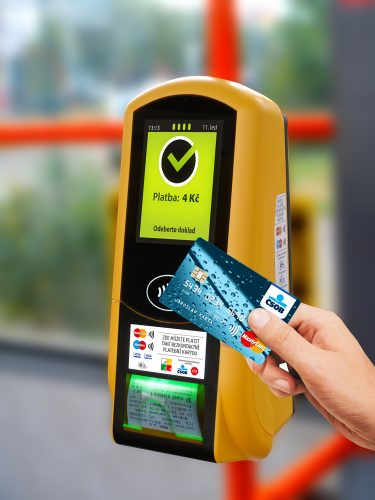 In addition to purchasing ticket fares with a Pilsen Card, residents of Pilsen can also travel in public transportation vehicles using classic paper tickets purchased either at a retail distribution network (primarily newsstands) or directly from drivers. Another way to pay for fare is by ordering an SMS ticket, purchased via a mobile phone text messaging service. After introducing bank card payments in vehicles, a broad spectrum of distribution channels for ticket sales makes it possible to compare passengers’ purchasing behaviour, such as evaluate which ticket purchasing method has declined due to the use of bank cards.

After two years of bank card usage, the popularity of this form of ticketing is continuing to rise. Long-term growth in the number of bank card transactions onboard public transportation vehicles hovers around 7% month-on-month. Currently, 17% of total single-ride ticket revenues come from bank card purchases. Passengers are generally shifting away from paper tickets towards other forms of tickets. In 2010 paper tickets accounted for 69% of total revenues, while in 2013 this was 44% and last year just 36%. On-board ticketing has remained at 36% over the long-term, but after bank card payments were introduced, this figure rose to 46% last year. After the initial build-up, SMS ticket sales were a stable 18%, but after bank card payments were introduced their popularity has fallen to a current 16%.

The method for purchasing tickets via a contactless bank card on-board Pilsen’s public transportation vehicles were very well received by passengers and it is evident that simplicity and availability are its primary advantages. It seems that after many years of searching for a way to standardise passenger ticketing systems in public transportation so that passengers would be able to access various transporters’ services with just a single card, the standard has appeared in the form of a contactless payment card.

Martin Chval graduated with a master’s degree in education from the University of West Bohemia in Pilsen. He is currently the Director of the Pilsen Card Department within Pilsen’s Municipal Transportation Company, PMDP, where he is responsible for the department‘s strategy and projects for the development of the multi-functional municipal chip card system, Pilsen Card. 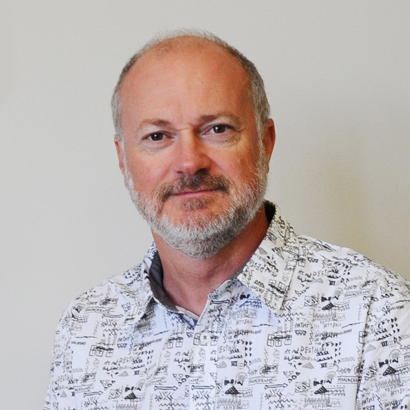