Why blockchain is needed to make unmanned vehicles a success

John Frazer, CCO, DAV discusses how blockchain is essential for future growth, innovation and technology development within the transportation network. 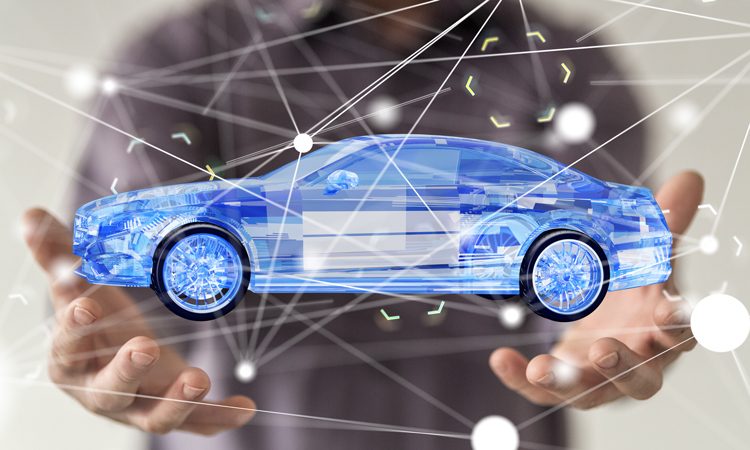 Transportation is changing at breakneck speed, particularly as we look beyond cars and turn our attention to the skies. Electric and driverless cars will undoubtedly be a disruptive element in the near future of the global transportation market, but the proliferation of personal and commercial drones has created even more opportunities for users, fleet operators, manufacturers, legislators and town planners alike.

It is key to remember that when we talk about unmanned vehicles, we are not just talking about cars. With all the buzz around auto-pilot mode in current Tesla models and live trials of driverless vehicles by the likes of Google and Uber, it is no surprise that our thoughts go straight to domestic vehicles. However, the real opportunity and growth lies in commercial applications, with widespread adoption more likely above our heads long before it happens on the roads.

According to Research and Markets1, the global autonomous vehicle market revenue is expected to grow at a CAGR of 39.6 per cent from now until 2027, reaching a market value of $126.8 billion by 2027.

In addition to advances in the mechanical technology of drones, cars, trucks and other driverless motorised vehicles, artificial intelligence (AI), is expected to play a significant role in the global autonomous vehicle market. For that to succeed, there needs to be a steady and accurate flow of data to inform the AI algorithms in play, something we are already seeing in the drone space.

The road so far

Military unmanned drones have been in operation for many years. Initially piloted remotely by static, desk-bound pilots, more recently, the technology has evolved to allow for fully autonomous hardware that can follow pre-determined flight plans. These can be updated remotely while the drone is in-flight, to account for changes in mission parameters and objectives.

Outside of military applications, we are seeing autonomous drones employed for a variety of tasks, from aerial filming for TV and cinema to temporary communications and sensor needs in remote and cut-off areas.

The logistics sector is arguably the biggest civilian application opportunity for autonomous vehicles of all types and is in need of a viable, autonomous solution for transporting goods from A to B. The evolution of non-military heavy-lift drone technology and the investment in application development by companies, including Amazon and UPS, has proven the use of drones for package delivery to be viable.

However, having an army of delivery drivers piloting drones, or indeed vans, to their destinations is not economically or practically feasible. What is needed is a fully autonomous ecosystem where vehicles can communicate with each other using common standards and where instructions and transactions can be recorded, accessed and verified in a way that is reliable and beyond reproach.

Blockchain is the new revolution

Autonomous, connected, electric and shared – more commonly known as ACES – has become one of the latest trends in transportation. Advancement of any one of these technologies can be individually accessed. However, the true promise of ACES will come when all four developments merge to form a decentralised and multi-layered platform that can be used by vehicles, mobility service providers and basically anyone who wants to travel from one place to another.

Blockchain will serve as the backbone of a thriving marketplace for transportation services. In the 1990s, we couldn’t imagine how the internet would transform, or what it has become. ACES has the same potential to change the future of transportation. Just two decades ago, centralised companies like AOL ruled the net. But as soon as new standards enabled a way to define web addresses as URLs and used them to link pages to each other, the worldwide web transformed our lives, paving the way for innovation and with it countless websites, ecommerce, blogs, social media, and apps.

Now, some transportation methods may continue to work on centralised networks. For example, trains and planes work best when they are highly occupied and running on reliably published schedules. They also require a fair amount of centralised control and authority. But when it comes to unmanned, connected, electric and shared vehicles – especially in large numbers – they would be best managed on a decentralised network. Even public transport like rail transport and buses managed by municipalities will reap the benefits of the network. 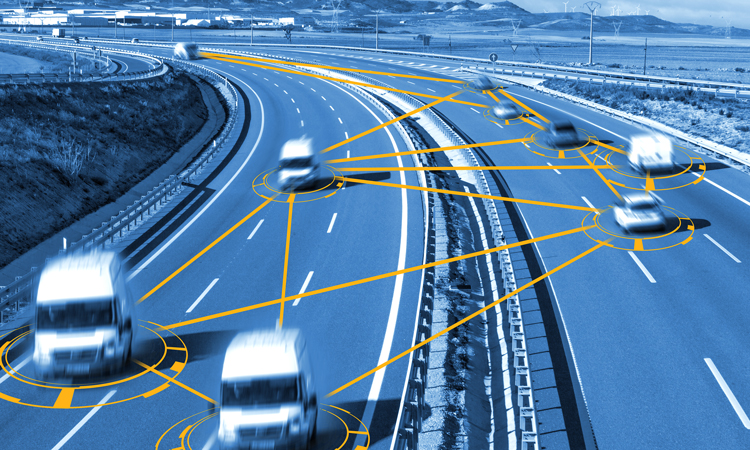 One of the biggest considerations of an autonomous vehicle future is that of empowering the machines to manage themselves. These vehicles will be electric, or similar, rather than petrol or diesel-powered. Rather than their driver or ground crew filling the tanks, the issue of recharging or replacing a fuel cell needs to be considered. Again, in a decentralised ecosystem for autonomous vehicles, blockchain plays a critical role in ensuring vehicles can find charging points, have permission to use them, can be billed for using them and the visit is accurately logged and recorded.

Naturally, there are a few issues to overcome before autonomous vehicles are your everyday ride, flying packages into your garden or loading dock, or delivering your pizza or groceries. Along with technical hurdles, there are legislative barriers, insurance and liability questions, and even cyber-security concerns. However, the use of blockchain, as we’ve demonstrated here, can go a long way to addressing many of these outstanding considerations and delivering the autonomous vehicle future that we keep being promised.

This ecosystem is about the machine-to-machine interaction that allows self-driving vehicles to autonomously drive to an EV charging station and vehicles to share data with each other, improving digital maps and routing efficiencies.

Only recently in Berlin, we saw first-hand how blockchain-based data can enable autonomous vehicles to make informed, cognitive decisions about maintenance issues such as recharging. Skysense, the drone charging infrastructure provider, worked with us there on a proof case, where we showed how the blockchain and an infrastructure provider can work in unison to facilitate an efficient and steady stream of recharging ‘touch and go’ visits.

Skysense made one of its ultra-fast drone-charging pads available on the DAV network. The drone was piloted manually and we physically clicked on a button to search for a station. That station then autonomously bid to provide that service, which the drone operator accepted. The drone and charging station both made use of our communication protocols, which served as a common language and point of interoperability between them to enable the communication needed to book the charging, deliver the service and pay the bill.

But the blockchain technology that the DAV Network is based on goes well beyond just hailing a car, charging a drone or getting one to deliver a package. Road taxes, tolls and insurance premiums can also be collected (perhaps by the mile) and administered while passengers sit back and enjoy the ride. The reputation of each node of the transportation web will be scored like Yelp reviews so that people will know which one is reliable. In the new world of transportation, no mobility service will be too niche.

A world where manned and unmanned vehicles coexist

ACES technologies working together sets a new level of efficient integration for how people get around cities – including trains, buses, delivery vans, goods trucks, SUVs and cars. But we need to think about bicycles, scooters and people who move around on foot. These modes can be public, private and even shared – and either manned or autonomous.

There will be people who need to get around using vehicles, manned or unmanned and there are people who will always prefer to walk, especially if it is cheaper and quicker.

But that’s exactly what the marketplace should provide – where each person is offered different choices and can select the one with the greatest value and convenience at the lowest possible cost. The DAV blockchain will lower the barrier to entry so that anybody with a bright idea for mobility or shipping can launch a novel service on the coming Internet of Transportation.

John Frazer, CCO and co-Founder of DAV, is the former External Relations lead for the Ethereum Foundation and was a senior member of the Devcon3 team. An experienced senior manager in the technology industry, particularly in strategic communications and marketing roles, he has served on multiple boards for non-profits, for-profits and in economic development. 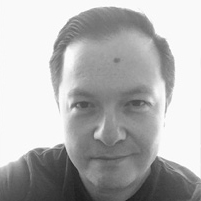