The technological key to traffic management

Miroslav Dressler, Head of the Traffic Management Department at DPMB, explains how technology is central to running a modern, efficient, and ever-prepared public transport control room. 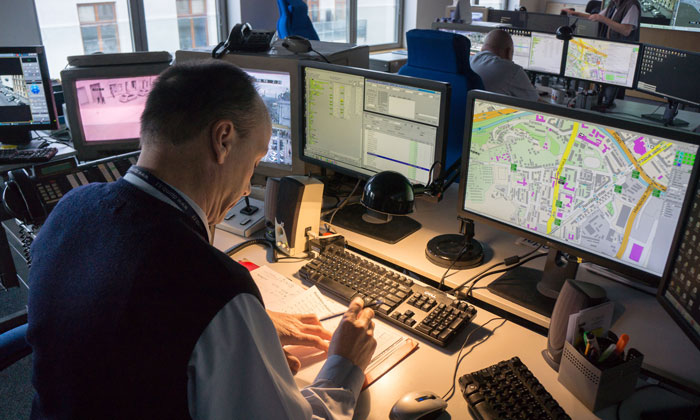 With the second largest tram network in the Czech Republic (173,148km in length) and the largest trolleybus network, the supervision and operational management of public transport is continuous. At DPMB, this work is carried out by the Department of Transport Control, the transport dispatch centre. The centre is the direct responsibility of the chief operations officer, with the department ceaselessly managed by 28 employees – though, when necessary, this can be expanded to more than 40 dispatchers.

The basic instrument used for dispatch management is the Information and Control System (ICS) for public city transport, which was developed and built by DPMB between 2001-2005. The idea behind developing ICS was to combine smart vehicles, smart journeys, and a smart centre.

We define a smart vehicle as a public city transport vehicle that is equipped with a technical and communication interface to serve all available peripherals, providing information to the driver and passengers, and ensuring the transfer of information from the vehicle.

In the case of DPMB vehicles, the connected interface is the on-board computer, and it must communicate with the data and sound radio station, the short-distance radio modem, the GPS receiver, the acoustic control panel, and the on-board information system.

When the on-board computer is turned on and in automatic mode, the vehicle’s information system provides both external and internal information for passengers throughout the journey. For example, it can tell passengers audible information about the stop the vehicle is at, the next stop after departure, which stops are request stops, and when the vehicle enters a new tariff zone.

The on-board computer also sets the contact lines of the vehicle and the train path, and communicates with other devices along track (e.g. the light signalling controllers at junctions). It also contains an entire timetable database for the given traction line, so a vehicle in operation can be replaced with any other vehicle and it can still fulfil its function autonomously – all vehicle functions are preserved, even if there is a dispatch centre or transmission path outage.

There are also accessibility advantages to be gained from this system. For example, the vehicle also provides audible information to blind passengers, who can ask a vehicle standing at a stop for the line and route number, as well as information on the vehicle’s next stops by using a special remote control.

A smart journey is a vehicle route that is capable of communicating with the vehicle and responding to its requirements. The most common task for a smart journey is to set and block train paths for traction-bound vehicles, like trams and trolleybuses. The vehicle adjusts the turnouts automatically, and the driver only serves a control function. At the same time, the turnout is blocked against undesirable switching until the vehicle passes through the turnout.

Another challenge it has to contend with is the light signalling controllers (LSCs). With almost 100 junctions in Brno, the LSCs respond to the requirements of public city transport vehicles in accordance with prescribed rules in cooperation with the Brno Road Administration (BKOM a.s.), and optimise the transit of these vehicles.

The smart centre in the middle of these activities combines the collection, processing and displaying of data from operations, and displays it in useful manner for dispatchers. Data regarding vehicle position and deviations from the timetable are key to this. The dispatch centre displays this data from real operation through the ICS graphical and data client.

The dispatcher has the ability to simultaneously monitor the vehicle in a schematic view on the line, where they have an immediate overview of the transport process status (e.g. vehicles according to deviation from the timetable, the interval on the line). With a single click in the ICS graphical client, the dispatcher can then display the situation on the map (e.g. vehicle positions, what’s happening at a certain location).

The dispatcher has a connection to the vehicles through a radio network and a phonic client, where they serve a queue of pending call requests from public city transport vehicles. This phonic client allows for targeted calls to a single vehicle or for group calls, or even for a short text message to be sent. The client also gives the dispatcher also the option to address passengers in public city transport vehicles (or at stops) using the external speakers on the vehicles.

The dispatch centre has a supervisory, control and management function in the operation of public city transport. The latter is applied in particular in the event of transport emergencies. An emergency here is deemed as a situation during operation in which a vehicle is unable to continue its journey with the passengers in accordance with the timetable – this could be due to a faulty vehicle, traffic accident or otherwise non-passable route.

The dispatchers are trained to deal with circumstances like traffic accidents in the same way they are trained to deal with technical defects. The outbound crew arrives at place of the event, and in the interests of restoring operation as quickly as possible, carries out tasks for both investigating the event and for restoring operation. One dispatcher documents the whole situation and the damage to the vehicles of the individual participants by taking photographs, while another draws the position of the vehicles, secures the card from the tachograph (a recording device), and leaves with the vehicle while the driver of the vehicle remains on the spot. The first dispatcher then ensures that the traffic operation at the site of the accident is restored and assists the participants in dealing with the event in accordance with legal procedures.

The dispatch centre supervises such operations to minimise the impact on passengers, for example, deploying a backup bus system, cooperating with the accident’s onsite crew, and communicating with the units of the IRS (integrated rescue system) and other institutions. The centre will also provide passenger information and updates via social media.

The importance of following the rules

The cooperation of the dispatchers at the operations centre is governed by precise rules and procedures, which have been automated over time. An incoming report of an emergency is the trigger mechanism. For clarity, let us imagine a report on a traffic accident of a rail vehicle in which people have been injured.

In this instance, a first radio operator will handle the call, which is also monitored by the other operators who will begin to take the necessary steps. During the call, this operator tries to extract information from the driver that is crucial to dealing with the, in particular information on injuries, the cooperation of the IRS units, information on whether traffic can pass through the site of the accident and information on the damage to the vehicle.

In the case of injuries, a second radio operator calls for medical assistance and then makes a group call to inform the drivers of other vehicles about the accident, so that they can inform the passengers and cooperate in taking alternative transport measures.

In the meantime, the head shift operator will send a dispatch crew to the site of the accident with the task of documenting the event and cooperating with the IRS units to restore operations. The head operator calls the both the police and fire service, informs the Rail Safety Inspection Office of the emergency, and in the case of large scale events, also informs their DPMB superiors. After receiving sufficient information from the site of the accident, this operator decides on the transport measures to be taken, for example, whether to divert transport lines to another route.

The turn operator sends out the replacement buses, aiming to deploy them efficiently in terms of time and place.

Throughout this process, passenger information about the affected part of the route is prepared, explaining the cause of the delay and the anticipated delay of connections. This information is displayed through electronic information panels and also published on the RSS feed of the DPMB website, as well as on social networks.

The operation of the dispatch centre finally ends when regular operation has been restored on the affected routes and lines.

The management of public transport is a demanding process, and the constantly changing traffic in the city requires the full concentration of all those involved. By using all dispatch management tools, DPMB is able to provide fast, high-quality and reliable transport in the city of Brno.

Miroslav Dressler is the Head of the Traffic Management Department at DPMB a.s. He started working in the company as early as 1991, working through all the positions at the dispatch centre. He worked as a dispatcher shift manager, a public city transport traffic analyst, and was also the Head of the ICS Development Team and DPMB’s main radio operator. He currently has driving licenses for all traction vehicles, i.e. buses, trams and trolleybuses. 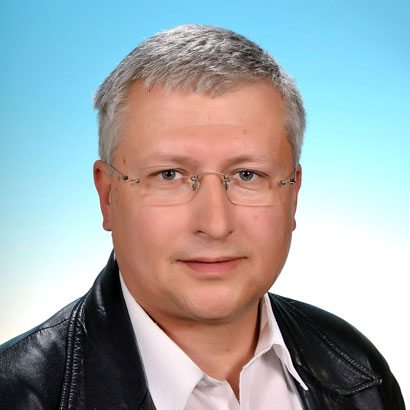