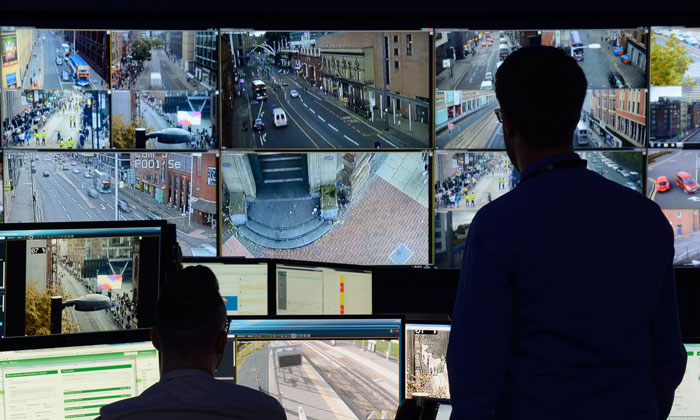 Managing major events in a large city region like Greater Manchester can be challenging. This is predominantly driven by large numbers of visitors attending the many events that take place, and while this is great for the economy, it does inevitably increase demand on an already busy public transport system and road network.

Over the course of the last few years, TfGM has come a long way in its journey to engage with customers and share accurate, timely travel information to help minimise disruption during events and keep people moving. At the heart of this is our coordination centre, which essentially functions as our eyes and ears across Greater Manchester’s main roads.

The coordination centre, which is based at our main offices in the city centre, contains a wall of monitors displaying views from strategically placed cameras across Greater Manchester. The cameras cover important junctions and congestion hot-spots on the Key Route Network (KRN), as well as some of our park and ride sites and bus stations, allowing staff based in the coordination centre to see what is happening in real time on a day-to-day basis.

The monitors also display maps that alert us to congestion, picked up by 800 passive Bluetooth sensors located on the road network. When the sensors alert us that traffic is moving more slowly than we’d expect, we switch to a monitoring camera at that location and see what’s actually happening on the road.

The sensors only tell us that there’s congestion, but the camera can tell us why and allow us to take action at an earlier stage, helping to reduce congestion and improve journey times. For example, we can respond to a build-up of traffic caused by a road traffic accident by changing the signal timings in that area and advising the travelling public about the issue via our website and social media, or by using one of our 50 variable message signs (VMS).

During major events, the coordination centre effectively becomes the city region’s transport hub, with external and internal partners – including Metrolink, rail and bus operators – present in the room to ensure effective planning and tactical transport management for the event. The adjoining incident management room includes comprehensive AV and teleconference facilities which can help with this coordination process.

Having the right people in the right place not only helps us to respond quickly and effectively to any incidents, but it also helps with the issuing of correctly timed, accurate and coordinated messaging regarding safety and transport options. 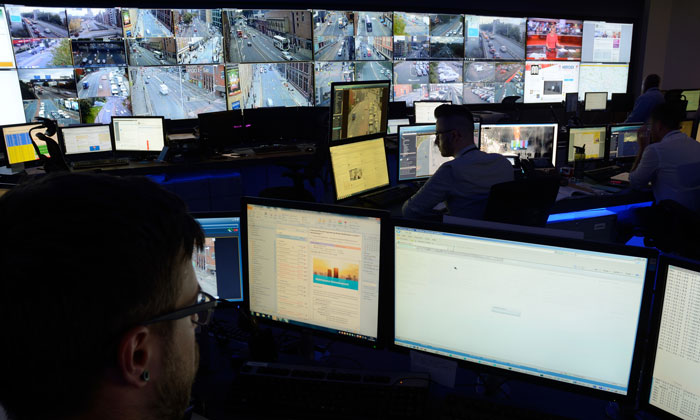 This is where ‘Travel Demand Management’ kicks in – actually influencing customer behaviour as part of the operational response. For example, can we reduce the risk and impact of congestion by having fewer people travelling at a particular place and time? How do we reach those people with a simple message and provide them with the information and tools so they can adjust their travel plans?

Liaising and working with partners is also essential while managing events. This work with bus and other train operators to maximise capacity across the network, particularly on the busiest commuter corridors during planned events, can have a major effect when relieving pressure on the road network.

This was evident when Manchester United hosted St Etienne in the Europa League, on 16 February 2017, when away fans were scheduled to walk from the city centre towards Old Trafford.

We wanted to reach the away fans specifically so we could support Greater Manchester Police’s operation and tell the supporters where and when to assemble, but also to warn general commuters of potential disruption. As such, tweets were constructed in French to provide visitors to the city with clear guidance. We worked closely with Manchester United who shared our travel messages via Twitter, reaching over 40 million people.

Meanwhile, the coordination centre managed traffic signal timings effectively and liaised closely with Greater Manchester Police and Highways England to help keep the traffic flowing as smoothly and safely as possible for everyone who drove, caught a taxi or got a lift to the event. As a result of this approach, there was a 15 per cent reduction in traffic on the night.

Last year, on 17 October, the Athletes’ Parade attracted 150,000 people to Manchester city centre streets to celebrate the achievements of Team GB and Paralympics GB in 2016’s Olympic and Paralympic Games. Extra trams and trains were put on and additional temporary park and ride sites were set up for those travelling in from further afield. Road closures in the city centre also resulted in a large number of bus diversions.

Once again, a carefully planned multi-agency operation ran from the coordination centre, preventing gridlock, keeping people moving and ensuring visitors travelling by public transport and by car were able to get to and from the event safely and with minimum disruption.

As a result of this approach, the regional centre traffic volumes report for the day of the parade showed that traffic volumes were significantly down both inbound and outbound during the evening peak period, constituting a major success for those involved in planning and coordinating the event. 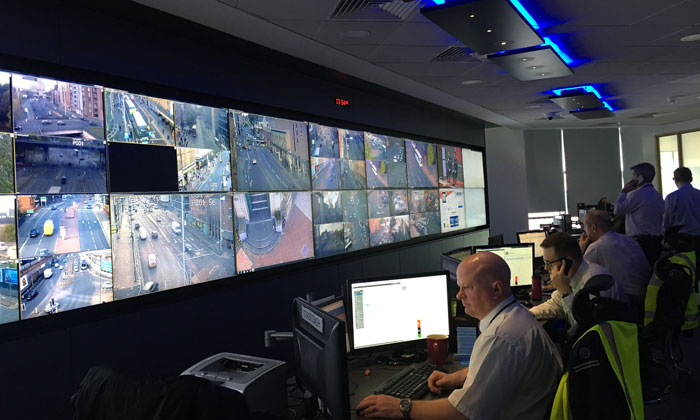 Thanks to this ongoing approach, TfGM is now recognised as an established voice in travel advice – which is all made possible by the technology available to us at the coordination centre. The ability to manage traffic flow – even during unplanned instances of disruption – enables us to monitor and minimise disruption across Greater Manchester.

Having a clear, strategic approach to the management of highways across a city region as large and complex as Greater Manchester – and making sure it works in tandem with tram, train and bus services – is absolutely essential to keep it growing and moving.

However, we recognise there is still much to be done, and while we have come a long way over the last few years, we are looking to the future and have plans to develop the coordination centre further.

Stephen Rhodes became Customer Director for Transport for Greater Manchester (TfGM) in 2015. He is responsible for improving the wide-ranging customer experience that is provided by TfGM, whose mission is to make travel easier for people in Greater Manchester. Prior to joining TfGM, Stephen held a number of senior operational and customer-focused roles at Centro in the West Midlands, and has also worked in the rail business. 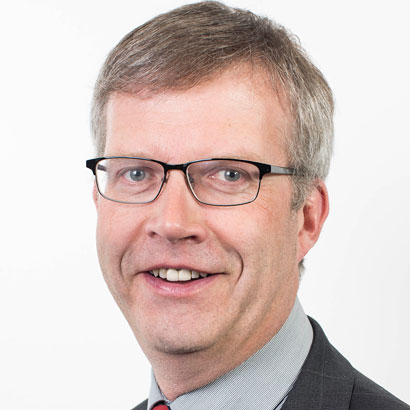