Making progress with the MaaS ideology

With so many hopes and expectations weighing on the future potential of MaaS, Suzanne Hoadley, Senior Manager at Polis, explains what MaaS really encompasses, what kind of modal shift should be initiated, and how authorities and operators are already working together. 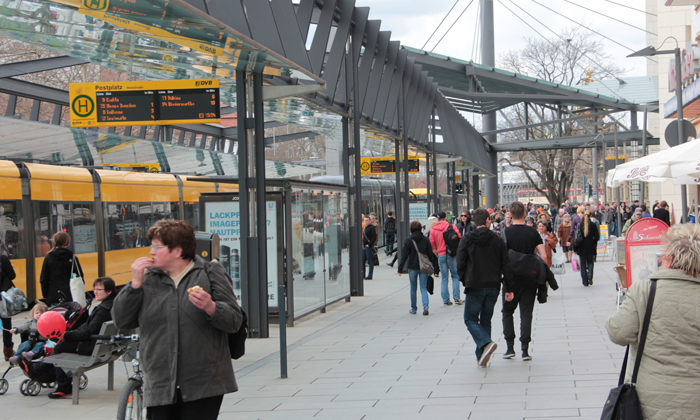 THE MaaS concept has captured the attention of many segments of the transport community and at various levels, from local to European. Within Polis, the European network of city and regional authorities promoting innovation in transport, the subject has only come on to the agenda in the last year or so. Why is this? Essentially, Polis members felt it was time to provide a public-sector response to a new model for delivering mobility services that has been largely driven forward by business and technology priorities.

On 4 September 2017, Polis released a 10-page discussion paper offering the perspective of its member cities and regions on MaaS. The paper does not offer a position on MaaS as such, rather it is intended to give insight into how cities and regions perceive MaaS, how they would like to see it develop, where they believe MaaS can deliver benefits, what the risks of a purely commercial approach are, and what role they could play in the implementation of MaaS.

Polis contends that the involvement of local and regional government in MaaS developments to date has been relatively limited. Yet city and regional transport authorities are a key player in the provision of transport services, be that in setting the conditions in which transport services are offered (policy making, transport regulation and tendering) or in actual operations and investments.

The provision of transport services is a core function of strategic importance for cities and regions. They could therefore play a useful role in facilitating the introduction of MaaS – naturally where they see a benefit – and have an even more important role to play in overseeing the operation of MaaS to ensure it contributes to sustainable transport policy goals and other goals such as social inclusion, as well as to ensure levels of service are met.

A further reason why Polis members have only recently started to work on MaaS is related to the lack of clarity about what it is. There is no one definition of MaaS, and it is becoming a term that is used to describe any sort of transport service that has a digital element (e.g. a smartphone app for planning, booking and paying for a transport service) or a new mobility service based on sharing rather than owning (such as taxi trips, car-sharing and pooling or bike-sharing), or even workplace travel planning. Many of these types of services and measures have been around for a long time, well before the term MaaS was even coined, although the scale of implementation differs greatly across Europe.

Polis members agreed that coming up with a definition of what MaaS is was not necessary. However, defining the novelty of MaaS and its added value in relation to existing integrated systems and services is required. One of the key novelties appears to be the inclusion of taxis and other personal transport modes (e.g. car-sharing, pooling or hire) in an integrated package of mobility services.

Today, there are already many platforms covering payment of a wide range of transport modes, such as the MOBIB card in Brussels, Pastel in Toulouse and the Leap Card in Irish cities. Admittedly, most of these smartcards tend to be restricted to public transport modes, such as bus, tram or underground, and in some cases, this is extended to new mobility services that fall under the responsibility of the transport authority, such as yélo in La Rochelle and Navigo in Paris. Very few payment platforms today can be used to pay for taxi rides or other types of personal travel modes, although some transport authorities are developing plans or have ambitions to do this, partly driven by the MaaS momentum.

The argument put forward by MaaS advocates is that by combining traditional collective transport modes with personal modes, we can get people to give up their private car. This is an assertion that city and regional transport authorities can identify with because reducing car use and ownership can begin a modal shift from car to public transport, walking and cycling. Cities and regions have implemented, and are continuing to introduce, a wide range of push (such as access restrictions) and pull (like cycling lanes, real-time passenger information) measures to encourage a modal shift and promote physical activity (walking and cycling), with some promising results. To what extent a MaaS approach can accelerate this process remains to be seen.

Polis has observed that MaaS developments, at European level at least, have primarily been driven by technology companies with a focus on the personal transport sector and on technical aspects, notably developing the integration platform – policy has largely been absent from the discussion. If MaaS is to succeed, then all stakeholders need to be around the table and each stakeholder needs to understand the benefits. The challenges faced by MaaS integrators today related to securing commercial agreements with public transport operators (to sell their tickets) may indeed be a result of the fact that not all sectors yet buy into this new approach.

The old adage ‘one size fits all’ is not applicable to MaaS. The diversity of Europe’s cities and regions, and the different levels of existing transport service integration, mean that a third-party MaaS model may not be workable everywhere.

Indeed, some transport authorities are taking advantage of the MaaS momentum to forge and consolidate partnerships with the area’s transport operators – both public and private, both collective and individual – to build a MaaS offer that has a clear vision and strategy and that is either led or steered by the city or regional authority. In other cities, there is an expressed desire for a third-party MaaS model, simply because integrated transport service platforms are lacking, while in others, the decision to move ahead with MaaS is problem-driven. For example, one Polis member would like to implement MaaS in order to improve the efficiency of the taxi sector – most taxi trips are single occupant and many taxi hours are spent carrying nobody.

Whichever MaaS approach is taken, there is a need for public sector oversight to ensure sustainable transport goals are met and potential dysfunctions are averted. MaaS should not be regarded as a distinct player from policy; it can only achieve its goals if integrated with other policy measures, such as low emission zones and on-street parking. To this end, Polis recommends that city and regional authorities be involved in the development of policy around MaaS at EU and national level.

SUZANNE HOADLEY is a Senior Manager at Polis. Within this role, she coordinates thematic activities related to ITS and traffic management within Polis, which she initially joined in 2001 as a Membership Services Coordinator. Her job mainly involves supporting Polis members (city and regional authorities) in sharing experiences and plans on ITS and traffic management matters, and voicing their concerns and requirements to the European institutions and other European stakeholders on related European research and policy areas, such as C-ITS, automation, data-related activities and MaaS. Before joining Polis in 2001, Suzanne worked at a European local development association and a UK local authority office based in Brussels. 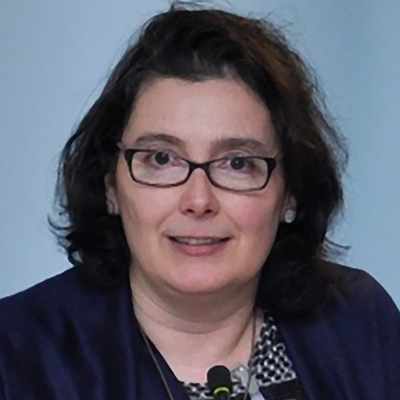