Hydrozine: the future of fuel?

In an article for Intelligent Transport, Jon Maessen, member of Team FAST from Eindhoven University of Technology, talks us through the science and technology behind using hydrozine as a sustainable energy carrier. 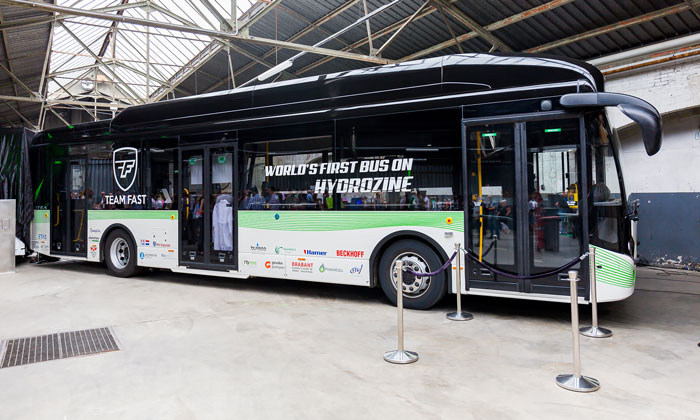 Envision a world with sustainable energy as the standard, but without having a negative impact on our society. Team FAST wants to take part in the transition towards a more sustainable world where fossil fuels have no place. We believe in a future where different sustainable energy carriers are used for different applications within the mobility sector.

Team FAST (Formic Acid Sustainable Transportation) is an enthusiastic, multidisciplinary team of 28 students from the Eindhoven University of Technology. We have taken up the challenge of introducing a revolutionary sustainable fuel called hydrazine, and are aiming to build the world’s first hydrazine-powered bus.

Water and carbon dioxide are mixed together in a liquid and when running an electrical current through this liquid, oxygen starts to escape. The resulting liquid is formic acid in which the energy is stored. The beauty of this is that the surplus energy, that is generated by renewable energy resources, can be used to create hydrozine. This way the energy does not get lost, but instead will be stored within the liquid formic acid, and since the energy is now stored within a liquid, it can be transported to different locations or used at peak-hours. Renewable energy sources, like wind turbines and solar panels, have a fluctuating energy production which makes it hard to match the demand and supply of electricity in today’s modern society. One of the greatest challenges of creating a sustainable world is the storage of renewable energy, but hydrozine can help tackle this problem because energy can easily be stored in liquid form. This is helpful when excessive energy is generated or when it is generated at inconvenient locations.

Until recently hydrozine could not be produced efficiently, but with the application of ruthenium the catalysts performed much better, making it easier to produce. In the last two years Team FAST has been working on a reformer that is a thousand times more powerful, which is enough power to drive an electric bus. We call this system the REX, short for Range Extender. With the REX, electric buses can drive a whole day without refuelling, which saves a lot of time – this could not be done before. 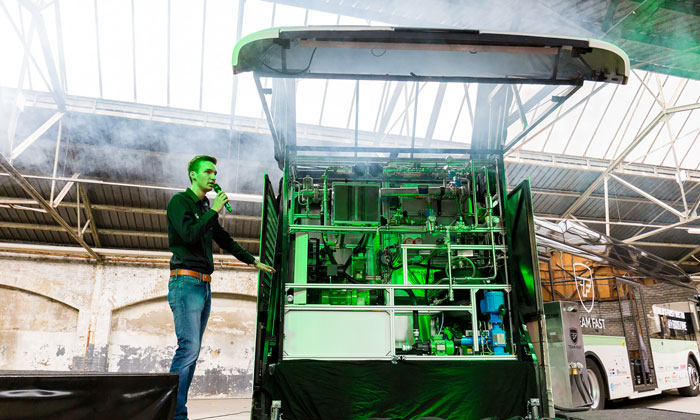 The REX, short for Range Extender, can enable electric buses to operate for an entire day without refuelling

The REX can be attached to the back of an electric bus, and functions as a range extending generator that uses hydrozine as fuel, which can increase a bus’ effective driving range. This system could be used in a number of other applications as well, but our focus has been to make the REX compatible with the bus primarily. The use of hydrozine within the REX works as follows: the hydrozine is stored within the REX at atmospheric level. Next, the liquid is pumped into the reformer, where a catalyst is used to transform the liquid hydrozine into hydrogen and carbon dioxide. These gases then flow towards the fuel cell, where the hydrogen reacts with oxygen from the air. Through this reaction, the electricity that powers the bus’ electrical system is generated. At the same time, water vapour and carbon dioxide are emitted into the air after the electricity is extracted; the same components that are used to create hydrozine, completing the circle and making the energy carrier carbon neutral.

It’s important to note that full operationality is still theoretical at this point in time, but Team FAST is working hard to overcome the hurdles. The reformer and the fuel cell do not yet work properly. The reformer is not consistent with producing the two desired gases making the fuel cell breakdown if the input gases are wrong. The fuel cell will also malfunction if the temperature of the oxygen within is too high, or if too large an amount of electricity is generated within the cell. Thus, we are still testing the system non-stop for further development and optimisation. The test team expects that the REX will be functional in another six months, though the team recognizes that this is quite the challenge.

Why is hydrozine suited to heavy transport?

The reason we are developing the REX instead of a hydrogen system for cars is that we believe the future of private cars lies with the electric battery as an energy carrier. Cars are mainly used for small distances, making the battery a more fitting candidate as a power source. Batteries and hydrogen under pressure have potential for light applications.

For heavier transport or long distances, these energy carriers do not suffice due to their weight, price, energy density and refuelling time. Hydrozine is a perfect alternative for more powerful applications like trucks, buses, ships and generators. We believe in electric mobility for inner-city commutes in small vehicles and for intercity transport with larger vehicles. In this vision, Hydrozine will be the fuel for intercity traffic for people and freight.

Hydrozine is often compared with hydrogen because of the similarities in their chemical structure. Our liquid has several advantages over normal hydrogen however, earning it the nickname ‘Hydrogen 2.0’ by our team members. The storage of hydrogen in a vehicle is very complicated and has numerous safety requirements. On top of this, the public’s perception of hydrogen is generally quite negative due to the risk of explosion. Hydrozine, however, is not flammable in liquid form, meaning that an explosion within the system is unlikely. In addition, it does not have to be stored at high pressure levels, since it is a liquid instead of a gas. Furthermore, the energy density of formic acid is 7.6 MJ/L, compared to 3.6 MJ/L for hydrogen stored at 350 bar, meaning that less volume has to be carried in a vehicle for the same amount of energy. 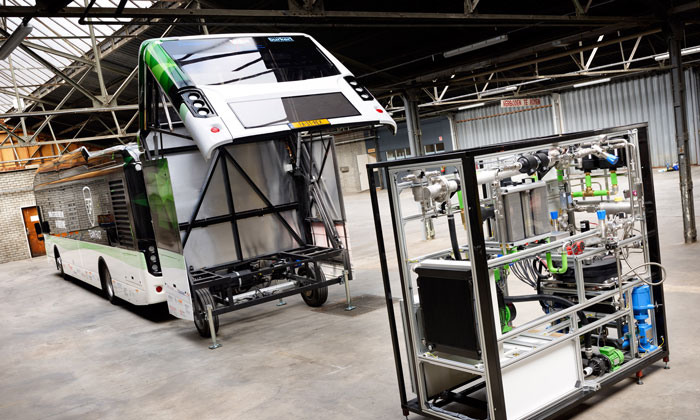 Formic acid’s energy density is greater than that of hydrogen, meaning that a vehicle would need to carry less of it while storing the same amount of energy

Another big advantage of hydrozine is that it is easy to fit into the current refuelling infrastructure. Gasoline fuelling stations can be easily transformed so that they can also provide hydrogen. This makes it more realistic that our technology will be integrated and adopted into today’s infrastructure of mobility. A hydrogen refuelling station costs approximately €3 million to build, making it extremely expensive to introduce a new refuelling infrastructure for hydrogen. However, retrofitting an existing gasoline station for hydrozine, by coating the tank and replacing the hoses, is estimated to cost just €30-35,000.

However, as with any new technology, a great deal of challenges still remain in making hydrozine a mainstream fuel alternative, and most of these are associated with energy efficiency. The well-to-wheel efficiency rate of hydrozine is 33 per cent, meaning that two thirds of the energy that was originally used for the creation of hydrozine will be lost. These energy losses occur mostly during the transformation of the liquid and in the final extraction of the energy from the reaction of hydrogen with oxygen in the fuel cell. Although this percentage seems fairly low, it is not uncommon for energy carriers to have a low efficiency rate – for example, hydrogen’s well-to-wheel efficiency rate is only 25 per cent.

We are now busy preparing to start-up the office again after the summer-break, and development of the REX is continuing. We are ready to take on any upcoming challenges and are hoping to be able to deliver further good news of news developments by the end of the year.

Jon Maessen is a fourth-year bachelor student reading Sustainable Innovation at the Eindhoven University of Technology. Within Team FAST, he is responsible for the marketing and events operations surrounding the team’s endeavours. 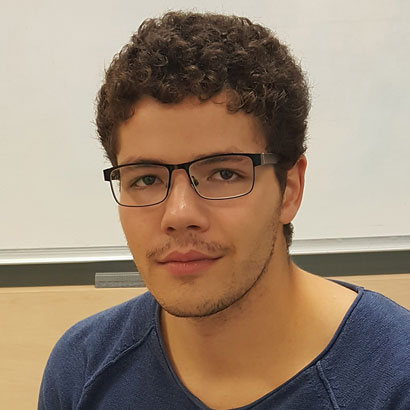 One response to “Hydrozine: the future of fuel?”