Addressing the questions around low-carbon transport

UK cities are implementing Clean Air Zones and low-emission transport is growing in strength, but do we have a coherent strategy for delivering low-carbon infrastructure, what does new infrastructure mean to UK individuals and businesses and who should pay for this? Paul Minto, Partner in Addleshaw Goddard’s Transport & Energy team, explores the issues… 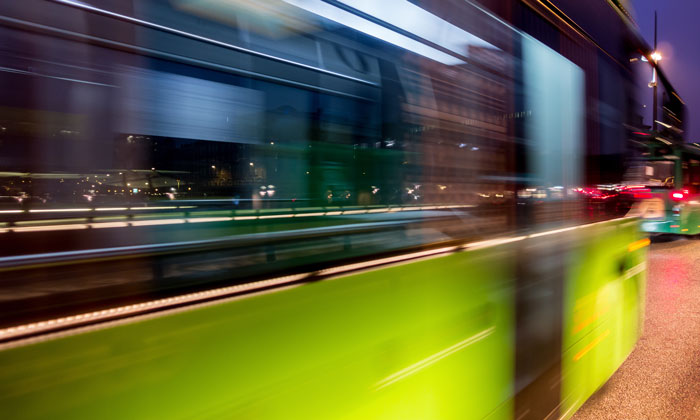 There is still distance to cover before low-carbon vehicles and their associated infrastructure replace the internal combustion engine, but there is no denying that change is happening and will continue to do so faster and faster. At a recent event, ‘The Future of Low Carbon Transport in the UK’, several key themes and questions emerged regarding the uptake and delivery of low-carbon transport and its associated infrastructure in the UK.

Investor appetite for low-carbon vehicles is increasing, but currently the projects are still small-scale: two wind turbines would dwarf the current scale of investments in the electro-mobility sector. The Government funds and policy frameworks are a welcome strong start, but we must know what’s coming next.

New partners, business models and capital sources need to be created to achieve a commercially sustainable ecosystem. The Charging Infrastructure Investment Fund, into which the Government is investing £200 million on commercial terms, with a matching £200 million investment sought from the private sector, is one model that has been well received by both industry and government.

Patterns of driver behaviour in low carbon vehicles have yet to be determined but it is increasingly apparent that the electric vehicle (EV) charging point interface will be very different from the petrol forecourt experience. Clearly the EV charger is a new point of sale for retailers. Is this where new revenues from the sale of electricity as a transport fuel can be realised?

Confidence in data sharing rules and robust cyber-security will significantly influence investor confidence and the overall commercial case for investment in low-carbon vehicles. It has been recognised that a significant exercise in data capture and processing will be an essential ingredient of success – not least in informing demand management and smart grid solutions. We are seeing an increasing acknowledgement of the importance of data.

The control of autonomous connected vehicles is dependent on the resilience of the data networks, as is the management of traffic flow in urban areas. Innovate UK are currently sponsoring several projects with transport authorities on transport and data network interaction. We have already seen news reports on collisions between sophisticated driverless vehicles and the unpredictable real world.

It is inevitable that our cities will become congested if privately owned vehicles are permitted to proliferate without control or restriction. While the degree of political control in Singapore is unlikely to be acceptable in the UK, we can learn much from their traffic management policies, which include variable road pricing, vehicle ownership quotas and investments in public mass transit. Our new data networks appear to be providing sufficient tools for managing traffic flow.

The UK Government needs to create conditions via policy, regulation and standards for an interoperable system of low-carbon vehicle infrastructure across the UK. The UK has already implemented the European Alternative Fuels Infrastructure Directive and the Automated and Electric Vehicles Bill builds on this. The bill gives the Government power to specify a particular charge point connection, payment methods and charge point locations. It also includes a clause that gives the Government power to require the ongoing transmission of data (relating to energy consumption and location) from charge points to specified persons, such as the National Grid and electricity distribution network operators.

The Government hopes that these powers will not be needed and that all these developments will happen as a result of market forces. However, the development of low-carbon vehicle infrastructure is being taken seriously – evidenced by the ban on new petrol and diesel vehicle sales from 2040 – and so the right to exercise these powers is desirable, in case the market does not respond as hoped.

For low-carbon vehicles to proliferate, public concerns and hesitation around matters such as ‘range anxiety’, vehicle charging compatibility and fair and transparent tariffs need to be addressed. There may well need to be a campaign of public education to meet some of these concerns.

Visible successes in early adopter schemes will be equally vital in driving uptake, with the resulting increased market size feeding back virtuously into the overall business case. The monthly figures from the Society of Motor Manufacturers and Traders (SMMT) show that car sales have dramatically dropped in 2018, whilst the sales of low-emission vehicles have increased to five per cent of the market. With the arrival of lower cost EVs in the UK market, we are seeing a thriving new market emerging around the vehicles, electricity supply and charging infrastructure.

Electric vehicle manufacturers worldwide are investing heavily in distributing charge points to assist in overcoming range anxiety and stimulate customer demand. Destination charging at shopping centres or supermarkets is likely to increase as low-carbon vehicle owners get used to a different way of fuelling their cars – plugging them in whilst they shop, as opposed to manually refilling at a station. Home and workplace charging will also increase: the average car is parked for 98 per cent of the time, normally at home or at work, so there will be charge points installed in those locations.

It is interesting to note that 70 per cent of Londoners do not have off-street parking, so thought should be given to how charging networks should develop here. Perhaps destination charging will be key, or potentially the network of rapid chargers proposed by the National Grid along the UK’s motorway network.

A good example is Volkswagen’s EV subsidiary, Electrify America, which is partnering with retail stores such as Walmart, Targets, Sheetz, Casey’s General Stores and others; expanding its EV charging network in the U.S. with US$2 billion invested until 2027. The speed and power rating of EV chargers will inevitably be designed to match the dwell times of vehicles at retail locations and the real estate owners may need to mix and match their EV charging facilities to find the right combinations.

V2G scenarios need to be modelled to develop a full commercial case for low-carbon vehicles. Charging them is only one facet of the case. Electric vehicles are essentially batteries on wheels and can give electricity back to the grid at times of peak demand. This is a valuable service to the network operators. The UK electricity industry and its regulator Ofgem are looking into ways they can amend the regulations to allow electric vehicle owners to make money from grid services.

Obviously, this requires smart chargers (as mentioned above) but this could be partly dealt with by the powers in the Automated and Electric Vehicles Bill.

As an example of how profitable this could be (thus reducing the whole-of-life cost of owning an electric vehicle), the Nuvve project in Denmark calculated approximately €1,000 per vehicle per year in V2G payments.

A recent study commissioned by the Department for Transport1 shows that fewer teenagers now hold a driving licence compared to 20 years ago. Travel patterns are changing, with more online communication obviating the need to travel as much. We are seeing more use of shared taxis such as Uber, but not a great increase in public transport use among young people. This is the beginning of a shift towards Mobility-as-a-Service (being able to use (but not own) a car as and when needed).

Lifecycle: how ‘green’ are low-carbon vehicles?

Just because a vehicle has low emissions, does not necessarily make it ‘green’. Full lifecycle consideration is needed to calculate the total emissions bill of these vehicles. This starts with the sourcing of composite materials, transit, manufacture, sales, use and battery disposal/recycling. The emissions and ‘commercial case clock’ starts ticking far earlier than when the vehicle starts its first journey.

There is a growing recognition that low-carbon vehicles are not just a fad but are in fact a viable and cost-efficient alternative, which can also improve air quality – another issue that is coming more to the fore.

The good news is that the policy levers and investment climate are already present and the movers and shakers in the transport world (be they local transport authorities, public transport operators or OEMs of vehicles) should be taking action now.