Why the status of gig economy workers needs addressing in transport

With companies like Uber, Deliveroo, CitySprint and many others engaging in casual working arrangements with their drivers, the implications of the gig economy are particularly significant in the transport industry. David Sheppard, Employment Lawyer at Capital Law, explains the rights of gig economy workers, why the issues need addressing… 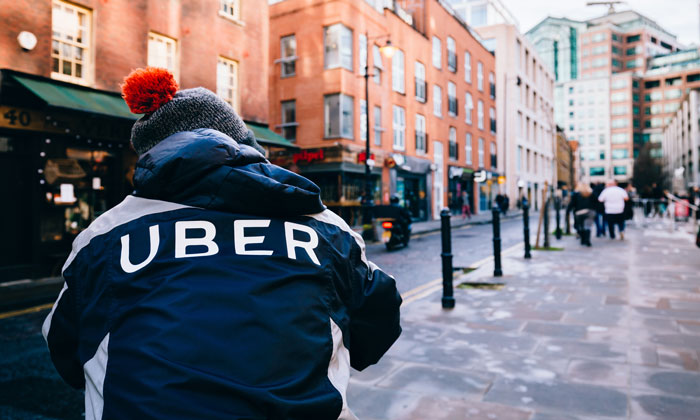 What are the different employment statuses in the UK?

UK employment law currently recognises three statuses of working relationships – all of which come with different responsibilities for employers, and corresponding levels of rights for employees.

You can either be an ‘employee’, a ‘worker’, or ‘self-employed’.

If you’re an employee, you have the most rights. You’ll have entitlement to a statutory redundancy payment, the right not to be unfairly dismissed, the national living wage, along with minimum paid holiday and statutory sick pay.

If you’re a worker, you’re still guaranteed the national minimum wage, statutory sick pay, the working time regulations, and protection from discrimination under the Equality Act.

But, if you’re self-employed, you fall outside the definition of either employee or worker –you’re not afforded any of these rights, and any entitlements are limited to the terms of your contract.

What’s the problem with that in the gig economy?

Currently, most individuals working for companies like Uber, Deliveroo, or CitySprint, are classified in the contractual documentation as self-employed. As a result, they don’t receive any of the rights that workers get.

By being classified as self-employed, gig economy workers are denied basic rights – like paid holiday, sick pay, and the minimum wage. They also don’t have to pay national insurance contributions – and neither do their employers, so there’s additional strain on the remaining workforce to fund the safety net of universal benefits.

Last year, a report by the UK’s Work and Pensions Committee slammed this growing trend of employers using self-employment, finding that five million people – 15 percent of the UK workface – were now self-employed, with the number only set to grow with advances in technology.

What cases have highlighted the problem?

Many disputes in the employment tribunal and courts have argued that people working as part of the gig economy aren’t in fact self-employed. The relationship they have with their companies, and their level of control and integration into the business, qualifies them as workers – so they should receive the same rights as workers.

As a result, several high-profile companies have been through court cases and appeals in their bid to continue to treat individuals on a self-employed basis.
Uber, for example, argued that their drivers operate as separate businesses – and are, therefore, self-employed. However, the ride-sharing firm lost its case at Employment Tribunal and Employment Appeal Tribunal and is currently waiting for its appeal to be heard by the Court of Appeal. The courts so far have found that the reality of Uber’s relationship with its drivers was that all drivers were integrated into the business and were under its control. They couldn’t establish business relationships with customers, or negotiate fares – in essence, they were workers.

Similarly, CitySprint – the cycle courier – lost at an Employment Tribunal, after a courier challenged her worker status. The court found that – because she was required to log in at the start and end of each day, had to wear a uniform, and was even instructed to ‘smile’ in providing a professional service, her working relationship constituted that of a worker – not a self-employed individual.

In contrast, Deliveroo successfully argued its riders were self-employed, as they could use a substitute in their place to undertake delivery services. Deliveroo’s model depends on minimising its overheads, which means avoiding providing the basic protections given to workers.

How can this change?

The Government’s Matthew Taylor review, published in 2017, looked at modern working practices, and strongly recommended that all gig economy workers should have access to greater protection and benefits – to protect both them, and the public purse.

The motivations behind changing this status aren’t purely financial – there’s a discriminatory element too. According to research, there’s a significant racial disparity in the gig economy, fuelling insecurity in the labour market. A report by the Trade Union umbrella TUC showed that non-white workers were about a third more likely than white workers to be on temporary, or zero-hour, contracts.

Although trade unions and employers are often at odds over the pros and cons of working within the gig economy, there does appear to be an emerging consensus between businesses and unions on the need to improve the quality of work.

In February 2018, the BEIS launched its ‘Good Work Plan’, in response to the Taylor Review. This will – essentially – grant workers new rights as the UK seeks to address the gig economy.

The plan has launched a consultation which is due to end in June 2018, and is seeking views on numerous proposals, including codifying the law to ensure it is easier to identify whether individuals are workers or self-employed. It also recommends developing an online tool to help people identify their status once the legislation is decided.

Critically, the plan encourages the state to take responsibility for enforcing workers’ core rights – and naming and shaming those organisations that don’t comply in providing holiday and sick pay to its workers – a development which should be welcome, and will hopefully help improve working conditions across the UK.

David Sheppard is an Employment Law Associate at Capital Law. He has almost 10 years’ extensive experience advising on all aspects of employment law for both employers and employees.