HS4Air: the UK needs a strategic plan for its transport infrastructure

After revealing the innovative HS4Air proposal, Alistair Lenczner, Director of Expedition and Leader of the HS4Air proposal, spoke to Intelligent Transport about the developmental proceedings behind the project and the future steps he hopes for… 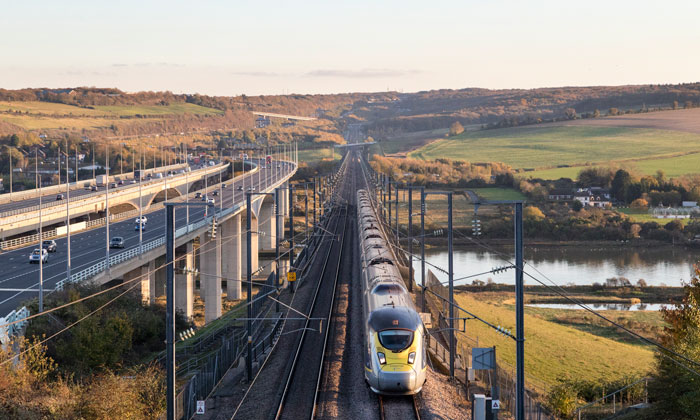 High-Speed for Air (HS4Air) is a suggested new high-speed railway that would connect the existing HS1 with the planned HS2, linking both Gatwick and Heathrow airports with a connection to the Great Western Main Line railway (GWML). Alistair, when revealing the HS4Air proposal, stated: “HS4Air can be regarded as a high-speed railway version of the M25 around London, except that it allows much faster journey times with no congestion and with far less impact on the environment.”

In the very beginning, did you determine that HS1 and HS2 needed to be connected or that the South East England’s transport network required an upgrade?

In terms of creating high-speed rail network connectivity across London, it was unfortunate that the Government decided to remove the connection between HS1 and HS2 that was initially envisaged. That said, the single-track connection via Camden that was included in the initial plans would never have provided the level of high-speed connection that is really necessary to accommodate frequent trains between HS1 and HS2.

In terms of land transport, the biggest barrier between moving from the Midlands and the north of the UK to continental Europe isn’t the English Channel – it’s London! This is partly a legacy of how the UK’s railway network has evolved over time, but also a result of how we have planned our infrastructure over the last 30 years or so.

As well as making direct high-speed train services from cities such as Manchester and Birmingham to Paris and Brussels possible, a high-speed connection between HS1 and HS2 would be beneficial for creating stronger economic links from the south east, to the Midlands, the west and the north of the UK. It is therefore vital to move forward with a plan that links HS1 and HS2. 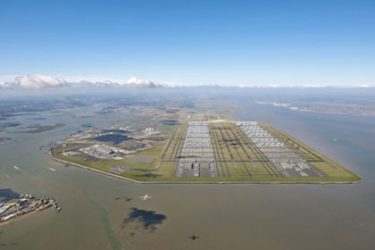 With both St Pancras and Euston being high-speed rail terminus stations in London, HS4Air is a positive and pragmatic plan to connect HS1 to HS2 by going around London.

Foster & Partners’ Thames Hub infrastructure proposal a few years ago can be seen as an ‘idea seed’ for HS4Air, as it featured a high-speed orbital railway around London that passed through a major hub airport.

Is it more important to link HS1 and HS2 or Gatwick and Heathrow?

In terms of connecting HS1 and HS2 or Gatwick and Heathrow, it is hard to say which is the more important priority…both are! If we compare the UK to other countries in Western Europe, analysing how direct rail access is provided to national hub airports from entire nations, it is evident that the UK has already fallen behind. Paris (CDG), Frankfurt (FRA), Amsterdam (AMS), Brussels (BRU) and Zurich (ZCH) airports all have airport railway stations that are served by Intercity trains from across their respective countries. There are still no plans to achieve direct nationwide rail access to either of London’s two largest airports. HS4Air would remedy this problem for both. 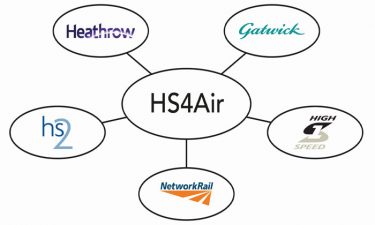 A major benefit of HS4Air is that it provides multiple benefits within one project. By connecting HS1, HS2, Heathrow and Gatwick in one project, the numerous benefits offered are greater value for money from an investment viewpoint, whilst the accumulated environmental impacts are lower in volume than the combined pollution created by separate projects.

Now that the proposal has been released, what is the next step?

Since HS4Air has been in the public domain it has received a positive response from both the media and many people across the country. We are currently talking to several parties to assess how best to move the project forward.

How have the authorities/public reacted to the proposal? Is there an objection that appears widely felt?

On the whole, the public response to HS4Air has been very positive – people can instinctively see how the concept makes sense and how it would benefit the country. So far, we have not come across anything that could be seen as a likely ‘showstopper’ for HS4Air.

What are the processes that must be completed before the proposal of HS4Air becomes reality?

As with any major infrastructure proposal, HS4Air needs to overcome a series of obstacles to be taken forward into reality. There are a number of processes that need to be completed including getting broad support from the public and government, formulating robust project funding models, and responding to environmental impact issues. However, if it can be demonstrated that HS4Air provides a substantial net economic benefit for the UK, then there is reason to believe that it can become a reality.

The steps that have to be completed are:

What is the biggest risk attached to the HS4Air proposal?

Arguably, from the viewpoint of the UK’s economic future, the biggest risk attached to HS4Air is that it doesn’t happen! The UK needs a step-change in the rate that it plans and builds interlinked strategic infrastructure so that the country can remain economically competitive over the coming decades. 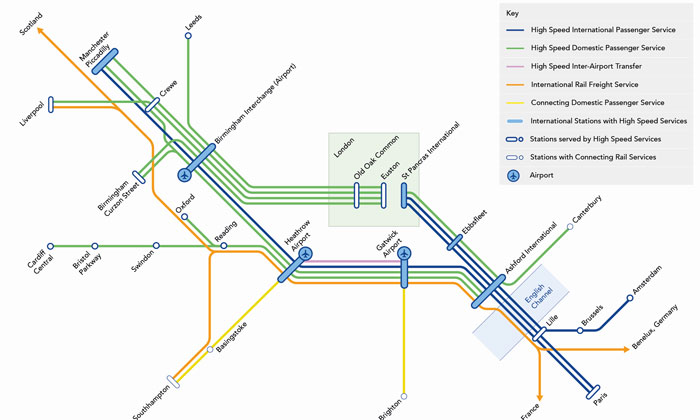 Are you planning to apply for funding/grants for HS4Air or will it be financed alternatively?

In terms of funding, it is still very early days for HS4Air. A number of funding models might be appropriate, including private funding. Given the number of stakeholders that would stand to benefit from HS4Air, a funding model could be envisaged that allows multiple parties to contribute towards the project. Perhaps an innovative multi-agency ‘crowd funding’ model could be created.

What do you believe the necessary developments are to our transport network, to ensure it remains viable in the future?

The UK currently does not have a co-ordinated strategic plan for the future development of its national infrastructure that looks at how all the infrastructure sectors interact. HS4Air could be the catalyst towards getting the country as a whole to think about planning its infrastructure in a joined-up way.

As a consultancy, Expedition wants to make a positive contribution to the country’s planning and design agenda for the built environment. Although Expedition is not one of the UK’s big consultancy firms, you don’t need to be big to have a big idea. 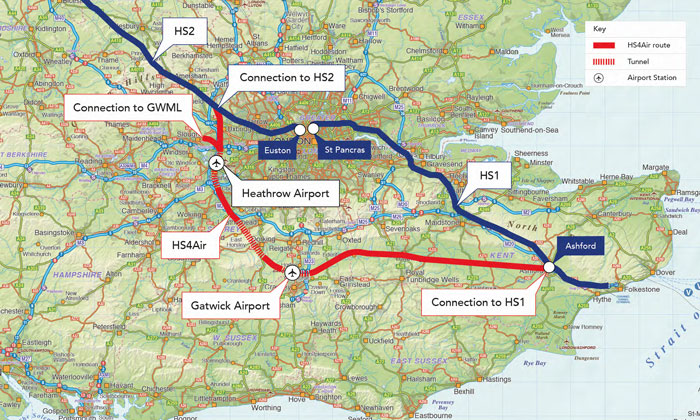 What do you consider to be the biggest threat to our transportation network in the future?

One response to “HS4Air: the UK needs a strategic plan for its transport infrastructure”