What would a ‘hard Brexit’ look like for the UK transport industry?

In December 2017, the European Union warned UK companies operating in the maritime, aviation and road transport sectors of the consequences of a possible ‘no-deal’ scenario in the negotiations for Brexit, highlighting the regulatory problems that may arise if the UK leaves the EU without reaching an agreement. Here, Richard Thomas, Partner at Capital Law, explains what these implications might be… 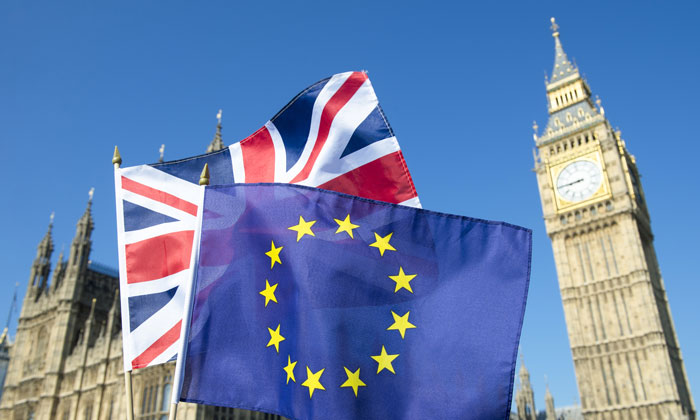 One of the key issues to bear in mind regarding any debate about the EU, UK and Brexit is that the EU is, at its heart, a rules-based entity. All member states sign up to these rules (such as the ones surrounding the single market and the customs union) and agree that these rules will be policed by the CJEU (the Court of Justice of the European Union).

When Theresa May triggered Article 50 in March 2017, she served the EU with two years’ notice that the UK would leave the EU. This means that, legally, the UK will be a ‘Third Country’ from 29 March 2019, resulting in significant legal implications for all businesses currently operating in the UK.

All the operating licences and authorisations that have been granted to UK-based companies operating in the maritime, aviation and road transport sectors were granted on the basis that they were operating out of an EU member state that had signed up to all the EU rules and regulations.

These sectors are heavily regulated featuring a myriad of such rules and regulations – and are policed by the CJEU. However, now that the UK has served notice to leave the EU, the operating licences and authorisations that were granted based on the membership will cease to apply once this expires.

This is the sensible course of action for such companies. However, there is no guarantee that the EU will agree that any operating licences granted by the UK as a ‘Third Country’ will be recognised as mutually applicable throughout the EU. In fact, the EU very rarely agrees to any form of mutual recognition of different rules, as it insists upon its rules being followed as the price of access to its market.

The legal fact is that from 29 March 2019 the UK will cease to be an EU member and will become a ‘Third Country’. If there is no deal in place by that time, the UK will leave the EU and all its legal and commercial structures behind.

On this basis, the EU Commission wrote to several companies in regulated sectors in December 2017 to highlight that, once the UK becomes a ‘Third Country’, their current operating licences (granted by the UK as an EU member) would no longer be valid within the EU. The UK Government initially complained about this action by the Commission but backed down when it was made clear that the Commission was simply pointing out the legal and commercial position that would apply.

Despite maintaining a mantra of ‘No deal is better than a bad deal’, the UK Government does not appear to have made any conspicuous preparations for a no-deal scenario. The letters from the EU Commission demonstrate that the EU is still preparing for a potential no-deal scenario.

The UK Government, conversely, has channelled all its efforts toward negotiating a transition or implementation period, which will apply when the UK legally becomes a ‘Third Country’ until 31 December 2020. The transition period will see the UK being allowed to continue to participate in all the EU legal and commercial structures (such as the Single Market and the Customs Union) and, as such, all the operating licences granted to UK-based companies will continue to have legal effect across the UK and EU until 31 December 2020.

The transition period would allow the UK and the EU sufficient time to negotiate a final Free Trade Agreement (FTA), that will then govern their relationship going forward. However, there is no guarantee that an FTA will include any mutual recognition by the EU of any operating licences granted by the UK. This will need to be negotiated and agreed with the EU on a case by case basis and, already, the EU has stated that it will not allow the UK to cherry pick access to certain sectors.

It is likely that the UK and EU will agree a transition period (although this is still currently dependent on a suitable resolution of the issue concerning any border between Northern Ireland and the Republic of Ireland). However, even if a transition period is agreed, all businesses that wish to operate in both the UK and the EU would be prudent to consider setting up an EU-based entity from which to apply for all relevant EU operating licences. This will prove necessary even if a final FTA is agreed between the EU and the UK.