A matter of necessity: cross-border public transport in the Euregio 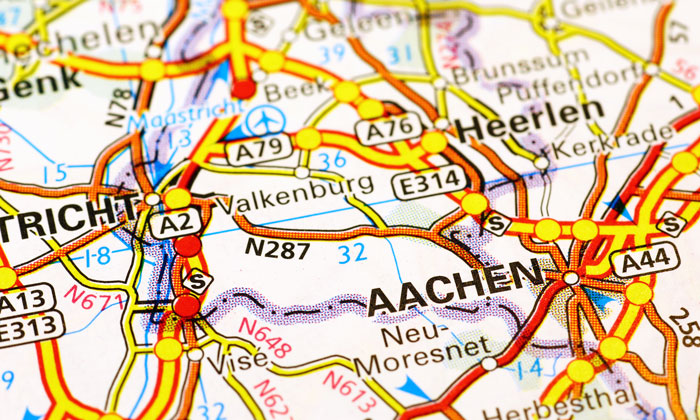 What are the challenges in delivering cross-border public transport? How have you managed to develop and implement cross-border transport and ticketing so far?

Aachen is a border region with three different nations surrounding it – the Netherlands, Germany and Belgium – that come together in a border triangle. In honesty, it is a challenge to work on improvements in cross-border public transport because infrastructure and the ability to deliver transport services differ from one side of the border to the other. The development of transport solutions that benefit all users needs to be worked at by those on all sides of Aachen’s borders. There has to be a willingness on each side of the border, and a political willingness also, to develop conditions and a framework that support what you want to achieve. Without this, you can have the best ideas but no way of implementing them. In the end it comes down to funding and the resources required, but ultimately, the implementation of cross-border public transport isn’t the core focus of each region. The authorities for each region across each border must focus on their own cities first and foremost, their place within their own national transport network and then as an additional responsibility they must focus on cross-border transit.

How difficult is it to get the separate regional transport authorities to work together to implement cross-border transportation?

It is difficult, but not at all impossible. What can be challenging is identifying the stakeholders you need to gather around the table to get to the point where you can begin making decisions. In Belgium, for example, we not only have a Belgian section within our border region, but a Belgian section that is itself made up of three separate regions. Communicating with the various parties in each of these regions and getting them to commit to making decisions that kickstart the rest of the process is a challenge. You really need to build up a network in a place like Aachen, and as the transport authority for the region, AVV has a dedicated focus on cross-border transport. We live in a border region and if there’s no one taking care of improving movement across borders, then it won’t happen; we recognise that for others, the responsibility is something of an ‘add-on’ to their daily tasks. We have organised working groups to bring PTOs from each side of the border together, as well as their responsible public bodies. There is no obligation from any one party to actually participate in these groups but is a great platform to exchange ideas and work out what decisions need to be made by each country. The groups enable discussion and action not just around major issues, but minor ones too, and it is these challenges that must be solved first to make cross-border travel simpler. For example, we set up a ticket vending machine for the SNCB, the Belgian railway, in Aachen main station, but implementation took time because it isn’t the railway’s daily business. Contact with the necessary partners and with the station operator, an internet connection, a power supply – these all appear to be trivial problems, but collectively they cause a larger challenge, and only once that challenge is solved will passengers wanting to travel from Aachen into Belgium be able to do so.

So, the process of this type of problem solving hinges almost entirely on good communication and collaboration?

Yes, but another part of it is lobbying; going to public institutions, and sometimes even taking things to a political level, to ensure you receive adequate support and begin to develop a supporting framework, inclusive of funding. Some funding programmes work on both sides of the border, with, for example, the German and Dutch sides funding 50 per cent of the project each, or each investing enough money to complete their own portion of the project. None of this can happen, though, without communicating with the relevant stakeholders.

How would this process work in a place where, unlike Aachen, cross-border travel isn’t a necessity?

In Aachen, we have a fairly good cross-border transit system compared to other border regions; there are buses that go across the border, and shared concessions offered by the public body across each border, as well as a the Euregio ticket which enables people to travel throughout the whole cross-border region with just one ticket for a little over €18, which is very cheap when you consider how much ground it covers. On weekdays, the ticket is valid for one adult for all public transport within the Euregio, but at the weekend, will cover intermodal transport for a whole family (two adults and three children). This particular ticket was introduced in the mid ‘90s and required extensive discussion to achieve agreement of all three cross-border bodies.

One of the main challenges for the future is of course digitalisation – which is inherent in all forms of public transport – and the emergence of e-tickets. There have been isolated developments on each side of the border over the last decade: the Dutch ‘OV’ chip card, the Belgian ‘MOBIB’ chip card, and the German version of chip card (eTicket Deutschland) – all of which are comparable to the UK Oyster card, enabling contactless payment. E-ticketing systems have also been developed in each region, but separately and with no cross-border cooperation. We need to find a solution to connect the system. Under the umbrella of a recent R&D project called European Travellers Club (ETC) we set up a pilot that is following up the ID-ticketing approach, where you place a secure identification number on the chip card of each national scheme. This ID is shared between the partners and gets recognised on each side of the border, so a customer will be accepted on a bus or train in the neighbouring country. This means that a German passenger could board a bus or train in Holland, checking in and out in the same way as any Dutch passenger, by means of this chip, and would be charged subsequently by their home PTO, i.e, the German PTO. This doesn’t incur any additional costs and is similar to the traditional concept of roaming. This seamless method should encourage people to travel across national borders by means of public transport and offers huge potential. There is the option to connect different e-ticketing standards, flexibility in terms of the user medium (i.e., chip card or bar code on a smart phone etc.), as well as incorporating other mobility options, such as ride-sharing, in the future. This represents huge potential for the future of integrated mobility – being able to link different services – and is an area that we are looking to expand on.

How big is the trial at the moment?

The pilot currently has 500 users, so we are not talking about thousands of people. However, in the border regions where not many people use public transport to travel across borders, 500 is a significant figure and one that is suitable for representing the functionality of the system.

The pilot will run until the end of March this year, after which time we will evaluate the project and ascertain what works well and what can be improved in the future.

When it comes to integrating new modes to your current transport system, do you feel you now have an advantage over other regions?

I would say, yes; because the technology allows such an inclusion. However, we must bear in mind that regulations and governance structures need to be established in a collaborative way that enables different mobility service providers to be included. You need to create a government setting where each stakeholder is willing to bring in their service and – aside from the technical issues – this is an important element that needs to be tackled. Some regions in Europe have tried to implement such a structure and we can see that it works a bit better in large metropolitan areas. With regard to other big cities – not as big as London, but for example, Aachen or Cologne – we need to get to a point over the coming months and years where we have the technical capabilities to make it happen there. Also, the content side needs to be in place, such as the contract between the mobility service providers and arrangements for the customer that really meet their needs and requirements. This is a vital consideration; there is no point in offering services if no one makes use of them. We need to come up with a model of how we can provide these services in a way that actually works for the customer.

From a technical point of view, we are in a good position to move forward. We are not ‘almost there’ by any means, but we are preparing the ground. This is a good approach to ensure that you have a system architecture that is as flexible as possible, allowing the integration of different providers, with flexibility in terms of the user medium, and that builds up interoperability – one of the key points. I believe we are working on approaches that are very promising, otherwise we wouldn’t follow them.

Dominik Elsmann is Head of Department for Cross-border Public Transport at Aachener Verkehrsverbund GmbH. He has a PhD in Economic Geography from RWTH Aachen University, and worked as a project manager for international transport projects for three years. He joined AVV in 2015, where he is responsible for all matters in the field of cross-border public transport, and has been a project manager for several international public transport projects that focus on innovation and digitalisation, namely: 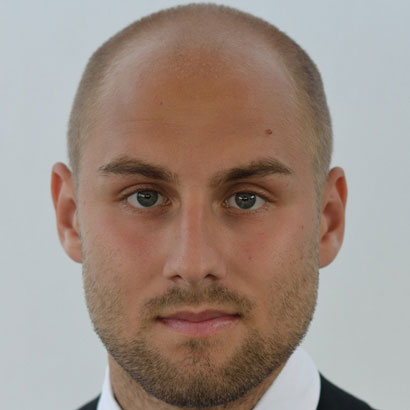