With ABI Research’s recent survey finding that the transportation industry plans to introduce robotics into their business operations within the next year, Susan Beardslee, Senior Analyst at ABI Research discusses the survey’s findings and what technology transportation businesses are focusing on… 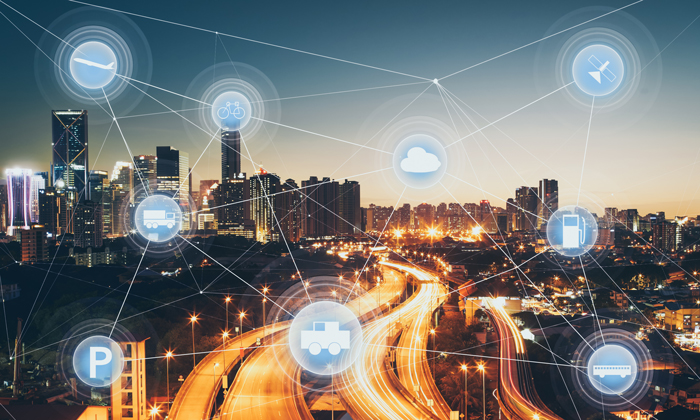 ABI Research has found that there continues to be a growing case for advanced driver-assistance systems (ADAS) and autonomy in commercial vehicles, despite early initial adoption of the former. However, original equipment manufacturers (OEMs) are quickly adding such features to their new models and ADAS popularity is increasing.

Multiple commercial vehicle vendors are in the early investigation and assessment phase of autonomy, and manufacturers and suppliers seeking to implement autonomous vehicles over a longer-term horizon tend to operate in environments that would require autonomous vehicles to scale like Uber.

Many people tend to confuse autonomous with driverless, as if the former will automatically entail the latter, which is not necessarily true.

Several enabling technologies for ADAS and autonomy are in the planning or deployment phase with many companies, including Ethernet, Wi-Fi, robotics and AI, as well as human machine interface (HMI) technologies, such as augmented reality (AR) and virtual reality (VR).

Technologies such as 5G are not anticipated to be deployed broadly in the near term.

Artificial intelligence is developing in transportation (although ‘monitoring’ was acknowledged by 36% of ABI Research’s US-based survey respondents as a top ranked application due to the nature of regulatory and safety concerns for transportation).

The role of AI in navigation and guidance for autonomous vehicles remains nascent, while recognition and detection methods including real-time (vision-based) solutions for the road and driver as well as Intelligent Transportation Systems (ITS) remain in development.

How the transportation industry is likely to react to new technologies

ABI Research’s survey found that larger transportation companies are more likely to assess and implement new technology solutions as early adopters, due to stronger margins and greater operational scale, along with the expected ROI. About 18% of the respondents are currently assessing autonomous vehicles, with 6% having some type of plans to do so over the next year. Data and security concerns remain barriers, along with the cost of the technology.

ADAS features including driver monitoring, video and biometrics collectively accounted for 24% of the top ranked disruptive technologies. Truck OEMs including Volvo, Paccar and Daimler are investing heavily along with Uber’s Otto and GM’s Cruise Automation, while video and biometrics are growing to address safety concerns such as Gentex’s iris authentication and Chronocam’s bio-inspired vision sensors.

Nearly half (42%) of the survey respondents saw a strong link between Over the Air (OTA) updates and platooning, followed by commercial vehicle automation (38%). Autonomous vehicles will rely on OTA to identify and repair potential software risks and add needed features.

Respondents do not foresee drones as an integral part of delivery solutions for another five-to-seven years. This may be due to still-developing pilots such as UPS and Amazon (the latter won a patent last year for a solution to permit drones to land on and harness a ride on one of its vehicles).

The benefits of new technology for the transportation industry

Regardless, many see the key benefits of autonomy including:

The entire supply chain, which encompasses transportation and logistics, is rapidly evolving with innovation, along with a significant influx of funding and new partnerships. The new value chain runs from the driver to the vehicle, road infrastructure, warehousing/distribution centres and through a variety of regulatory bodies.

There is no more ‘business as usual’ but a wealth of opportunities awaits.

Susan’s background includes relevant experience in embedded technologies and IoT, advanced automotive, transport, and UAVs. She previously worked for Intel and ON Semiconductor and held a variety of positions with other semiconductor manufacturers and suppliers. She assumed roles in market research, as well as strategy, operations management, competitive analysis, and IT, including cyber security management.