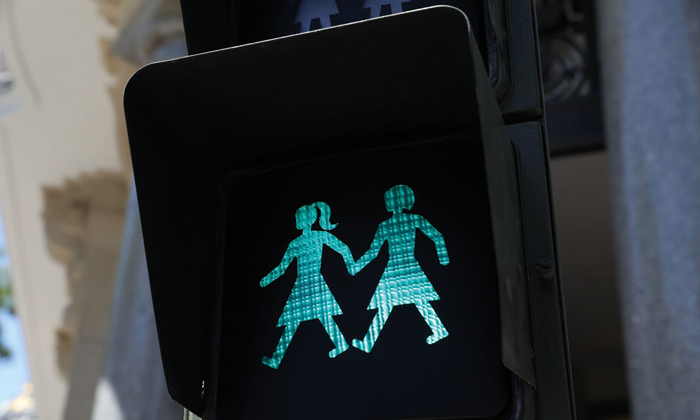 Madrid has become a prime example of an open and tolerant city, illustrated by its hosting of the World Pride 2017 celebrations between 23 June and 2 July in the Chueca neighbourhood and city centre. In this article for Intelligent Transport, Tomás Melero, Consorcio Regional de Transportes de Madrid (CRTM), gives some insight into how the city’s local transport sector was able to accommodate the huge numbers of visitors while keeping Madrid mobile for its inhabitants. 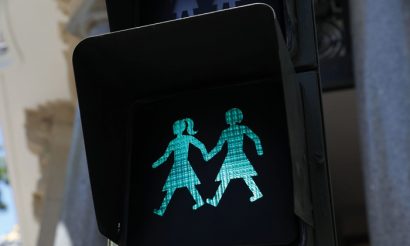 Coinciding with the 40th anniversary of the first LGBTIQ demonstrations in Spain, Madrid was selected as the host for the biggest event in the world for the LGBTIQ community. The event takes place internationally every two or four years with more than 2 million participants and associations from across the world.

During the week of Madrid World Pride, activities and cultural events are held with the support of Madrid City Council and the LGBTIQ associations, all in the name of celebrating and defending social diversity and equal rights for all.

The culmination of the celebrations is the LGBTIQ Pride Demonstration, which this year took place on the first Saturday of July along some of central Madrid’s main avenues.

To guarantee smooth mobility in the city centre for all event participants, Madrid City Council and the associations in charge of organisation proposed measures for pedestrianising large areas where events were being held.

For security reasons, several elements – such as dumpsters – were removed from the streets in these areas. One other important measure was the circulation of parking prohibition for vehicles, including bicycles, in the vicinity of the event and its surrounding areas.

To guarantee optimum mobility for all attendees, the organisers looked to coordinate the management of public transport with the support of Consorcio Regional de Transportes de Madrid, the city’s public transport authority. 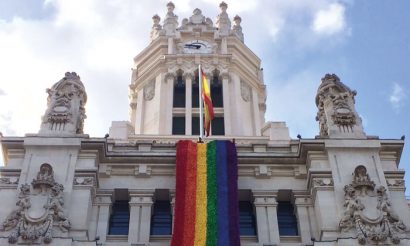 The management of a major event such as World Pride requires a complex level of coordination and information. This includes ensuring the adequate planning of transport alternatives for users, as well as cooperation between all the agencies involved – for example, public transport authorities and operators, traffic management agencies, emergency services, and so forth.

In the months leading up to the event, detailed planning of all the tasks that had to be carried out was crucial. Multidisciplinary working groups that met every two weeks were set up to design a special protocol for managing the event. At these meetings, all requirements of those involved were taken into account, from street closures and bus route changes, to security measures.

With regard to planning special mobility measures, CRTM worked alongside Madrid City Council and local police to issue notification of vehicle parking restrictions, as well as to define the itineraries and routes of urban and suburban buses. They also planned alternatives for all modes of public transport set to be affected by the event, and increased programmed services across the public transport system to satisfy the increased demand that the event would bring.

Once these studies were complete, the capacity of the public transport system during the event was analysed. The conclusion was that public transport capacity during World Pride 2017 would exceed 1.5 million places, which corresponded to the planned reinforcements for areas that would host the main events.

Nevertheless, even when every detail seemed to be taken care of, a strike was called by Madrid’s Metro drivers from 28 June to 2 July that had the potential to put stress on the public transport system and affect the event’s carefully planned management.

World Pride 2017 began on 23 June and was managed in real time through CITRAM, the innovation and management centre of CRTM. Highly qualified staff, and the support of ad-hoc multimodal tools that integrate information from more than 40 public transport operators throughout the region, allowed for a ‘global’ view of the system, and helped CITRAM to efficiently follow and manage the event in real time.

In addition, CITRAM’s real-time multimodal information on the status of the public transport system was sent to all of its users, including approximately 2 million participants of World Pride Madrid 2017.

The event was split into two periods, each having a varied impact on Madrid’s transport system. The first ran from 23-28 June and had a limited impact on the public transport network, as fewer activities took place. The second period from 28 June to 2 July, however, increased stress on the public transport network, reaching its height on the day of the LGBTIQ Pride Demonstration itself.

The additional number of participants during the demonstrations saw an increase in demand on both the Metro and EMT, Madrid’s urban bus organisation; these two transport modes were the most affected by the pedestrianisation of the city centre and the subsequent increase in users. Almost 275,000 travellers used the bus – an increase of 15.3% on average activity – while 245,000 visitors made their trips via Metro.

Furthermore, as an exceptional measure to ensure service for all visitors, the Metro operated all night from 1-2 July along parts of its network, marking the first time in its long history that it provided services for its users for 24 continuous hours. Importantly, providing this service decreased demand for overnight urban buses.

Another measure that influenced increased use of the public transport system, this time taken for security reasons, was the evening closure of Sol station between 28 and 30 June. A similar measure was taken on the evening of the demonstration itself, when Sol, Banco de España and Colón stations were all closed. 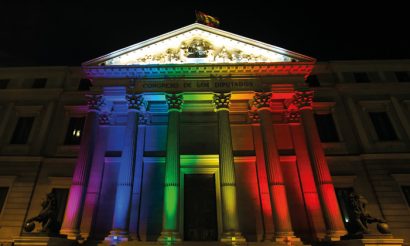 Madrid’s Metro ran for 24 continuous hours for the first time in its history during the event, helping reduce the reliance on overnight buses

The importance of being organised

Coordination is essential in guaranteeing the success of a mobility plan for special events involving several organisations, visitors, and modes of transport.

As Madrid has demonstrated, it takes very careful planning to ensure passengers receive high quality service, even in unforeseen circumstances like the Metro strike. The combination of pedestrianisa – tion around the event and the reinforced public transport service made for a very efficient passenger experience.

A significant contributing factor to the event’s successful management was having a unified, real-time management centre like CITRAM in place. The centre helped to dramatically increase the resilience of the public transport system, owing to its ability to respond to and coordinate with all the organisations involved, as well as provide traveller information.

Ultimately, it’s important to highlight the low level of incidents and problems with the system during the event, something made possible by the exemplary behaviour and attitude of all the professionals, volunteers and participants who took part in World Pride 2017, making the event a success on all fronts.

Tomás Melero has worked for Consorcio Regional de Transportes de Madrid (CRTM) since 2003, starting as a technician in the Infrastructure and Services Planning Department. In 2010, he was commissioned to implement CITRAM, CRTM’s public transport innovation and management centre. He is currently Head of CITRAM, which opened in August 2013.