Ian Foster, Engineering Director for Metroline, details the challenges of servicing a constantly changing London bus fleet, and explains how important it is to make the transport industry appealing to younger people to encourage the next generation of engineers… 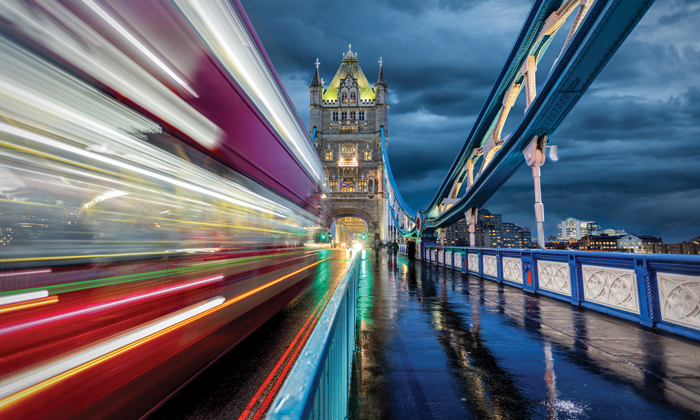 Managing the day to day operation of 1,650 buses in a city like London is both interesting and challenging in equal measure. The pressures on operations, and the ability to meet the expectations of both our main customer (TfL) and the public on a per minute basis, requires the combined efforts of over 5,000 staff.

Working in London soon awakens you to the expectations of the travelling public, and the large amounts of funding required for both the Underground and bus system to provide a comprehensive service. In most circumstances there is no need for an itemised timetable; people are aware that a bus or tube will be there every 2-10 minutes.

I think most people are unaware of how many more passengers are carried by the bus service than the Underground system, and to achieve this there are huge amounts of people involved, a fleet of over 9,000 vehicles, and a traffic management team with a very big responsibility: keep London moving.

As a London operator, we run a mixed fleet of Euro 3 to Euro 6 vehicles, mainly on Volvo, Alexander Dennis chassis with Wright and Alexander Dennis bodies. We’re currently operating 5 BYD electric double deck units, with 23 single deck variants ordered, and by the end of 2017 we will have nearly 600 hybrid Volvo and ADL double deck buses in service.

Metroline was one of the first operators to run hybrid buses as part of a wider trial by TfL in 2008, and those first five ADL E400 prototypes are still in service at the Cricklewood depot in North West London, running with 73 production models.

Metroline operates around 250 Volvo/ Wright B5LH hybrids from several sites, a number set to rise to over 330 by the end of 2017. The operation of hybrids has given us an insight into technologies that are now being used more and more frequently. While there is a much greater reliance on electrical diag – nostics in operation, the need for mechanical knowledge is still essential within the whole maintenance cycle.

The introduction of 1,000 new Routemaster vehicles into the London fleet, brings another variant of an evolving technology into the mix, and we currently operate 150 of these vehicles.

Metroline took delivery of the first five electric double deck buses in 2016, and has been chosen for the roll out of the largest fleet of hydrogen buses into London in 2019; these are also intended to be double deck in line with the vast majority of buses in the city. There was also a recent tender win to operate the 23 single deck BYD electrical vehicles from Holloway. 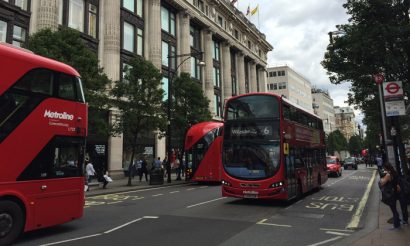 The constant evolution of technology provides a stern test when it comes to fleet maintenance, but it’s a challenge Metroline is meeting head on

With such a broad fleet, the challenges of daily operation are varied and constant. With a spare capacity of around 10% and most routes operating at high capacity every day, there is little chance to do basic servicing during the day, so it has to be carried out over a 24/7 per week cycle.

Most engineers work on a rotating shift pattern with a number of single skilled staff (mechanics, electricians, coachmakers, etc.) being supported by a newer group of multi-skilled engineers, as well as a couple of master technicians.

Working within the regulated market in London provides a relatively consistent revenue stream from tendered contracts, but the penalty system keeps you focused. The company’s team works extremely hard to run over 99% of contracted mileage on time. There is a very dedicated workforce focused on providing the best transport system they can to the capital’s population.

It is well acknowledged that the decline of traditional apprenticeships in the late 1980s has led to a disastrous drop in the number of vehicle engineers in the marketplace, and we have been fighting that decline ever since. Despite our own in-house apprenticeship scheme being in operation for nearly 20 years, we have struggled to keep pace with leavers and retirees.

As a business, we have to constantly look at how we market ourselves to the young and those outside our industry. The introduction of these new technologies is having an instant effect on the market, and while our traditional mechanical staff are wary of the increasing electrification of transport, it can importantly produce a level of excitement and interest among the younger, computer-savvy generation.

The challenge for us is to push manufacturers to accept that the leased vehicle and third party maintenance model favoured by truck operators does not work for large bus and coach operations, and as such, they need to provide us with full access to the same training and software that their master technicians use.

Their dealerships cannot cope with the large fleet numbers in operation, and they certainly can’t carry the huge financial penalties that are charged in London relating to mechanical lost mileage, service regulation and vehicle availability.

It has taken several years, but vehicle suppliers and chassis manufacturers are finally realising that they can’t cope on their own and that our in-house teams, if trained properly, can be an asset to dealer networks by reducing their own warranty work. The doors are opening to higher levels of training, and our purchase contracts are now stipulating the levels of training we require to buy vehicles.

As the pool of talent is so slow to expand and there are still many more ‘sexy’ trades enticing young people, we have to be more imaginative in our approach to bringing them into vehicle engineering, whether through work experience or inviting classrooms of six year olds into our workshops to show them how the ‘Big Red Bus’ they use daily is run.

New technologies are introducing a different skill requirement, and a different set of running conditions, but that doesn’t mean we can’t step up to that challenge. My team are focused on the excitement and interest in new propulsion methods, and we have a core of workers that are ambitious and want to succeed. The real challenge is recruiting the inquisitive and bright so that we can mould the engineers of the future, and making government agencies understand that the apprentice levy needs to be used properly in enabling new skills to be developed – not used as just another form of taxation. 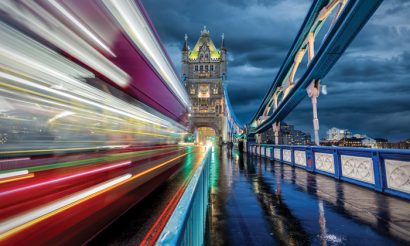 There is now greater reliance on electrical diagnostics in operation, but the need for mechanical knowledge is still essential within the whole maintenance cycle

Many readers will be 100% aware of the day-to-day challenges of running bus and coach services, but swathes of the public have very little idea about the regulations and legal requirements that have to be met, or about the myriad of hoops that are jumped through to provide the transport services they use in every working day.

The real success for our industry is that we do it with little fanfare, and I think that needs to be reversed. We are running new technologies that in most cases are ahead of truck and van, and we are pushing the manufacturers and dealers to open up and give us access to their previously guarded software and diagnostic abilities. Recognition of our work in the industry should give us a foot in the door with these suppliers, especially given that a company such as Metroline will spend £30-40 million a year on parts and labour. I believe we are at the beginning of a new type of relationship with manufacturers.

As we welcome a future of untold technological advances, a time of new power sources, and another mini industrial revolution, it’s a great time to be involved in public transport.

Beginning in a traditional apprenticeship, Ian Foster has 40 years’ experience across the truck, bus, coach and aviation sectors. He is Engineering Director for Metroline Travel in London, with responsibility for 1700 vehicles and various other areas of the business. He has been at the forefront of London’s hybrid and electric bus roll out, and is currently working on the city’s largest deployment of hydrogen buses to date. He is a Fellow of the IRTE and CILT, and strongly promotes engineering to educators and young people.