Despite carrying more commuters every day than all other forms of public transport, buses still suffer from a perception problem. For Intelligent Transport, Claire Haigh, Chief Executive of Greener Journeys, explains what the company is doing to combat this and what more can be done to encourage people to catch the bus. 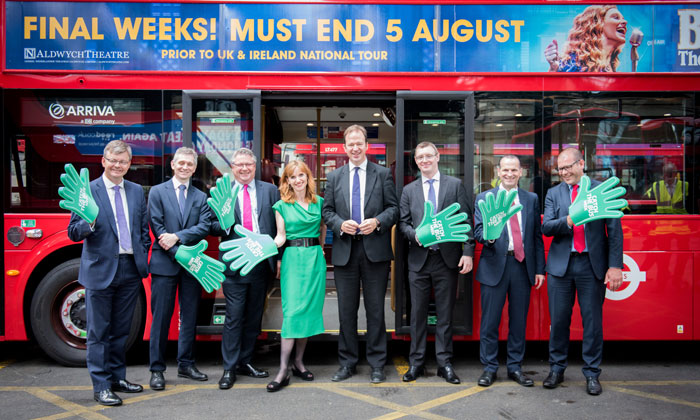 Bus usership continues to decline, and yet buses are more vital to the economy, to our society and to the environment than ever before. This vital service, which carries 2.5 million people to work every day, keeps town centres moving, and reduces the number of cars on our roads, is too easily forgotten and needs a shot in the arm.

The latest Government bus statistics show that there were 4.45 billion journeys made by local buses in the year to March 2017 – a decrease of 1.7%, which continued the overall decline in usage since 2009. Even in London, where fares decreased by 1.8% during the year, usage was down by 2.3%, although Wales saw a small growth in passenger numbers.

Buses suffer, in part, from a perception problem. Despite carrying more commuters every day than all other forms of public transport combined, they can be seen as unfashionable and inconvenient. This couldn’t be further from the truth. While many drivers view buses as road-hogs, they are in fact extremely effective at relieving congestion and freeing up space for other road users because of the number of cars they take off the road – up to 75 cars for a fully loaded double decker bus.

The frustration for those of us working in the bus sector is that if people took the time to give buses a try, they would experience the benefits for themselves.

That’s what Catch the Bus Week is all about – a week-long celebration organised by Greener Journeys where we urge passengers all over the country to leave their car at home and give the bus a try. This year our campaign was bigger and louder than ever, engaging 300 supporters around the country and generating an astonishing 12,500,000 impressions online.

The week kicked off with Jesse Norman MP at the Arriva bus depot in Brixton on one of his first engagements as the new Buses Minister, and our campaign was backed by the likes of Andy Street, the West Midlands Mayor, and Val Shawcross, Deputy Mayor of London for Transport. It was a week that saw a bus treasure hunt in Cardiff, the launch of a new biogas bus service in Nottingham, and a dazzling array of competitions, promotions and offers right across the UK. 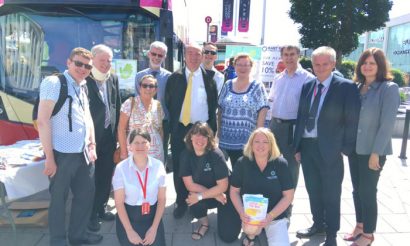 Events like this are a chance for us all to put the bus at the centre of attention, and are a great way to get motorists to give the bus a try. But there’s still more we can do to improve the bus passenger experience and present a more appealing travel option for the public.

Encouraging people to use buses

The biggest deterrent to bus use is rising congestion which has been slowing bus speeds and seriously damaging the sector. Bus speeds have been falling by an average of 10% per decade causing bus patronage to fall by 10-14%. This is why Greener Journeys has recommended that local authorities and bus operators set targets for average bus speeds.

Such measures are helpful, but if we are to really halt the decline in bus use more radical action is needed. 75% of congestion is caused by too many vehicles on the road. If we are seriously to tackle congestion we need more demand management measures such as road pricing and the workplace parking levy to reduce car use. It is vital that we tackle congestion not just to halt the decline in bus use, but because it is a major constraint on growth, suffocating town centres across the UK and contributing to rising air pollution.

Two recent reports by Greener Journeys, Tackling Pollution and Congestion and Improving Air Quality in Towns and Cities, have highlighted the direct link between congestion and air pollution, and why buses are an integral part of the solution to addressing both congestion and Britain’s worsening air quality problem.

The bus sector has been streets ahead of the car sector in adopting clean engine technology. A modern Euro VI diesel bus emits 95% less nitrogen oxides than previous Euro V models, and less than a comparable Euro 6 diesel car – even though a bus has 15 times the carrying capacity of a car.

Put simply, the bus needs to be at the centre of future transport networks, while cars (and particularly high-polluting diesels) must be more heavily penalised. This way we can deliver a modal shift which will solve our most pressing transport problems, and make buses a cleaner and more attractive travel option for all.

2 responses to “Buses: driving the future”