Posted: 14 July 2017 | Transport for Greater Manchester | No comments yet

After the announcement that Transport for Greater Manchester’s Travelsafe Partnership has deployed a number of tactics to stop anti-social behaviour on public transport, Intelligent Transport sits down with the operator to find out more about Travelsafe and how it’s keeping its passengers safe. 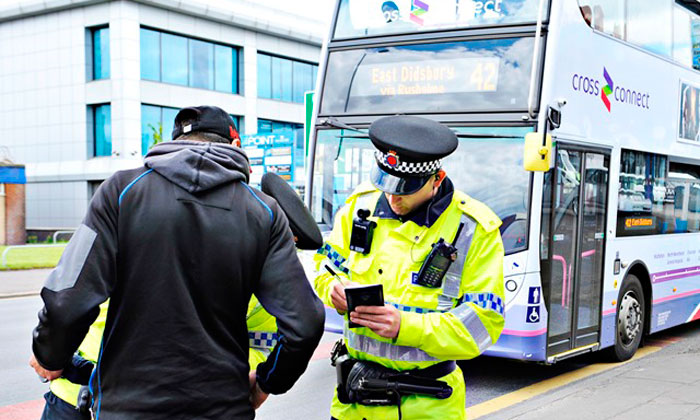 Transport is not a special case when it comes to crime and antisocial behaviour. When you consider that across Greater Manchester, approximately 37 million journeys on Metrolink and 206 million on the bus network were made in 2016, the chance of being a victim of, or witness such an incident, is extremely rare.

However, the fear of crime and anti-social behaviour is a key factor that can influence a person’s decision on whether or not to use public transport, so tackling this issue is a clear strategic priority for Transport for Greater Manchester (TfGM), Greater Manchester Police (GMP) and the bus and tram operators.

That is why we have put significant resources into developing the Travelsafe Partnership – a multi-agency approach to tackling crime and ASB on public transport. Led by TfGM and GMP in partnership with First Bus, Stagecoach and the Metrolink operator (currently RATP Dev Ltd but Keolis Amey as of 15 July), a core element of the partnership is the Travelsafe Unit (TSU). Launched in April 2015, the unit is made up of police officers, special constables and travel safe officers. The TSU offers a visible presence and reassurance to passengers as well as preventing and dealing with incidents of crime, antisocial behaviour and fare evasion. 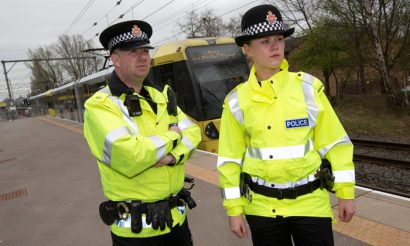 The unit was developed in response to a number of issues, such as cuts to front line policing staff, the expansion of the Metrolink network and the development of multi-million pound transport interchanges, which made the previous transport policing model unfit for purpose.

In its first two years of operation, the unit has adopted a strong partnership approach, regularly using intelligence and crime and antisocial behaviour data from contributing operators to help target patrols in the necessary areas at key times.

This shared experience and knowledge has proved invaluable for front line staff, providing greater levels of expertise and knowledge that have, in particular, helped assist in the identification of repeat and high profile offenders. The unit has achieved some notable successes, such as the arrest of many wanted offenders, including a prolific burglar  who had previously been circulated as ‘wanted’ on the BBC’s Crimewatch programme, and who was initially stopped for travelling on the tram network without a ticket.

The unit has recovered drugs, supported multiple major events across the city and safeguarded some of the region’s most vulnerable residents.

The unit also seeks to use restorative justice, which focuses on the rehabilitation of offenders through ‘payback’ schemes and reconciliation with victims. Such schemes are a proven method of tackling low level offending, which makes up the vast majority of incidents on public transport.

Another crucial aspect of the unit’s work is the focus on preventative measures and youth education. Uniformed officers have made over 50 school visits and held hundreds of crucial crew events across the region to educate youngsters on the dangers, impacts and consequences of crime, antisocial behaviour and fare evasion on public transport. 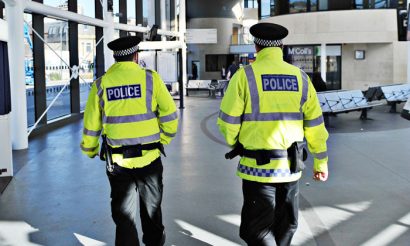 Activities such as these really highlight the importance of community engagement and, importantly, make children aware that the decisions they make today ultimately affect them tomorrow.

Despite all these preventative measures, incidents do obviously occur. Some are serious, most are minor, but it’s important we have the right tools available to us to identify and prosecute offenders where necessary.

Officers are equipped with body-worn cameras that, in conjunction with existing public transport CCTV, help gather evidence for prosecutions. The unit could also soon have the power to ban repeat offenders from the transport network and is seeking additional powers to be able to apply for injunctions. These would prevent those who repeatedly engage in anti-social behaviour from using public transport and potentially facing jail should they breach an order.

The case was considered by the Home Office Anti-Social Behaviour (ASB) Advisory Board in February and a further application has been made to the Home Secretary for a final decision.

The unit has achieved significant success in its first two years but is looking to go from strength-to-strength, with plans in place to expand the number of officers in the near future. This long-term approach is vital as the city looks to deliver the ‘world class connections that support long-term, sustainable economic growth and access to opportunity for all’ as outlined in the 2040 strategy.