How might the future of British transport change post-election?

For your interest and convenience, Justin Fox explains for EuroTransport what the three main political parties in the UK are proposing in the forthcoming election with relation to public transport. 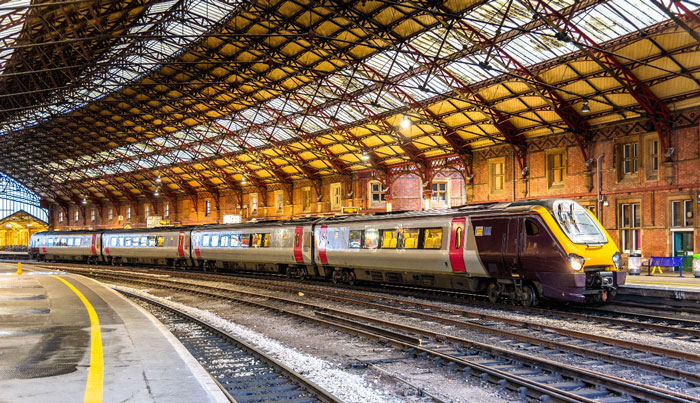 With all the uproar following the Brexit referendum nearly a year ago, you could be forgiven for thinking that the UK’s divorce from the EU was the only political issue of any significance at the moment. Whilst it is undeniably the most important – given that the knock-on effects will be felt for decades to come – we can’t afford not to properly scrutinise the other policies of those seeking to represent us. Here’s what the UK’s main political parties appear to be prioritising in the run up to the election.

Having been in power since 2010, one could arguably say that the Conservatives’ transport policies are reflected in the current state of affairs. However, the Tories are treading carefully in the run-up to the election and have yet to unveil their new manifesto, which means their 2015 manifesto is our primary reference point.

In their 2015 manifesto, the Conservative party pledged to ‘invest in infrastructure’ and roll out ‘more and faster trains, more roads and cycle routes’. This ambition has been dominated by specific projects such as London’s Crossrail, which is expected to give 1.5 million people in and around London better access to the city centre in just 45 minutes. However, developments such as these have come at a price.

Earlier this year, it was announced that most train fares will increase by an average of 2.3% in 2017, which disgruntled many commuters. Developments such as London’s Crossrail, as well as other projects across the South-East, receive almost six times more funding than the rest of the UK, giving London a boost but leaving business hubs such as Manchester and Birmingham behind the curve.

However, assurances have been made that, should they retain power, the Conservatives will look to spend more on the nation’s various regions. The new Mayor for the West Midlands, Andy Street, stated during his campaign that he was “utterly certain” that work will continue on the £56 billion HS2 high-speed line linking London and Birmingham – the first phase of the project is expected to cost £56 billion and is due to open in December 2026.

Recently, it appears that an early draft of Labour’s manifesto has leaked online. Whilst it may differ from the final version, it still gives us a valuable insight into the party’s current mind-set.

The initial mention of transport spending comes as part of a general commitment to infrastructure spending, with £250 billion promised over 10 years. This is followed by the perhaps unsurprising announcement that a Labour government would seek to re-nationalise the railways, in order to prioritise quality of service over the ability to generate profit. This emphasis on quality is a deep-running theme here, with mention made to fare freezes and passenger safety via an increase in staffing levels.

We can also see that the manifesto affirms its support for continued investment in the ‘HS2’ high-speed rail link linking London to cities in the North of the country, and that they would also support investment in projects such as Crossrail 2 and Crossrail of the North. Stating their intent to ensure that ‘every area gets its fair share of transport investment’, it’s clear that Labour has big spending plans for the nation’s railways.

Once again, it is only fair that we refer to the Liberal Democrats’ manifesto from the previous election to get an idea of what their transport policy will look like for 2017.

The Lib Dems are juggling both investment and environmental strategies to ensure that transport in the UK can enjoy the best of both with ‘10-year rolling capital investment plans’. In their Autumn conference last year, the Lib Dems emphasised that a ‘zero-carbon Britain by 2050’ is a priority for them, sending a clear call for innovation within the transport industry at the heart of their campaign.

Like the Labour party, the Lib Dems are calling for the ‘devolution of greater powers over bus and train services’ to delegate power to local authorities. ‘Essential and long-overdue structural upgrades to the railway’ in the form of high-speed railway projects HS2 and HS3 can then be undertaken, connecting Liverpool, Manchester, Leeds, Sheffield, and Hull. For those living in the Midlands, this would be most welcome, especially after so much emphasis has been placed on London over the past few years.

Of the three parties, each plan will likely have its own merits and drawbacks. Which do you think will deliver the transport network that Britain needs?

Justin Fox is a history graduate from the University of Kent, with a keen interest in politics and current affairs. Writing on behalf of Truck Locator, he is seeking to shed some light on aspects of the upcoming election that are yet to receive the attention they deserve.