Creating common rules for public transport accessibility in the EU

Gunta Anca, Vice-President of the European Disability Forum (EDF) and Chair of the Expert Group on Transport, explores how the proposed European Accessibility Act will effect persons with disabilities accessing inner-city public transport. 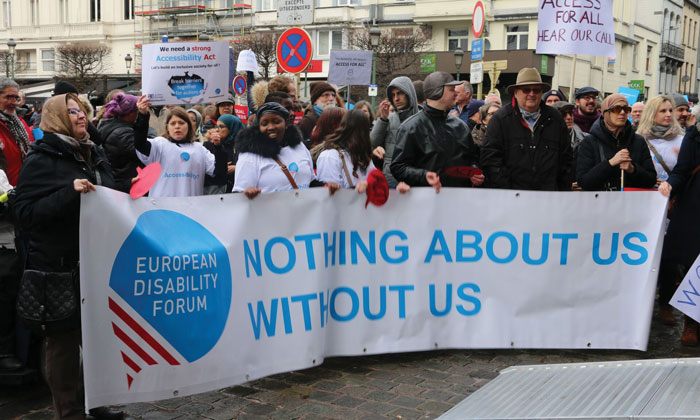 What is the European Accessibility Act?

On 2 December 2015, the European Commission published a proposal for a law which is known as the ‘European Accessibility Act’1. Once this proposal is adopted, it should lead to common accessibility requirements covering products and services across the European Union (EU). Currently, there is no specific EU legislation on accessibility for persons with disabilities. The proposed European Accessibility Act has the potential to make several products and services accessible for all people in Europe, including 80 million persons with disabilities and 150 million elderly people.

The European Disability Forum (EDF)2 has been following the development of this legislative proposal since 2011. In fact, the adoption of a strong European Accessibility Act has been one of the main objectives of its ‘Freedom of Movement’3 campaign.

The proposed European Accessibility Act takes the form of a directive, which is legally binding, meaning that EU Member States will have an obligation to apply what the Act mentions. However, the proposal foresees that only certain products and services need to be accessible. These are mainly:

Why is the European Accessibility Act needed?

Since different pieces of accessibility legislation already exist in different countries throughout Europe, one might wonder why we need yet another law on this. The answer is simple: a quarter of a century after the United States of America introduced their ‘Americans with Disabilities Act’4, persons with disabilities in Europe are still experiencing difficulties accessing, especially at affordable prices, many basic products and services that are taken for granted by other people. The European Accessibility Act is needed to improve this situation. Harmonising accessibility requirements across the EU would also enable companies to sell their products and services more easily in other EU Member States, rather than having to comply with differing national laws.

What will the European Accessibility Act mean for transport services?

The proposed Act takes a rather conservative approach; for example, it has excluded transport vehicles and the built-environment which surrounds them. The suggested features of the European Accessibility Act relate to transport services including websites and mobile applications of transport providers, ticketing machines, check-in machines, and other self-service terminals. This therefore means that the proposed Act foresees that the ticket machine in a train station should be accessible, but it doesn’t foresee that the train station or the train itself need to be accessible. The aim of the European Accessibility Act is to provide a common minimum level of accessibility so passengers know what they can expect anywhere they travel in the EU. However, among others, the EDF is campaigning for the scope of the European Accessibility Act to be widened so that it encompasses transport and its built-environment. While the proposed law is certainly not a panacea to all the accessibility problems we face in the transport sector, it is certainly an important step to streamline efforts and to reach out to mainstream services. Existing EU legislation provides the right to assistance at train stations, but having to book assistance two days in advance and being pushed around in wheelchair is not the same as having independent and spontaneous access to travel like everyone else.

If the European Accessibility Act is adopted, it would mean in practice that transport operators will be obliged to make their websites and mobile applications accessible so that blind people and other passengers with disabilities can use them and book their tickets online. The principles for the accessibility of websites are closely aligned with the recently adopted directive on the Accessibility Websites and Mobile Applications of Public Sectors Bodies7 and the proposed Act provides flexible requirements that focus on functionality rather than technical details. Furthermore, the proposed European Accessibility Act would also allow ticketing machines to be more accessible by providing information via the different sensory channels, for instance audio output as well as text on the screen so it can be used by blind and visually impaired persons.

What are the next steps?

The legislative procedure is still ongoing and it is difficult to predict when exactly this law will be adopted. Currently, the European Parliament is drafting its position and it is expected to vote on this before the summer of 2017. At the same time, EU Member States are discussing the proposal in the other European legislative body: the Council of the EU. Both the European Parliament and the Council of the EU will need to reach an agreement on the text before it can be finalised and adopted. The timeline is therefore not clear and can still vary depending on the progress of the negotiations.

Gunta Anca is the European Disability Forum (EDF) Vice-President and Chair of the Expert Group on Transport. She has been a proactive disability rights activist and gender equality advocate throughout her career. Since 2002, Gunta has also been the Chair of the Latvian Umbrella Body for Disability Organisations (SUSTENTO). At European level, she is also a member of the European Economic and Social Committee (EESC), an EU consultative body that gives representatives of Europe’s sociooccupational interest groups, and others, a formal platform to express their points of views on EU issues. In addition, Gunta is an Adviser in the Disability Rights Fund – a cooperation body between donors and the disability community to advance the UN Convention on the Rights of Persons with Disabilities (CRPD). 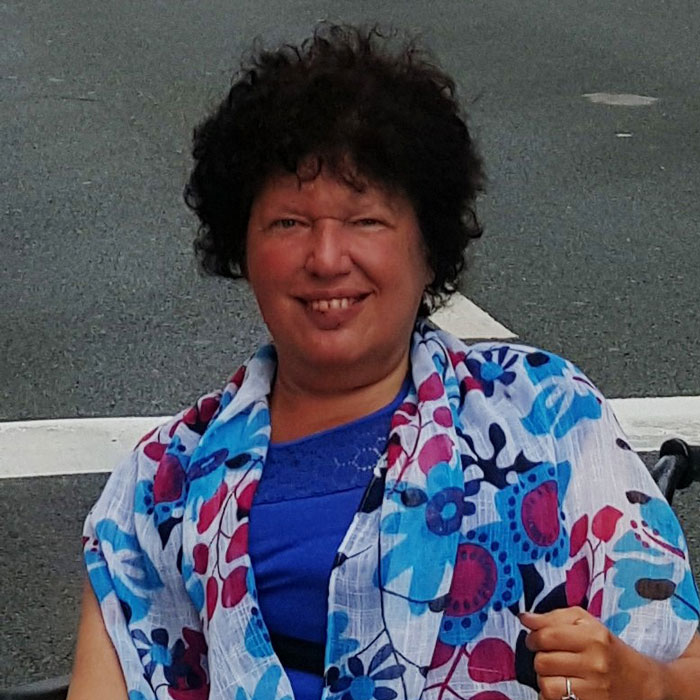