An interview with Anne Graham

We speak to Anne Graham, CEO of the National Transport Authority about new technologies, environmental factors and future projects.

In light of these impressive figures, we spoke to Anne Graham, CEO of the National Transport Authority about new technologies, environmental factors and the operator’s future projects.

2016 was certainly a year of strong growth figures for the sector and this is an indication that there is a clear demand for a safe, efficient and reliable public transport service. The economy in Ireland has certainly picked up in the last two or three years, which means more people at work, and more people travelling. The challenge for us has been to get as much of that additional activity on to public transport as we possibly can, and in general terms, we try and do this by making our buses, trains and trams more attractive transport options.

One of the ways we achieved this in 2016 was to keep fares down. Most public transport passengers saw no increase in 2016, which was a significant contributory factor.

Do you think the implementation of new technologies has played a part in the increase and if so, will you be encouraging operators to continue to invest in areas such as smart ticketing?

There’s no doubt that the increased certainty offered by Real Time Passenger Information (RTPI) and the greater convenience offered by the Leap Card, Ireland’s smart ticketing system, have been very positive. Many of our bus stops have RTPI displays which provide up-to-the-minute information on the services, with a very high level of accuracy. But even where bus stops are not yet equipped with RTPI displays, people can and do access that information via the web or smartphone apps.

We would like to see even greater penetration of Leap, and ultimately, move towards cashless fares and account-based ticketing. Leap is available on services in all the main cities of Ireland, as well as on some regional commuter bus services.

How influential do you think concern for the environment is in passengers’ decisions to use public transport?

I think this is an increasingly important consideration. Traditionally, people have made transport decisions on the basis of cost and convenience. We are detecting a shift in thinking that places a real value on the environmental sustainability that public transport offers and are voting with their feet accordingly. Interestingly, passengers are also factoring in the impact on their own health on their transport choices. I suspect more people are including an element of walking and cycling in their daily commute, as well as the bus and train.

Tell us more about the Luas Cross City Project. In what way will it affect the integrated transport services in Dublin?

Luas Cross City is on schedule for completion by December 2017, on time and on budget. Luas Cross City will provide, for the first time, connectivity between the Luas Red Line and the Luas Green Line. Given that the Red Line already connects to commuter and InterCity rail services at Heuston and Connolly station, as well as the central bus station at Busaras, this will make for a far more integrated public transport service in the centre of the capital. The service will terminate at Broombridge Station, which is also served by commuter trains on the Dublin to Sligo line.

In addition there will be 13 new stops with 8 of these in the core city centre area. Total journey time from St Stephen’s Green to the terminus at Broombridge will be 21 minutes.

Looking ahead, do you have any future projects in the pipeline that will improve passenger journeys and experience?

We do. In the coming months, we will be announcing details of ambitious proposals for developing our bus infrastructure. This involves major investment in the Core Bus Network – the sixteen radial bus and three orbital corridors in the Greater Dublin area along with six regional corridors serving the other major urban centres. While there are some bus prioritisation measures in place, less than one third of the roadway along these routes actually has a dedicated bus lane. In other words, buses end up competing with cars and trucks in the general traffic lanes and so get caught up by the increasing levels of congestion in our major cities. To tackle this, NTA will be proposing to deliver significantly enhanced bus priority – a continuous bus lane in each direction – along each corridor, as far as practicable, along with a segregated cycle lane. On some of the corridors, a Bus Rapid Transit service is proposed and plans for the first of these are already advancing.

We are also looking forward to the increase in frequency in Dart services, Dublin’s commuter electric rail service, which will go from 15 minutes to 10 minutes later this year. 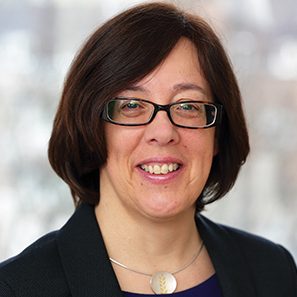