C-ITS – just a technology for cars?

You may well be questioning why there is an article about C-ITS (cooperative ITS) in Intelligent Transport, a quintessential public transport publication. After all, isn’t C-ITS a technology invented by car manufacturers to make journeys smoother for car drivers? This is often the reaction that Suzanne Hoadley, Senior Manager at Polis, receives when the subject of C-ITS is raised in discussion with her public transport colleagues, as well as some local authorities. In this article Suzanne addresses the progression of the technology in recent years, highlighting how it can be better utilised in the public transport sector. 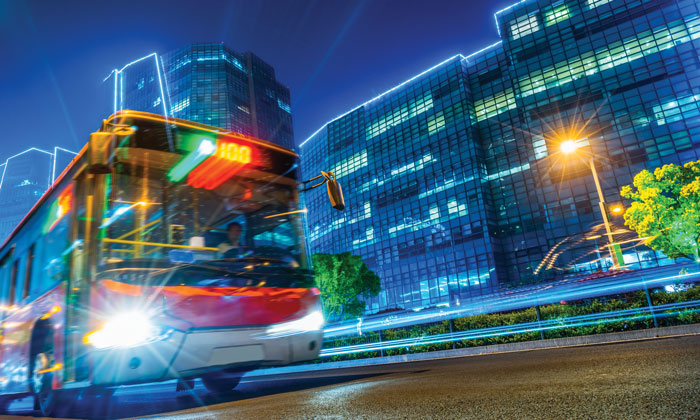 While some of the above assumptions are not strictly untrue – the development of C-ITS has indeed been led by vehicle manufacturers – the reality is that C-ITS can be used in the public transport sector too. Specifically, it can be used to support the movement of lorries, emergency vehicles, electric vehicles, or any other type of equipped vehicle with which a road/traffic operator wishes to communicate.

‘Communication’ is the key word: C-ITS offers a standardised platform for communication between vehicles, infrastructure and other equipped road users. ‘Standardisation’ is another key word. Both vehicle manufacturers and traffic system suppliers in Europe have agreed that any C-ITS solution must be based on commonly agreed European standards to ensure that any C-ITS application can be used by any C-ITS-enabled vehicle and infrastructure.

Such a standardised communication platform could enable a whole range of ITS applications to be developed to support the job of the traffic manager, the bus/tram operator and the emergency services, among others. More importantly still, it could provide an opportunity to gradually move away from the technology silos that are endemic in the transport sector.

What is the role for C-ITS in public transport?

Given the role of the vehicle manufacturers and traffic systems industry in driving forward C-ITS developments, it is not surprising that many of the more mature C-ITS applications are intended to support the driving task. But that driving task may also apply to a bus or a truck. For instance, the GLOSA application, which gives drivers the optimal speed to secure a green light, has possibly been one of the most widely tested applications on urban roads. While GLOSA may have been originally designed for cars, it can also be used for trucks and buses. Achieving a smoother flow of lorries and buses through traffic lights has great potential to reduce emissions and increase overall efficiency. The Dutch city of Helmond has estimated a 13% drop in fuel consumption through the implementation of GLOSA for trucks.

C-ITS can also be used to deliver bus priority at traffic lights. The city of Copenhagen has implemented just such a system. Many German cities are considering a CITS solution as they migrate from their current system which is becoming obsolete. Since bus priority systems are already widely used across Europe, it can rightly be queried what the real benefit of a C-ITS solution would be and, indeed, how it differs from off-the-shelf solutions already in operation today. In terms of functionality, there is very little difference: both rely on communication between the vehicle and the infrastructure to request priority for approaching buses or trams. The key advantage of a C-ITS solution is that the same system (communication channel, message set, hardware) can be used for giving priority to other types of vehicles, such as trucks, ambulances, fire engines or even electric vehicles, thereby offering one system for all rather than one system for each.

Bus/tram priority is one of many public transport-use cases that have been identified within the European project CODECS1. Other use cases include bus/tram stopping/ starting/turning warning; blind spot detection (to minimise the risk of hitting cyclists and pedestrians); localisation of vehicles; request for bus/trams to stop (especially useful for special needs passengers), among others. These use cases currently exist as headings only and have been identified by C-ITS experts, rather than public transport experts. They have been brought to the attention of the ITS group within the standardisation body ETSI, which is essentially made up of automotive and traffic experts. However, the public transport sector is not well represented in these technical and standardisation developments.

The need for engagement of the public transport community

Should car makers be allowed to set standards and develop applications for public transport? As standards are generally voluntary, it may be argued that the public transport community can ignore what’s happening in the C-ITS realm and continue business as usual. Should this occur, it would be a missed opportunity to move towards a more connected and technology integrated transport system.

There is currently an ongoing discussion between the urban rail sector and ETSI around the sharing of the ITS frequency band 5.9GHz, which has been developed and reserved for C-ITS. If the frequency sharing becomes a reality, it means that some of the tram-use cases described above could become a reality.

Where is C-ITS deployment starting to happen?

Europe’s car makers have committed to making C-ITS a standard feature of new cars from 2019 onwards2 provided data privacy and security issues are resolved at European level. Some car makers build not only cars, but trucks and buses too. Several manufacturers have already confirmed that C-ITS will become standard in their new trucks too. It remains to be seen what the situation is regarding buses. Therefore, in the foreseeable future cars and trucks will be communicating with each other as well as the infrastructure, where those roads are equipped.

From a road perspective, motorways are currently leading the way on deployment; however, several cities such as Kassel, Helmond, Trondheim and Copenhagen are actively scaling-up their C-ITS infrastructure installation. Through the European projects CODECS and CIMEC3 , Polis is reaching out to local and urban transport authorities in order to make them aware of the C-ITS developments. Our aim is to encourage them to consider where they could benefit from deployment – especially as equipped vehicles will start to hit the roads in a few years’ time – and to provide a forum for their needs and requirements to be defined and heard by the C-ITS community.

Polis’ intentions are not to promote C-ITS deployment today, but rather to encourage cities, as major consumers of ITS, to think about where C-ITS could deliver improved performance or costeffectiveness when their existing ITS needs upgrading or replacing. C-ITS applications cannot be made overnight – it takes years of development, standardisation and testing.

Finally, it is worth highlighting that European rules on C-ITS deployment will no doubt be issued by the European Commission in the coming years, provided the requested extension of the EU’s ITS Directive (currently under deliberation) is adopted. The European Commission is also coordinating a multi-stakeholder group, the C-ITS Deployment Platform, to work through the remaining barriers to wide-scale deployment, notably data privacy and security. Can the public transport sector really afford not to get more involved?

Suzanne Hoadley coordinates thematic activities related to ITS and traffic management within Polis, which she joined in 2001 initially as Membership Services Coordinator. Her job mainly involves supporting Polis members (city and regional authorities) in sharing experiences and plans on ITS and traffic management matters and voicing their concerns and requirements to the European institutions and other European stakeholders on related European research and policy areas, such as C-ITS, automation and data-related activities. Before joining Polis in 2001, Suzanne worked at a European local development association and a UK local authority office based in Brussels. 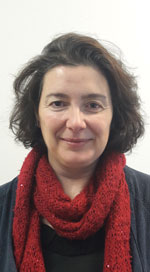