Project SAEIV: the road to implementation

Posted: 19 October 2016 | Léonard Sandoz, Head of Engineering and Technical Project Manager for transN | No comments yet 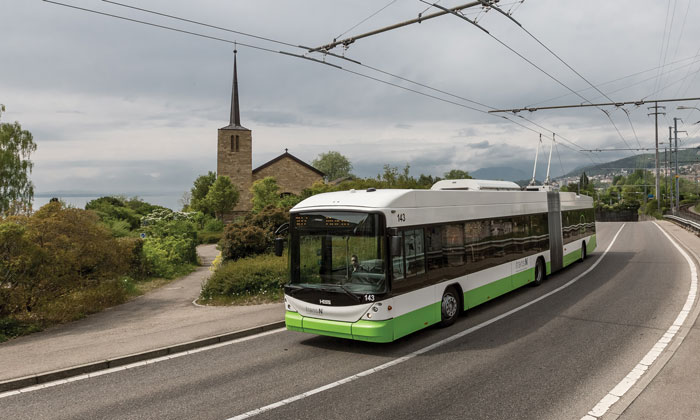 Les Transports Publics Neuchâtelois (transN) is the public transport company of Canton1 de Neuchâtel in Switzerland and is implementing a new Intermodal Transport Control System (ITCS) called ‘SAEIV’ (Système d’Aide à l’Exploitation et à l’Information des Voyageurs). The project was launched in May 2014, first to meet the Swiss legal constraints, then to implement a new ITCS to answer the needs of the transN company. Due to Swiss laws, public transport companies have to provide specific information to their customers, owing to the fact that public transportation modes are not accessible to travellers at all places and times. If individuals want to use a bus or a train they need to be at the right place at the right time. Prior to starting any journey, they need information about it; during the trip they need to be informed about relevant information and any malfunctions on the network; in fact, traveller information is required before, during and potentially after the trip. When someone boards a public transportation vehicle they become the public transport company’s responsibility and they want to be informed during their entire trip. This is an assurance for the traveller who needs to know that they’re in the best vehicle for their desired destination. Reliability, punctuality and security are fundamentals for Swiss public transportation. Information is even more important in the case of potential traveller perturbation, which could be caused by delays, no planned stops or any other events which cause insecurity. In such cases, fast and correct information has to be provided, to allow the customer to re-organise themselves during the trip.

The geography of Canton de Neuchâtel

Canton de Neuchâtel is located in the western part of Switzerland, in the Jura mountainous region. A lake lies south of the canton. History and geography have shaped the area, which is commonly divided into three geographical regions, the first of which is located along the lake. Two large valleys form the second part of the canton, and the mountainous area is the third. At the end of 2015 the population of the canton was approximately 178,000, living on 802.93km2 . The capital of the canton is Neuchâtel and the city and its agglomeration have approximately 55,000 inhabitants. Another main city of the region is La Chaux-de-Fonds with approximately 40,000 inhabitants. The two valleys have fewer inhabitants but are larger areas.

The history of transN

In 2012 the merger between the two historical public transport companies created the Transport Publics Neuchâtelois S.A – transN is the trade name.

The two former companies – TN (Transports publics du Littoral Neuchâtelois) and TRN (Transport Régionaux Neuchâtelois) – had their own ITCS and, owing to this, transN have to run both ITCS’ in order to ensure delivery.

The first ITCS was implemented in 2001 and runs an analogical radio that covers the lake area. This system provides radio voice and radio data to a regulation centre in order to communicate with the vehicles and follow them on a virtual map in real-time. Information about the next stop is displayed within the vehicle itself.

The second ITCS is approximately 10 years old and runs a digital radio that covers the valleys and the mountainous area. This system provides radio voice and radio data in order to communicate with the vehicles, to display information in the vehicle and at the stops.

As aforementioned, transN have to provide specific information to their customers and both of these ITCS’ are used for this purpose. The first one provides visual passenger information in the vehicles to indicate the next stop and give the next bus departure at some stops thanks to an analogical radio. This radio system works well with the data, but encounters problems with the voice side. On the second system only the voice network works, but does not cover all the areas it needs to. Moreover, the system cannot effectively manage the data due to many technical reasons. This results in an inability to provide real-time information to the customers.

As two different systems were running, (that were not able to reach the requested information level) a new solution has been implemented.

Results of analyses indicate there are many problems to solve in order to reach a good level of transmission quality. A lot could be eliminated with hardware and software updates or with a better use of the transmission channel.

The biggest problem was, in fact, how to unify the voice and data transmission channel. As the two old public transport companies have merged, the entire vehicle fleet has to run everywhere within Canton de Neuchâtel. Given the existence of two different systems, there were many possible solutions available in order to achieve this.

Some very expensive and inefficient options were explored, and extending one of the radio networks was a possible solution. As soon as the possibility of an extension was explored the scope of the costs were realised. As both radio networks are old – even very old – the need for a real hardware update or complete change was mandatory.

Once this point was reached, the obvious question to ask was: do we have to create and own a brand new radio network, or is it better to use one that already exists and pay to use it?

For many years wireless telephone technology has become ubiquitous. Nowadays it is utilised more and more in technical devices and is very reliable. Moreover, this technology is used by most people across the world, so is well-known by everyone.

The radio transmission paradigm shift has existed for some years now and its use has been democratised for mobile applications. This drive led to a brand new way of thinking and to question whether it is better to own a radio network, or to rent one?

As previously mentioned, Neuchâtel Public Transports Company has two different radio networks – one analogical and the other digital. This fact leads us to choose only one, for technical and economic reasons. Moreover, the goal is that all vehicles can be engaged within the entire Canton de Neuchâtel area. I don’t want to have to consider the possibility of extending the scope of the radio network in the event of covering the region outside our canton. Can this be easily achieved without losing too much money?

In order to be linked to another radio network, they must first exist, then our embedded hardware has to be compatible.

In order to extend our radio network, questions must be considered such as: How long would it take to implement? How much would it cost? How long will the extension last?

Both old systems were running a radio network. Both systems are not able to efficiently cover the area they need to. Data transmission is not reliable.

Analysing the results indicates that many problems need to be solved in order to reach a suitable level of transmission quality. A lot could be eliminated with a hardware and software update, or with better use of the transmission channel.

Once all technical solutions have been analysed, cost and risks included, we opted to use wireless telephone technology. The reasons include, firstly, the more attractive cost of a standard solution. Secondly, the new solution implementation time was also a significant factor, which can be drastically reduced if we choose a standard solution.

Furthermore, as we had inherited two different old systems, we also had contrasting procedures to ensure the service; such as different words and expressions to deal with the same subject. We therefore had to choose between two paradigms. We considered the following: Is it the company procedure that influences the solution, or is it the solution that drives the procedures and forces the change in the company? As there were several different expressions, words and procedures to achieve the same tasks and, as in parallel, a basic specification was required to merge the needs of all the company’s departments; the company decided to implement a standard ITCS system and not a custom one.

Once these different points were agreed by the steering committee, the final project specification began to be written. It was the first step required in order to launch the European public tender.

This project affects many transN company’s vehicles, including 130 road vehicles and 21 railway vehicles. The first project milestones were:

The project execution’s timeline is: 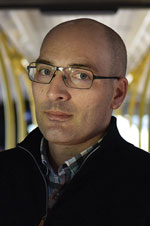 Léonard Sandoz is a Graduate in Business Computing with an option in software engineering. Léonard has been Head of Engineering and Technical Project Manager for transN since May 2014, supporting the transN Technical Department which manages the transport company’s entire vehicle fleet. Prior to his current position, Léonard served for four years within a semi-conductor company as Development Engineer. He was also a Lecturer Assistant in a business computing high school and within the Swiss army.