This article gives a brief overview of two EU-funded projects – P-REACT and EUSTO – that aimed in varying ways to tackle antisocial behaviour and ‘volume’ crimes, with a view to protecting Europe’s public transport systems. Mauro Borioni, Project Manager, SRM – Bologna’s Mobility and Public Transport Authority – explains the outcomes of the initiatives and shares Bologna’s involvement from his perspective, citing areas for future improvement. 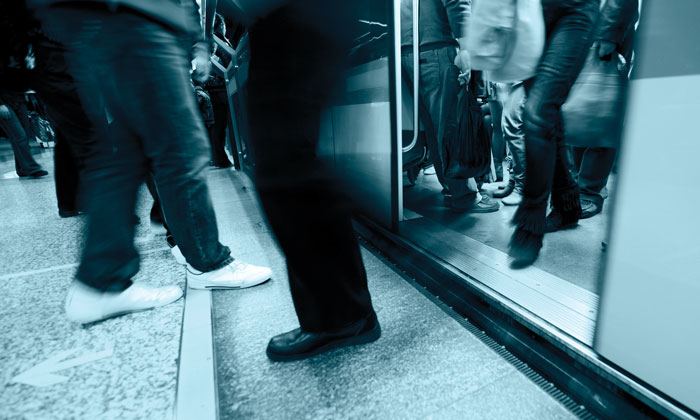 Transport systems are an essential element of modern societies – particularly cities – providing a vital function with strategic significance. Millions of people move every day using their own vehicles or public transport, commuting for the purpose of work or study; to shop or utilise city services; or just for recreation and leisure. As for urban areas, the systems of surface transport play a major role in the lives of the communities that live there: motorways, buses, trams, railways and subways networks, linked and interconnected, may be viewed as the blood vessels that carry energy and feed the organisms of the cities.

Transportation systems and infrastructure are increasingly seen as attractive targets for antisocial and criminal actions – largely due to their innate openness; their ease of accessibility; the large number of people they serve, combined with their increasing complexity and interdependencies. This seems to be the case at all levels: from antisocial behaviour (such as irritation and harassment at bus stops) to criminal acts and terrorist attacks against critical infrastructures for transportation (such as the tragic events that occurred recently in Europe). Given this range of threat, one of the greatest challenges in today’s society is the protection of transportation systems. And the city of Bologna is no exception: the problem of crime prevention and protection of infrastructure for the transportation of people is a key issue. For this reason SRM (the Agency for mobility and public transport in Bologna) has recently been engaged at European level in order to seek solutions and effective procedures, and apply them to the reality of the city to face the proliferation of criminal acts within the transport systems.

With regard to petty crimes, the commitment of SRM originates from the awareness of the impact they may have on public transport and how public transport is perceived by citizens. The term ‘petty crimes’ can be quite misleading; they usually refer to vandalism, graffiti, shopliftings, robberies, assaults, or thefts which, when compared to terrorist attacks, could be considered to have a low impact. However, this assumption is entirely wrong. Indeed, their impact at the social (and even economic) level increases significantly when they are frequent and amalgamated. Petty crimes may even undermine the social fabric of the community as it is associated with a high rate of fear and general alienation from participation in community life: in this sense, the term ‘volume’ crime would be more appropriate.

The ‘P-REACT’ project1 , in which SRM was involved as Italian partner, offered the possibility to test a solution to increase the security (and the perception) of public transport. The project started in April 2014 and concluded in May 2016 and was funded by the European Union under the Seventh Framework Programme. The project was coordinated by Vicomtech (ES) and, besides SRM Bologna, the partner consortium included Aditess (CY), Certh (EL), Future Intelligence (UK), Kemea (EL) and Kinesense (IE).

To summarise, the P-REACT project developed and tested a novel intelligent surveillance system that integrates video and audio analytics both on-site (using an embedded platform connected to local sensors) and remotely on a cloud service. This intelligent surveillance system has been conceived and designed to anticipate volume crimes in areas where video-surveillance is allowed by current legislation and, more specifically, in shops and public transportation systems, to automatically detect antisocial behaviour, alert security, and store files and data for possible further employment. The capability of dynamically adapting the analytic algorithms that are performed on-site provides more accurate detection of crime.

The goals of the developers were not to replicate an ordinary video surveillance system, but to create an innovative one with the following unique characteristics:

The system was tested in restricted areas in Athens to begin with, and then utilised in Bologna in early-2016. Low-cost intelligent sensors (image and audio) were installed in the premises of a bus stop, and these sensors were connected to a cloud-based Video Content Management System in order to process data received by the sensors. Incidents and aggressions were simulated by trained actors, and detected by the sensors that initiated a work flow including alerting relevant security personnel, or Police, with video and intelligence information, increasing their ability to respond quickly and appropriately. Video and audio data were made available to be stored and kept as evidence for possible future conviction purposes, in compliance with the privacy and ethics regulations at European and Member State level.

The test was essentially split into the following phases:

The test was successfully conducted, proving the availability and reliability of the system. As of today, an advanced prototype has been achieved, ready to go to market before the end of 2016.

SRM was also involved as Italian partner in the project ‘EUSTO’2 (European Surface Transport Operators Forum), funded by the European Union under the ‘Prevention, Preparedness and Consequence Management of Terrorism and other Security related risks Programme (CIPS 2013)’ of DG Home Affairs. The project started in July 2014 and concluded in June 2016, having been led by Kemea (EL) and with Aditess (CY), European University Cyprus (CY), and Fraunhofer IVI (DE) comprising the project consortium. The purpose of EUSTO was to achieve the coordination of national and EU-wide programmes and policies in pursuit of the objectives of the Directive 114/2208, related to the protection of critical infrastructures for surface transport. Indeed, due to the interdependencies, connections, and tight inter-linkages between the different surface transport infrastructures, their effective protection needs the promotion of a stronger cooperation between all the actors involved. These include infrastructure owners, transport service operators, public authorities responsible for the security of strategic infrastructures, researchers, etc. To this end, EUSTO was focused on creating a network between these bodies, providing an ideal platform for discussion and exchange of information and ideas. This would enable mutual knowledge of the Member States’ security capabilities specific to terrorist crises to be elevated, in order to enhance preparedness and response capabilities in the case of a terrorist attack requiring mutual assistance at EU level.

More specifically, the activity within the EUSTO project was founded on four European-wide conferences (two annually) with the active participation of several Surface Transport CI Operators and Owners, as well as National Security representatives. The aims of the conferences are as follows:

The main outcome of EUSTO has been the achievement of the following elements:

The experience gained by SRM in the EUSTO project highlighted that there is still much to be achieved in order to fully implement the EU Directive. Furthermore, this is especially true in Italy where national legislation is yet to be completed; a complete strategy needs to be developed; critical infrastructures require identification in the national territory; and appropriate initiatives for the protection of critical infrastructures need appropriate support. 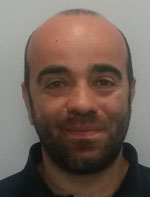 Mauro Borioni is a Chartered Engineer with experience in transportation, planning for urban mobility and in project management sectors. In 2006 he joined the Mobility Department of the Municipality of Bologna, Italy, where he was involved in EU/National/Regionally-funded project management and drafting and contributing to urban mobility planning (such as the Urban Mobility Master Plan of the city). Mauro joined SRM – Bologna’s Public Transport Authority – in 2013 and has since been strengthening his engagement in EU-funded urban transportation project management.