GMV discusses why the demand-response transport management model is ideal for rural and low-population areas. 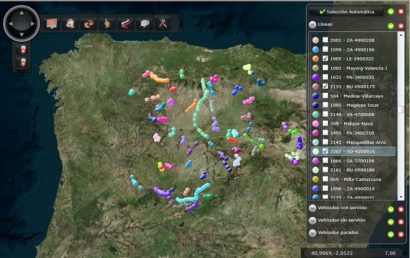 In 2004 the Regional Ministry of Public Works and the Environment (Consejería de Fomento y Medio Ambiente) of Castilla y León came to the conclusion that a traditional public transport service, with fixed schedules and set routes, was not much good for rural areas with a scattered population and low demand. It would be very unlikely to be a profitable concern.

A new, cost-effective type of transport was needed for such areas, offering wider territorial coverage and “tailor-made” services to ensure that people living in these areas could move about with the same freedom as populations in large towns and cities. This is where a flexible, demand-response system comes into its own, based on a management platform developed by GMV.

GMV’s wealth of experience in transport management systems enabled it to successfully tackle the design of this new system, jointly with the experts of the Regional Council (Junta) of Castilla y León, to meet the transport needs and particular problems of this vast region.

GMV’s solution comprises a Transport Management Centre where all transport requests are received by phone or website, in planned mode or real time, the service then automatically being planned to suit. Transport operators are informed of the requests, after which the transport arrangement is then monitored online. The system also includes a real-time technological platform, including on-board equipment with GPS receivers and GPRS modems on the vehicles so that a permanent track can be kept on their whereabouts. 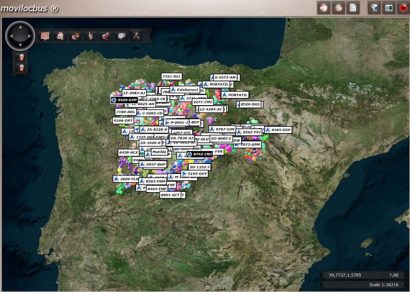 A crucial part of the project is direct communication between the end users of the demand-response system and the service provider through a booking centre housed in GMV’s Valladolid site. Would-be passengers only have to call in by phone and the buses then plan their routes to pick them up on the way.

Castilla y León’s demand-response system was first put through its paces in a pilot scheme in Barco de Ávila before being gradually extended further afield. By 2009 the system covered 90% of the territory with a total of 71 routes and 335 weekly dispatches catering for nearly 100 localities and 100,000 passengers.

A new feature phased in in 2013 was joint management of scheduled passenger services with special school-bus services. This new service covers 269 routes and benefits about 100 different localities.

Castilla y León’s ground-breaking public-transport management system has proved more than capable of meeting the real and complex transport needs of a huge, scattered region while making the best possible use of resources; by now it has become a benchmark system of its type, both at home and abroad. By early 2016 the system had built up to 810 routes catering for over one million inhabitants of 3,558 towns and villages throughout the region of Castilla y León. Since being set up it has clocked up a ridership of 3 million and given a service to over 105 zones of the region. On the strength of all this success the Consejería de Fomento y Medio Ambiente de Castilla y León has decided this year to prolong GMV’s contract up to March 2018, with continuous upgrades being phased in along the way.

Today this mode of passenger transport caters for 3558 scattered built-up areas of various sizes in Castilla y León. Not only that: it also cuts down CO2 emissions by 10,000 tons a year, since the number of kilometres clocked up is much lower than with traditional scheduled routes.

GMV has also set up a system similar to Castilla y León’s in Portugal and in Molina de Aragón (Guadalajara); another modality of the system is also now being phased into a more complete ITS currently being developed by GMV for the Polish city of Szczecin. All these developments bear out the effectiveness and economic feasibility of these new forms of public transport operation in low-demand areas, both rural and metropolitan.

The success story of Castilla y León’s demand-response system has aroused the interest of other Spanish regions and also other countries with large rural towns and villages with a scattered population like Hungary, Portugal and Chile.

One response to “The demand-response transport management model: the ideal solution for rural & low-population metropolitan areas”