Reykjavik City aims to become carbon neutral by 2040. Here, Hrönn Hrafnsdóttir of the Department of Environment and Planning explains how strengthening the city’s public transport system will help the city achieve its goal… 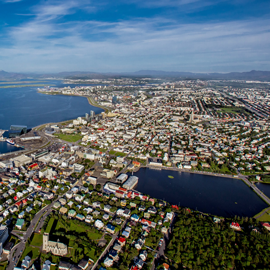 Reykjavik City aims to become carbon neutral by 2040. Here, Hrönn Hrafnsdóttir of the Department of Environment and Planning explains how strengthening Reykjavík’s public transport system will help the city achieve its goal… 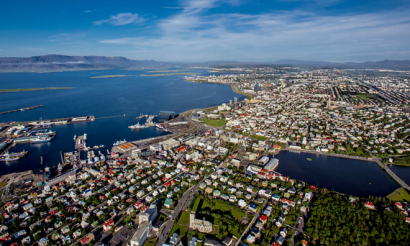 In Reykjavík all electricity is produced with hydroelectric power and houses are geothermally heated and therefore no greenhouse gases are emitted through housing.

Transport is the main source for greenhouse gas emissions in Reykjavík or nearly 60%. There has been emphasis on reducing GHG emissions from traffic for some time in Reykjavík City.  The city is rather sprawled so the private car has been the most used travel mode or 75% of all travel modes. The Master Plan for Reykjavik, 2010-2030 sets the goal to change travel modes so that travel by private cars will be reduced to 58% by 2030. The goal is to encourage other ways of transport and the aim is that public transport usage will rise from 4% to 12% and the ratio of pedestrians and cyclists will rise from 19% to over 30% in 2030.

Reykjavík was the first municipality in Iceland to make a policy on reduction on greenhouse gas emissions in 2009. In 2016 the City Council decided to go further and make even more ambitious goals: Reykjavík will be carbon neutral by 2040.

The action plan will be reviewed in 2020 and every five years after that in accordance with the Paris Agreement of 2015. The results will be evaluated every two years through a comparison of the situation as it stood in 2015.

With the new plan, more emphasis is put on transport and the aim is that emissions from automotive traffic and public transport will be free of greenhouse gases by 2040.The City of Reykjavík aims to strengthen public transport through the use of light railways or a bus rapid transit system – a so-called Public Transportation Corridor – in conjunction with the other municipalities within the capital region and the Department for Transport. There is work going on right now to make all the municipalities in the greater Reykjavík area work together on this project.

Energy exchange towards increased ratio of electricity powered modes of transport is also on the way. This will be achieved by, among other things:

But there are also other means of reducing greenhouse gases of transportation. For example to reduce transport needs. The action plan includes ways of reducing transport needs such as putting emphasis on on-line services for individuals, families and businesses. Priority will also be set on either bringing leisure activities or on-line services as close to users’ domiciles as possible, or by making sure they are easily accessible within each city district. The Master Plan for 2010-2030 sets goals for 90% of all new residential units to be inside the current urban area borders to increase the close-proximity of public services and to reduce travel needs.

One part of the action plan is to find ways to reduce the number of petrol stations within the city. The goal is that fossil fuel pumps will be reduced by 50% within city limits by 2030 and will be all but extinct by 2040.

Included in the plan are actions towards carbon capture through forestry and reclaimed wetlands within the city limits. Also to increase wind shielding and work towards a future vision for organising and utilising the area. There, schools, government institutes and city businesses will be designated areas to reforest in order to offset the carbon emission of their operations.

The plan can be found in more detail here