Posted: 3 May 2016 | Pascal Smet, Minister of Mobility and Public Works, Brussels | No comments yet

Brussels needs a new balance. We need to move from being a city for cars to a city for people. There’s no denying that Brussels has too many cars. Urban planning dating back to the 1950s and 1960s placed cars centrally in the city’s design. Over the last couple of decades, our Belgian tax policy has aggravated the situation: living outside cities is more profitable as taxes are lower and company cars are an indirect way to give people extra income, often with a fuel card which means travelling by car is almost free. The result for Brussels: of 400,000 commuters coming in and out of our city every day, 230,000 do so by car, often individually… 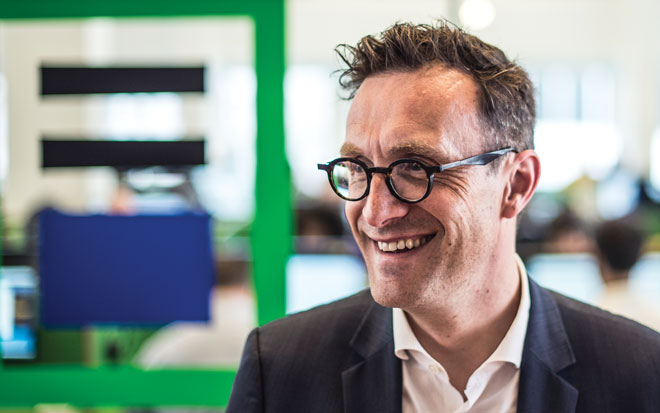 The solutions are therefore clear: firstly, the federal tax policy needs to promote living where one is working and steer towards more sustainable modes of transport. Secondly, we need to invest in alternatives. The federal suburban rail infrastructure (S-Bahn) needs to become operational in 2017. Most of it is already in place but lies unused as there are insufficient trains. We also need to extend the metro lines and connect them to park and ride sites on the city’s borders. This requires cooperation between the different sections of government in Belgium.

The Brussels government has approved an ambitious agenda and will invest more than €5 billion over the coming 10 years in extra subways, more tramlines and eco-friendly buses that will provide a better service. Public transport ticket prices will not increase and children’s season tickets have become cheaper as an incentive for them to use public transport. We will create 8,500 places at park and ride sites by 2020 and will provide approximately 80km of new cycling lanes, including areas around the inner city ring where parking will have to give way to new green spaces and lanes for cyclists and pedestrians.

Furthermore, the old tunnel infrastructure will soon be renovated and the government has adapted the legal framework to allow car-sharing companies to develop their services in Brussels. It is estimated that 95% of the time private cars stand unused alongside the road in Brussels. By using existing cars more efficiently, we create space. These are not just vague promises, but real projects that will materialise in the years to come.

The idea is not to ban cars from the city, but to find a new balance. It all boils down to solidarity: those who have alternatives should be stimulated to use them, so that those who have no other option but to use their car can do so more comfortably.

And we go further than that by investing in qualitative public space. The pedestrian zone in the city centre will be redesigned to give space to art, trees, benches and places where people can meet. The same goes for the area around the Schuman Roundabout which is lined by the buildings of the EU institutions – the zone will be rethought in order to transform it into a real square with the standing it deserves. The inner ring road and the lanes between Porte de Namur and Louise will also be redesigned to bring more space and green areas to Brussels and make it more enjoyable for its visitors and inhabitants.

Allow me to be optimistic – as a politician in this city it is my moral duty. I am noticing change: something new is happening to this city. There is a new generation of ‘Bruxellois’ with a heart for the city who want to make it a better place, more enjoyable for its residents and visitors. We have started to move in the right direction by diversifying transport options and I truly believe that we will continue to make things better. We are moving toward being a city where things can change.