In the 1990s the transport industry was the first sector to investigate and then implement contactless technology. At that time different transport companies found themselves in different situations. Some companies were looking to renew their ticketing systems, while others wanted to set up new systems from scratch. However, both groups had the same goal: to invest in a solution that could evolve, providing a maximum return of investment and durability for this investment. Contactless technology was an obvious solution. Different ways in which to deal with the transmission, such as infrared and high and low frequencies, had been tested. However, these were ’prehistoric’ times. So a European Commission (EC) project was created to deal with transmission issues, as well as with other aspects such as interoperability and the definition of the mandatory level of security for such applications. Transport companies from Belgium, France, Germany, Italy, and Portugal were part of the project which was first called first Icare and then Calypso.

As mentioned, all these companies had different requirements and needs, and all modes of public transport were represented (subways, suburban rail, bus, tram and boat). Fares and fare principles, the number of passengers and customer segmentations for all the transport organisations differed. Because of this a range of solutions and products, based on Calypso technology, have been developed. The first result of this work was the Type B ISO 14443 standard – which is still used today.

How can we define Calypso technology?

To surmise, it is a way to perform a secure contactless transaction between a portable object and a terminal. And this is where its power lies. One of the main results of the EC project was to define that in order to meet the high level of security needed the technology must:

A high level of decentralised security, based on evaluated components was required.

These principles are described in different specification documents managed by Calypso Networks Association through its Technology Work Group. The specifications define mandatory rules to ensure security. Other documents, based on the experiences of the members, are also issued as guidelines. Suppliers, integrators and service providers can join this not for profit association to contribute to the work.

To be as open as possible Calypso is based on existing standards, as Figure 1 shows.

It is important to stress that Calypso does not define a system. In this way its scope is different from a national approach such as VdV or ITSO for example. As previously stated, it is a way to perform a secure contactless transaction and technology compliant with Calypso specifications can be used to work in any existing schemes, or in a more global specification (like ITSO) as soon as the minimum mandatory requirements are met.

As a result, Calypso compliant technology has been used for a range of applications in over 80 big cities, with more than 80 different back office architectures (information systems). It is of great interest that in different locations, for example Lisbon or Paris, different architectures have been implemented between all the transports companies involved, but the technical interoperability between portable objects is being ensured by Calypso technology. If we want to go on a wider interoperability, we need to agree on commercial aspects to interface each information system. Actually, Calypso provides specifications defining tools to build a technical contactless system with a total freedom to define rules in order to design a full system.

How can we obtain Calypso products?

As an industry, there are two ways:

As an end user (a service provider), you just have to specify that you want Calypso products for your system.

More than 40 suppliers are now licensees and cover all the range of products needed to build a ticketing system including chip suppliers, card vendors, mask developers, terminal manufacturers and security application modules (SAM).

Just to give a few more figures, more than 30 millions cards are used on over 130,000 terminals. This ensures the durability of investment for end users by offering several different suppliers for the same product. In fact, the association manages the specifications in a joint way with all its members and, the industrial world supplies products.

With several existing schemes, based on the same portable object (now cards), you can deal with several applications such as transport, staff member applications and parking. Figure 2 illustrates multi-applications of the Brussels scheme which is planned to be in operation before the end of this year.

What is next for Calypso technology?

In fact, lots of things. New technologies and more mature needs are emerging. And the good news is that they are converging and totally compatible with the latest version of the Calypso specifications.

Let’s first look at the ‘needs’. A customer may want to add a new application on his portable object. Ideally this would be done in the simplest possible way, just like he would add a new song on his MP3 player, for example. However, there are three difficulties:

Let’s have a look now, at the latest technology developments:

You have probably noticed that there is a certain convergence between user’s needs and what the technology offers. Furthermore, service providers are very interested in these new possibilities. Actually, it allows for easier dissemination of new applications, reducing the cost of issuing the support and allowing the customer to get contracts without any dedicated machine or staff members.

Calypso Networks Association and its members

At Cartes 2006, the world’s biggest card event – located in France, we (Calypso Networks Association) demonstrated several operations and products on our booth:

All these operations have been performed using the highest level of security that the standards and Calypso requires.

The main goal of the Calypso Networks Association is to provide the means to ensure the technical interoperability of these tools and their durability. With this aim in mind we have issued a new version of our specifications and we will be working this year on the following areas:

All interested members will work on these areas in order to increase the capability of our tool specifications and the service we can offer to companies which want to be involved in Calypso. A big effort will be done to set up the certification process which is needed by industry and also by the tender companies. 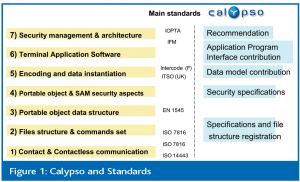 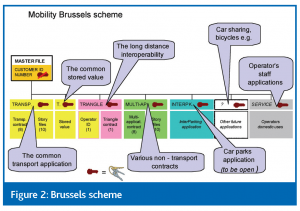 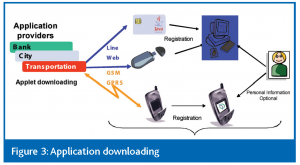 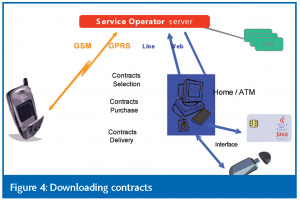