Automated Metro Trains – Can they work in London?

In his latest blog for Intelligent Transport, Graham Ellis examines the viability of introducing automated metro trains in London and discovers how the option is being realised in other European cities… 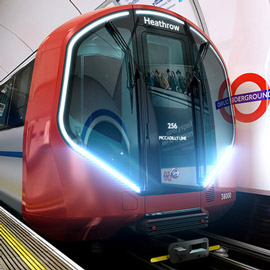 Transport for London recently announced that they had selected five train manufacturers – Alstom, Bombardier, CAF, Hitachi and Siemens- to proceed to the next stage of tendering for the new underground trains they want to purchase. Around two thirds of the tube lines, the Bakerloo, Central, Piccadilly and Waterloo & City lines are to get new trains, all to a new single train design.

It is claimed that the new trains will offer increased capacity and air-cooling along with improved accessibility and new safety features such as walk-through carriages and wider doors. The total order will be for 250 complete trains and allied to this will be allied to what they call “modern signalling” but they do not define what this is to be.

The design is supposed to be future proofed and will include the capability of fully automatic operation, as the design will have a projected life span of 50 years. What it does not say is when the trains will run automatically without drivers despite the continued problem with the unions striking over modernisation of the whole system.

Currently London has several semi-automatic underground operations on the Victoria and Jubilee lines as well as the fully automatic Dockland Light Rail system that has been driverless since its inception.

To see if metro trains can operate automatically without drivers I have looked at what is being done in Europe. Currently Nuremberg, Copenhagen and Paris all have driverless train systems and it has recently been announced that Sydney is also developing a driverless train system. There have been union concerns about not having driver’s on-board and possible problems but, these can be overcome in several ways.

London already has stations where the train and platform are separated by automatic doors and glass barriers and in Nuremberg the train drivers have been converted to customer service staff and they are based on the platform to assist both passengers and train despatch. Whilst researching the background to automated systems I came across the Observatory of Automated Metros, which is a part of UITP, an International body representing approximately 1,400 member companies in the fields of urban, local, regional and national mobility from more than 96 countries on all continents. Their research indicates that fully automatic trains not only increase the average speed of the trains but reduces headways by up to 75 seconds and reduces station dwell times to 15 seconds.

To see if this is reflected in actual operations I have looked at the Paris metro system as they have a long history of automating metro lines. In 1998 Siemens equipped the 9 Km Metro Line 14 to driverless operation and in 2014 it was awarded a contract to extend this to 15 Km with four new stations. They found that the system capacity increased by up to 50 per cent allied to a 15 per cent energy saving. 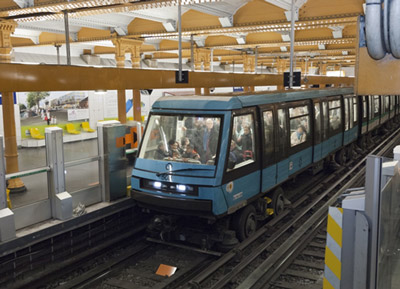 In 2011 Siemens equipped the 17 Km long Line 1 to driverless operation, this line carries 725,000 passengers per day. By the time full automatic operation commenced the daily train requirement had reduced from 52 to 49, providing a significant saving in rolling stock maintenance and replacement costs. 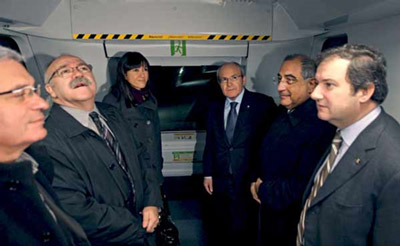 In January 2016 the Metro operator RATP announced that the 12 Km long Metro line 4 was also going to be converted to driverless operations, they estimate that capacity will increase by up to 20%, allowing more than the current 700,000 passengers per day to be carried. There are 27 stations on this line.

However not only has the metro system been installing automated train operation, the Paris RER (regional express network) which combines a modern suburb-city centre underground rail system and commuter rail lines, is also joining in. They have commissioned Alsthom transport to automate their Line A, which carries around 1.2million passengers per day, however they are retaining the drivers at least until full commissioning in 2018. 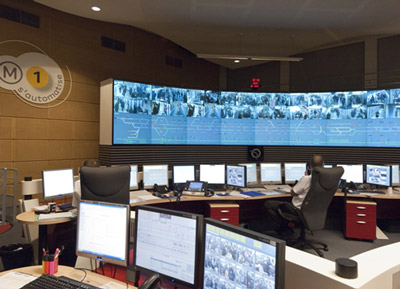 Looking further afield to Germany the Nuremberg Metro line U3 was built and commissioned as a driverless service in 2008 and in 2010 the U2 was added to this driverless system.

In Copenhagen the two metro lines M1 and M2 are fully driverless and were designed to be so, both lines have been in operation since 2002. In Marseille both metro lines converted to driverless in September 2015 and the new Budapest 7.4Km M4 line was authorised to operate driverless as of January this year.

Overall there is a wide spread use of driverless metro trains throughout Europe with over 18 years of operational experience without any significant problems or accidents etc. It would seem that now is the time for Transport for London to grasp the nettle and commit to driverless tube trains to answer both the capacity and operational problems they are currently experiencing. Maybe the new Mayor of London will bite the bullet and announce that the London tube network is finally moving into the 21st Century.

To give TfL an idea of what can be done, I have received information confirming that TMB (Transport Metropolitan de Barcelona) have formally opened metro line 9 after an 8-year delay. This line is 20Km long with 15 new metro stations and according to the information available is the longest driverless metro line in Europe. The original plan was to open the line in 2008 but the financial crisis hit and construction was slowed down, an initial 11Km were opened in 2011 and now another 20.7Km are open, however a further 18Km stretch is still under construction.

Previously the only way to access the airport was via two competing airbus operations or a regional rail shuttle from Sants station to the west of the city centre. Whilst both systems were regular and relatively inexpensive it meant having to travel into the city centre to board, now though you can access the airport from anywhere in the city via the metro system. Unlike other metro systems around the world there are NO on board staff. To increase safety the new stations are equipped with glass doors that separate the platform from the train and the doors only open once the train has come to a halt.

The design of the line is such that it can accommodate up to 330,000 passengers daily and offers a total capacity of 165 million passengers per annum. Once the final 18Km is completed the line will cover a distance of approx. 50Km of which only 4Km are above ground.

3 responses to “Automated Metro Trains – Can they work in London?”