I am very pleased to have the opportunity to present where we stand with public urban transport in the Czech Republic. In transportation, the debate is always focused on the future and new trends, and there are of course good reasons for looking ahead. However, let me begin with a short glance into the history. 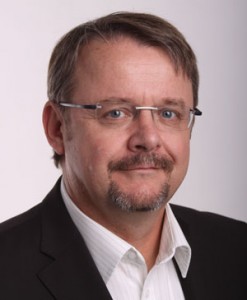 Public transport has a very long tradition in the historical Czech lands consisting of Bohemia, Moravia, and Silesia. Before the Second World War, all modern modes of public transport –trams, buses, trolleybuses and even cableways – were part of the infrastructure of the Czech towns. Due to the fact that motorisation of the Czech society was comparably rather small to that of Western Europe, the importance of public urban transport was huge in the era of communism in former Czechoslovakia.

The fact, however, is that it has retained its positon despite the boom of personal vehicles. We have built a centre of integrated transport systems (IDS) in almost each county city and optimised tariff and transport links between bus and railway transport, and indeed links between railway and public urban transport so that the system could run effectively. We have modernised rolling stock and fleets for road transport; and this is where the European Union has substantially contributed to the development of public transport in the Czech Republic. With the help of European funds, bus, trolleybus and tram fleets have been renewed and low-floor vehicles are nowadays a daily picture in the Czech towns. The number of CNG buses has also increased, as well as the amount of hybrid vehicles and other environmentally-friendly technologies.

Without the European operational programmes, we would have to postpone the necessary investments for years, or even cancel them completely, which would have obvious impacts on the Czech economy. Some key transport connections still need to be created – or substantially modernised – and the European funds help us to speed up the modernisation of Czech transport. New metro stations in Prague have opened in recent years and also some new railway stations, public transport terminals and Park & Ride areas have become an integral part of urban development in the biggest Czech towns.

During the recent preparation of the programming period 2014-2020, we have managed to include city authorities running the public rail transport among the potential recipients of the Operational Programme. This has not been the case before, and we hope that it will further boost the development of modern city transport.

European cities also now have the opportunity to implement a Sustainable Urban Mobility Plan which gives them new inspiration and new ideas on how to systematically improve the system of public transport. Czech public transport has so far secured relatively low fare prices, which adds to its attractiveness.

I see obvious shortcomings and further challenges in the areas of integrated ticketing, further development of telematics, interconnections between bicycles and public urban transport, and developing bigger involvement of railway within city transport. Especially, in ticketing, we still fail to take the full advantage of modern technologies and different communications means, and we do not offer the passengers the necessary flexibility and comfort. We still have a long way to go, but I think that we are moving in the right direction.