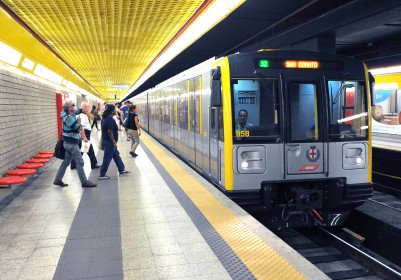 Reducing energy consumption is key for urban rail operators and manufacturers. That is why 17 partners – including major European urban rail stakeholders – are working together in the framework of the OSIRIS1 (Optimal Strategy to Innovate and Reduce energy consumption In urban Rail Systems) project. This three year European project, which started in January 2012, is co-funded by the Seventh Framework Programme of the European Community for research, technological development and demonstration activities. For Intelligent Transport, Project partners Caroline Hoogendoorn and Bruno Guillaumin, explain that the aim of OSIRIS is to develop an innovative methodology for simulating, evaluating and optimising energy consumption in urban rail systems, with the general objective of reducing the overall energy consumption of Europe’s urban rail systems by 10% (compared to current levels) by 2020.

The project’s innovation lies in the fact that, in addition to considering energy savings at transport level, it also looks into thermal energy (which is important for underground operations). The project is coordinated by UNIFE (the Association of the European Rail Industry). As project partner, the UITP (the International Association of Public Transport) is in particular in charge of managing a ‘User Group’ which is open to UITP member’s and non-partners of the project who would like to have access to and discuss the ongoing project results. The project will be ending in March 2015 and a Final Conference2 will take place in Brussels in the same month in order to broadcast the results of the project.

So, four months before the project’s close (at the time of providing this article), what are the main results so far?

Comparing the energy consumption of urban rail systems is vital for decision and optimisation of the procurement process. That is why one of the project’s key areas of work was to attempt to define a series of standardised duty cycles. The consortium opted for a ‘modular approach’, which was inspired by the UITP bus initiative ‘SORT’ (Standardised On-Road Tests Cycles). In order to define any given line (at various times of the day), a comprehensive set of ‘building blocks’ (modules) were identified. The project determined that only a limited number of these (per type of service) were needed to reasonably approximate real lines.

For the same purpose, it was important to define clear and measurable energy-related KPIs. This would not only allow to indicate the energy consumption of overall operations, but also to analyse key factors contributing to energy consumption (traction, on-board and in stations mandatory utilities (light, tunnel and station ventilation)). For example, stations and tunnels contain a number of energy consuming equipment which can often reach close to 40% of total system energy usage. That’s why the OSIRIS partners worked on KPIs related to rolling stock, as well as for stations and tunnels. The thermal behaviour of the overall system was also examined. At the time of providing this article, OSIRIS has in total 12 listed KPIs for an urban rail operation.

To calculate both Duty Cycles and KPIs, a large amount of data was needed. Project partners contributed to this but so did some organisations who are not partners of the project. These organisations are part of the so-called OSIRIS ‘Support and User Group’ (SUG) which meet up every six months to have access, contribute to and validate the results of the project. This SUG is managed by the UITP.

In addition to the above-mentioned KPIs, economic indicators and ways to appreciate return on investment – both for operators and industrial actors – have been developed. This is of particular importance in order to support the decision whether or not to invest in energy saving technologies and operational changes. At the end, whatever the other benefits may be, energy saving actions and means are evaluated on the basis of costs compared to results obtained. This is true for operators as well as for manufacturers, who will only invest in new technologies if a return on their investment is possible.

OSIRIS did not limit its ambitions to pure theoretical approaches when assessing and comparing the overall energy saving potential, when applying new technologies or operational modes. Six operational innovations and three technical innovations have been developed and are currently being tested and analysed using the OSIRIS-developed methodologies.

The first technical innovation relates to high efficiency/low weight auxiliary energy converters. This is developed by Alstom and tested in the Milan Metro. The improved energy efficiency is expected to translate into the following three areas:

The partners foresee that the overall savings will be significantly above what the sole ‘efficiency of converter’ factor brings. There could also be some impact (generally positive – but some negative as well) on other elements of the transport system (e.g. power grid, regenerative braking availability, etc.) appearing in the evaluation.

The second technological innovation is a li-ion on-board energy storage system developed by CAF and installed on a tram operating in the city of Vitoria-Gasteiz (Spain). At the time of submitting this article, the final results were not available, but they are likely to show that:

As this new technology is installed outside, the thermal impact could be small but this needs to be confirmed, as indirect potential effects need to be considered.

The last technical innovation – which is developed by Ansaldo STS and tested in Rome (Italy) – is a heat pump located in a station to cool a technical room’s environment. This puts the focus on another field: the thermal behaviour of fixed installations and the cost of maintaining proper temperatures, both for the proper operation of safety systems (such as signalling or communication electronic equipment in technical rooms) and the comfort of passengers (e.g. while standing in stations awaiting their trains). Again, at the time of submitting this article, the final figures were not available, but the consortium foresees an effect on global energy consumption to maintain adequate conditions in stations and tunnels.

When it comes to measuring rail’s actual energy use and environmental impact, it’s not as clear-cut as it may seem. Urban rail systems are complex and the amount of energy they consume depends on a range of factors. Namely, though a new technology might yield improvements in one area, it might compromise other aspects of system performance. This means that it is often extremely difficult to assess the net benefits of introducing new energy saving technologies.

As a way to better understand interactions between the different energy consumers – both on the electric and thermal aspects, and in order to bridge the gap between small-scale measurements of improvements and global appreciation – a tool has been developed to integrate all or most of all aspects of the system. This tool has the ability to interface with dedicated tools from various urban rail company tools. Although still experimental, it is being used to analyse the project’s results.

After working for the Délégation Interministérielle à l’Aménagement et à la Compétitivité des Territoires (DIACT) and for the Representation to the European Union of the French Chambers of Commerce (CCI France),Caroline Hoogendoorn joined the UITP in 2009 and has mainly been managing rail-related European projects (FP6 and FP7) such as URBAN TRACK, MODSafe, ERRAC ROADMAP, TRA 2012, 2014 and OSIRIS. Since 2012, Caroline has been the Coordinator of the EU project NODES3, which deals with multi-modal urban transport interchanges.

Bruno Guillaumin is Technical Coordinator of the OSIRIS project. He has over 30 years of experience in the rail industry and operations, with direct responsibilities in the fields of complete rolling stock, traction, brake systems, signalling and train control for mass transit and metros projects, plus radio communication systems, with a special focus on practical innovation meeting expectations of multicultural customers and suppliers.