Public transport as the backbone of Vienna’s urban development

In recent years, Vienna has been characterised by a notable trend towards public transport: today, as much as 39% of all trips made by the Viennese are by public transport; as a result, Vienna is one of the international leaders in this respect. Cycling, too, is on a steady rise, as more than 6% of all trips within the city use the bike as a means of transport. The share of pedestrians remains stable at a remarkable 28%. Correspondingly, traffic loads along important arteries in densely built-up zones of the city have decreased. These positive trends are juxtaposed by a number of challenges that, due to the population growth forecast for Vienna, are likely to increase over coming years. The ‘public transport package’ is a response to this challenge and Maria Vassilakou – Deputy Mayor of Vienna, explains more.

In the coming decades, cities all over the world will grow by leaps and bounds. 2010 was the first year in history when more people were living in cities than in rural areas. By 2050, the share of urbanites will have increased to fully 70% of the world’s population. In Vienna, too, the urbanisation trend is prominently visible. Vienna is currently the fastest-growing city in the German-speaking region, and there is every indication that this dynamic process will continue in the coming years. By 2025, current forecasts suggest that Vienna will have more than 1.9 million inhabitants, reaching the two-million mark by 2030. This rapid growth obviously brings a number of challenges, e.g. continued affordability of life in the city and corresponding infrastructure standards. However, it should not be forgotten that urban growth also harbours enormous opportunities, such as variety, openness and economic growth.

Over the past two years, the City of Vienna has given a great deal of attention to its development, the predicted population growth
and related opportunities and challenges. The Urban Development Plan 2025 was compiled in the context of a communicative editing process. The fields of urban development and mobility were covered jointly, and concrete initiatives were outlined. The Urban Development Plan 2025 was adopted by the Vienna City Council in June 2014. In the foreseeable future, Vienna will continue to systematically promote eco-friendly means of transport (walking, cycling and public transport). In modal split terms, the objective is ‘80-20’, i.e. the Viennese should take 80% of all trips within the city with public transport, by bike or on foot, while the mode-share of motorised individual traffic is to drop to 20% by 2025. Public transport is and remains the backbone of Vienna’s mobility.

The already highly efficient public transport system within the city and metropolitan region needs additions and service improvements to cope with rising passenger volumes on the one hand and to ensure high-quality, affordable mobility in Vienna on the other hand. Service improvements of the S-Bahn (suburban commuter train) and Underground networks remain a key pillar of this objective. However, at the same time, it must be ensured that the networks of trams and buses, too, will remain capillary and that the quality of links within the city and between city and environs will be improved. In this context, the public transport network must be viewed as one interconnected system.

On 27 June 2014, together with my fellow Deputy Mayor of Vienna – Ms. Renate Brauner – we presented the ‘public transport package’. In addition to extending the U2 line and constructing the new U5 line, the tram network will be extended by approximately 18km over the next few years. The bus and S-Bahn networks will also be improved.

In the course of drafting the Urban Development Plan 2025, it became evident that an easing of the inner-city network was needed. The intersection of the U2/U5 lines will relax the pressure on heavily trafficked sections of Vienna’s Underground network and equally crowded tram lines – such as the 43 line – as well as all inner-city Underground hubs in a reliable and lasting fashion. The existing U2 Underground line is to be divided into two separate lines at Vienna City Hall. From this point, the new U2 line will extend in the southern direction, while the ‘old’ U2 route from Karlsplatz Square to Vienna City Hall will become the core of the new U5 line, which will continue to the west.

In 2018, U2 extension works will begin from Vienna City Hall via Neubaugasse (U3 line) and Pilgramgasse (U4 line) to the Matzleinsdorfer Platz S-Bahn station; likewise, construction of the first U5 section from Vienna City Hall to Frankhplatz will be undertaken in the same period. The two new sections are scheduled for inauguration in late-2023.

The short first construction stage for the U5 line will be continued with a second phase in the western direction only a few years later. Thus a U5 station near Arne-Carlsson-Park will provide a connection to the Underground network for one of Vienna’s biggest tram hubs with seven tram lines (5, 33, 37, 38, 40, 41 and 42). Vienna’s biggest hospital, Vienna General Hospital, will be reached via another Underground line. The Elterleinplatz station will markedly improve the connectivity of the 17th municipal district Hernals.

The third stage of the U2/U5 intersection project will concern a further extension of the U2 line beyond Matzleinsdorfer Platz. A dynamic urban development zone will be reached via the Gussriegelstrasse station on Wienerberg Hill.

By linking high-level radial lines, the creation of new, tangential tram and bus lines in consultation with the urban development departments is a second focus of public transport upgrading in Vienna. The need to act is manifest above all to the south and northeast of Vienna.

As per January 2015, the 80A bus line will go from U1/U2 (Praterstern) via U3 (Schlachthausgasse) directly to Media Quarter Marx.

Wienerberg bypass road: bus corridor for 15A line from 2017 onward

A better, continued bus corridor for the 15A line will result in noticeable improvements for passengers. In case of correspondingly intense urban development, the busway will then be transformed into a carriageway for the new 15 tram line.

Access will be provided to the urban development zone on the former Northern Railway Station grounds.

2019: extension of D line to Gudrunstrasse

Further accessibility of the Northern and Northwestern Railway Station sites will be provided by another extension of the O line or a new combination of the 2 and 5 lines.

The 67 line is to be extended via Reumannplatz and Monte Laa to the Siedlung Süd-Ost housing zone.

It is planned to extend the 25 line through aspern Vienna’s Urban Lakeside to the U2 Aspern Nord station.

The Donaufeld bypass (Fultonstrasse – U1 Kagran) is to provide access to the Donaufeld area and to link the 21st and 22nd municipal districts.

In addition to constructing new facilities, investments in the optimisation of existing tram and bus lines continue as well. The extension and optimisation of new bus lines will ensure excellent accessibility of the nearest public transport hubs and centres even for newly developed zones not situated along tram axes.

As a prospering economic centre, Vienna is an attractive place to study and work for hundreds of thousands of people from the entire eastern part of Austria and beyond; at the same time, more and more Viennese work in the metropolitan region, beyond Vienna’s city limits. Every day, around 205,000 people commute to Vienna for work or study. At the moment, traffic across municipal boundaries between Vienna and its environs is still dominated by cars with a mode-share of 79%.

The S-Bahn system handles the major share of public transport across Vienna’s municipal borders. In addition, the inner-city tangential S-Bahn lines (above all S45) ideally complement the radial Underground network; together, both create an efficient inner-city network of fast rail-bound connections within Vienna.

For commuter traffic from and to Lower Austria, the S-Bahn lines and regional trains of ÖBB (Austrian Federal Railways) will remain the core element. At the same time, the S-Bahn trunk line remains equally important for locals’ trips within Vienna’s boundaries. For this reason, the S-Bahn network will gradually (shorter intervals, faster service, new rolling stock, higher customer friendliness) come to reflect the traits of the Underground system. Improvements of accessibility by means of new stations will be another objective.

Maria Vassilakou started her political career as Secretary General of the Austrian Students’ Union. In November 1996 she became Member of the Vienna Provincial Parliament and in 2004 Head of the Parliamentary Group of the Green Party. Since November 2010 Maria has been Deputy Mayor of Vienna and Executive City Councillor for Urban Planning, Traffic & Transport, Climate Protection, Energy and Public Participation. Maria is the first Executive City Councillor with a migration background. She was born in Greece and sees Vienna as an open, modern and diverse city. 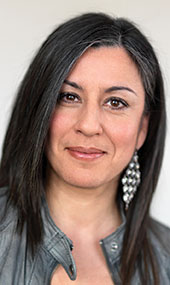