Posted: 4 July 2014 | Henna Virkkunen, Minister of Transport and Local Government for Finland | No comments yet

Rail traffic is one of the focus areas of current Finnish transport policy. For this reason, there are several initiatives on rail transportation: extending the Helsinki region subway line and building new tram networks in Helsinki, Turku and Tampere areas. These projects are mainly financed by the local authorities. However, the state contributes by subsidising the planning and designing of the networks. Extension of the Helsinki metro, new tram lines and The Ring Rail Line, which will connect Helsinki-Vantaa Airport to the main rail line by 2015, reflect the new role of transportation in society: the planning is coordinated with land use planning and there is a strong will to align the networks with the needs of dwelling and business life and vice versa.

It is clear that the goal of 200 million new trips by 2022 certainly requires new passenger groups to opt for public transportation. Personalised, on-demand based bus services that have recently started operating (e.g. KutsuPlus in Helsinki) are good examples of how to attract new passengers. The bus takes the passenger wherever and whenever wanted and the ordering system of the bus is based on a smartphone application. This service has become popular in a very short space of time and it has been used by people travelling to or from work or between meetings during the workday and who haven’t necessarily been regularly using public transportation before. Commuters have been one of the main target groups of the service. This initiative clearly shows that brand-building of public transportation is one of the core factors in increasing passenger flows and trips in this mode of transportation.

The vision of a Finnish modern transport policy is to create a co-operative and interconnected transport ecosystem, providing services reflecting dynamic and fragmented needs of the customers. In that vision, a customer’s entire transportation needs would be met over one interface and offered by a service provider. The services could be bundled in to a package similar to current mobile operator services. The boundaries between different transport modes should then be blurred or made to disappear completely.

The modern transport policy recognises the possibilities that solving transportation problems could be offered to private sector companies. While European economies are facing huge challenges of maintaining competitiveness and improving employment, transport policy tools should also deploy effective measures to support vitality and responsible economic development on a regional, national and European-wide level. With responsible and smart transport policy it is possible to offer a functioning platform for the industry to develop its services and business. This is essential to work in intense dialogue with customers, industry and the whole transport sector.

There is one important issue that all of the aforementioned initiatives have in common: they have all seen the light of day thanks to activity by private companies and local authorities. The role of the central state administration has been that of an enabler: to envisage the future and the focus areas of transport policy, to direct the actions by means of state aid – although in rather small amounts – and by making way for innovations in the form of legislation that allows a range of different courses of action but assures a level playing field and functioning of the market.

Another key point is the increased cooperation between state, local authorities and the private sector, including businesses and consumers. The lesson to be learned in the future transport policy is that open dialogue and rational distribution of tasks is of utmost importance: the state should increasingly concentrate on creating smart regulation and let the other players do the rest. 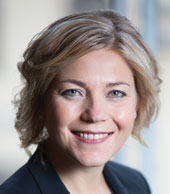 By Henna Virkkunen, Minister of Transport and Local Government for Finland