The biggest light-rail project in Denmark is on track

The heart of Copenhagen has been undergoing massive infrastructural changes over recent years with the building of new Metro lines. The investment in public transport has now expanded to the outskirts of Copenhagen where a 27km-long new light-rail system will make life easier for approximately 50,000 passengers every day. For Intelligent Transport, Mikkel Kjær Jensen, Project Director for Ring 3 Letbane I/S, explains more about this significant and exciting infrastructure project…

Light-rail networks are now a familiar feature of public transport systems in several major European cities. The key characteristics for this mode of transportation are the offering of high-speed and frequent services. A light-rail system in Copenhagen on Ring 3 – from Lundtofte to the north to Ishøj in the south – will be one of the first light-rail networks to be built in Denmark. The light-rail network is intended to promote the use of public transport services and urban development in the Greater Copenhagen area and the 11 so-called ‘Ringby municipalities’ which include: Lyngby-Taarbæk Kommune; Gladsaxe Kommune; Herlev Kommune; Albertslund Kommune; Rødovre Kommune; Glostrup Kommune; Brøndby Kommune; Hvidovre Kommune; Vallensbæk Kommune; Ishøj Kommune; and Høje-Taastrup Kommune.

Since the so-called ‘Finger Plan’ – a plan to develop urban areas of the metropolitan region – was introduced in the 1940s, new transport needs have evolved. The 11 Ringby municipalities, the Capital Region of Denmark and the Danish State represented by the Danish Ministry of Transport have therefore agreed to build a light-rail system on Ring 3 to connect these municipalities and form the basis for future growth in the Greater Copenhagen area.

The Ring 3 light-rail network will become a new backbone in the Greater Copenhagen area. It will create several new hubs including stations at Glostrup, Herlev and Lyngby. The light-rail system will resolve some of the road traffic congestion issues in the Greater Copenhagen area. The new light-rail network will change the transport infrastructure in the metropolitan area providing an easy means of transport between the new hubs which will offer very frequent services.

Experience from major European cities indicates that efficient public transportation is a feasible alternative to cars for commuters bothered by heavy road congestion. The light-rail network will also create new areas close to the stations with significant potential for urban development.

The Ring 3 light-rail network will have 27 stations set along a 27km-long line. This means that passengers will have easy and fast access to workplaces, educational institutions, cultural and sports activities and shopping facilities. Moreover, they will have fast access to regional and commuter railway services. Frequent services at 5-minute intervals on weekdays make the light-rail system an attractive public transport solution. The light-rail network is expected to carry approximately 13-14 million passengers a year. The passenger total may increase to 17-18 million, as the area gradually develops.

The Ring 3 light-rail network will create a line which cuts across all the commuter train lines. Consequently, public transport will become more attractive for the citizens in the region. People will be able to travel quickly between the Ringby municipalities and there will also be good connections to and from the city centre and the remainder of the rail network (both commuter and regional train services).

The light-rail system will use standard rolling stock. The use of thoroughly tried and tested trains and track systems reduces costs and guarantees that services will meet consumer demands for stable services.

The light-rail network will travel segregated on street wherever possible parallel with the road, either in the middle or to one side. The light-rail system will join mixed traffic with few exceptions only at crossings and intersections to avoid the risk that the light-rail system is affected by road traffic congestion. This ensures better traffic safety and reduces the number of delays.

What will it cost?

The light-rail network will cost approximately DKK 4 billion to build. The operating system will cost roughly DKK 1.3 billion including the purchase of trains, plus the control and maintenance centre, etc.

The funding of the construction of the light-rail network will be shared between the state (40%) and municipally (34%) with additional funding from the Capital Region of Denmark (26%).

The Ring 3 light-rail network is a project owned by the state of Denmark, the Capital Region of Denmark and the 11 municipalities in the Greater Copenhagen area. They have established a new company – Ring 3 Letbane I/S.

The standard rolling stock will be 2.65m-wide, approximately 3.5m-high and about 35m-long. One train set will carry between 200 and 230 passengers and a total of 27 train sets will operate along the line.

High-speed and frequent services will be key to the new light-rail system. Travelling the full line from Lundtofte in the north to Ishøj in the south will take approximately 55 minutes. Currently, the same distance takes 65 minutes by bus and in the rush hour it may take more than 70 minutes. The light-rail system will travel at a maximum speed of 70km/hour, and the average speed will be about 30km/h including stops at stations and at traffic lights.

The light-rail company and a consultant group is now working on the technical design and the environmental impact assessment. The construction works of the project will be sent out for tender in 2015, and the new light-rail system is planned to operate with passengers in 2020/2021.

Mikkel Kjær Jensen from Metroselskabet is the Project Director for the new Light Rail Project (Ring 3) and the metro line going to the upcoming residential area of the Nordhavn Project. He has gathered experience from other big infrastructure projects in Denmark including the Copenhagen Metro and the Cityring Circle Line. 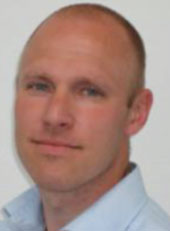