Hydrogen power: where we’ve been and where we’re going 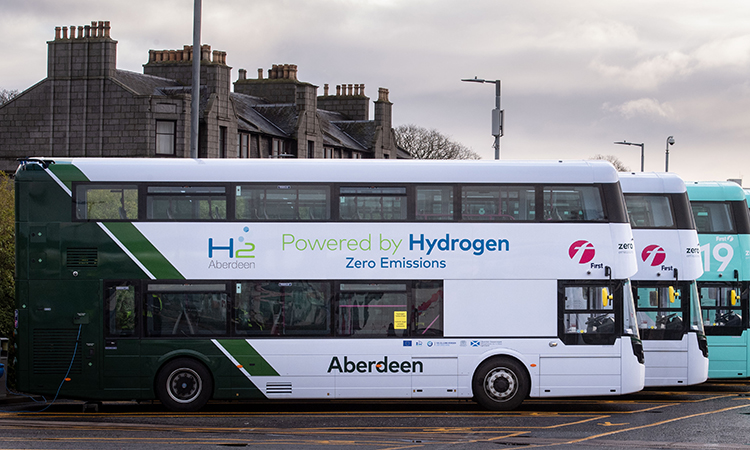 Second generation hydrogen double deckers were officially launched into service with First Bus last month in Aberdeen, marking a significant step forward in reducing both emissions and carbon footprint and achieving a UK milestone for the technology that powers them.

The use of hydrogen Fuel Cell technology and the complex engineering behind it is fascinating in a number of ways; from how the technology works in converting hydrogen from on-board gas, to producing electricity and the innovation that’s got us to where we are, to how it compares to the likes of battery-powered electric vehicles.

To truly understand the benefits of hydrogen technology, we have to consider it in context – not just in the context of the public transport industry, but also how it relates to addressing the climate crisis and links to wider societal changes.

The case for hydrogen power (and its challenges)

This isn’t our first experience with hydrogen buses – in fact, this is our third learning.

Building on experiences in Aberdeen and London, we have learned a multitude of lessons:

These challenges are significant, and need to be considered carefully, but it goes without saying that we wouldn’t have put hydrogen-powered buses on the road if we didn’t have faith in the maturity of the technology and its ability to integrate into our fleet appropriately. 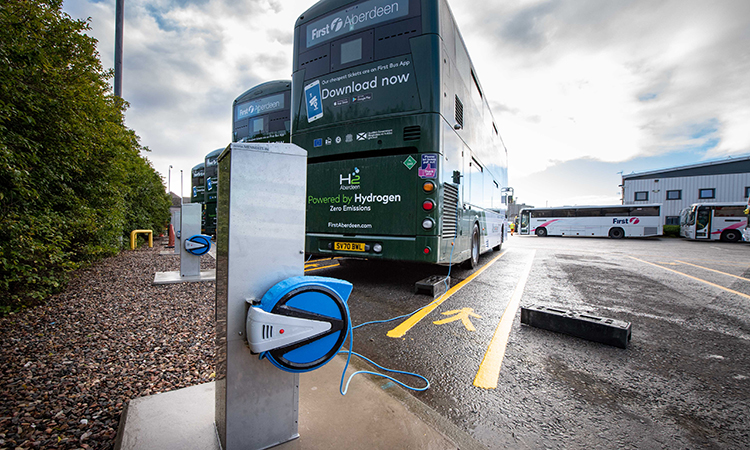 There are many reasons we’ve decided to make such a significant investment into hydrogen-powered vehicles – our promises around climate change being one of them. Over the next five to 10 years, an increased use of hydrogen in public transport would have an extensive impact on local and national environmental and climate change issues.

Hydrogen buses address two agendas at the same time: decarbonisation and air quality. In order for hydrogen to be more widely adopted in the industry, it will require hydrogen to be produced and stored local to the regions we operate in. Aberdeen already has this capability, and therefore will help to vastly reduce the carbon footprint necessary to fulfil our demand.

This, coupled with the fact that hydrogen-powered buses significantly reduce emissions, will mean we’re actively working to significantly improve air quality and in turn, improve both health and quality of life for our customers and communities.

Customer experience is even better on a hydrogen bus. They’re smooth to ride, and make very little noise – creating calmer, quieter streets for the local community to enjoy when compared with cars or diesel-powered vehicles.

In fact, they are so quiet that new legislation is coming in to force to make silent running vehicles emit more noise in a way that is harmonious to the environment whilst still warning other road users and pedestrians of the vehicles presence.

We’re no longer debating whether we should move away from fossil fuels – that ship has long since sailed. In fact, First Bus has committed to stop buying diesel vehicles completely after 2022.

Now, our attention has turned toward adopting the technologies of the future. Hydrogen power will undoubtedly be among them, although the locations and quantity are not yet fully evaluated. As we’ve embarked on this journey, one of the most exciting realisations we’ve had is that we’re becoming experts – not just in public transport – we were already experts in that – but in how to deploy new technology, how to address the unique challenges that brings, and in how to ask the right questions to define and reach success.

Everything we do is based on factual evidence, and we have built a remarkable network of business and research contacts. The knowledge-bank we call upon means that we’re at the forefront of a systematic shift and, consequently, are advising others on how to move toward alternative technologies. This includes working closely with local authorities in an advisory capacity, as they consider whether hydrogen technology is the right fit for them – and this is even happening in areas where we aren’t currently operating buses.

We are playing a role in shifting the national agenda toward more climate-neutral and climate-positive decisions, which has implications far beyond transportation. 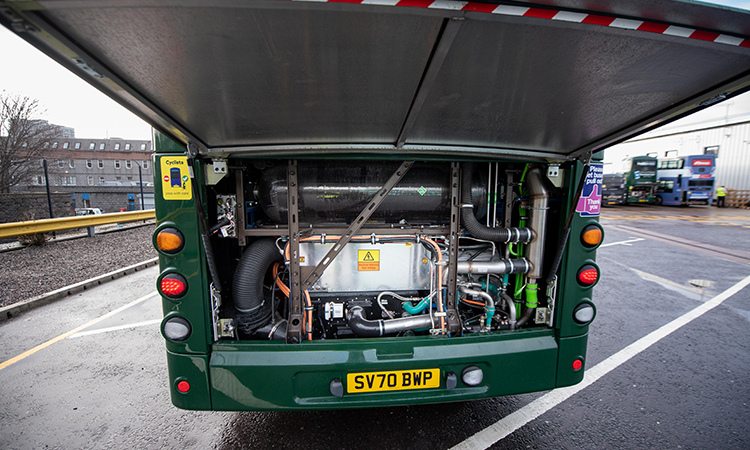 This takes us to where hydrogen technology is heading. There is a global evolving interest in hydrogen-based power and not just in automotive sectors. Look at Jive, for example, who are investing heavily to deploy hydrogen buses across Europe – and it goes beyond there, with interest in hydrogen-powered buses growing in North America and Asia.

Here in the UK, I believe we will soon see a shift in the government agenda towards hydrogen exploration. Currently, it isn’t as well funded as exploring electric technologies, but as technology develops and funding increases, hydrogen and battery power will be vying for dominance, although various think-tanks believe that hydrogen is some years beyond electric maturity and will continue to be so for some years.

Whilst I don’t anticipate hydrogen will, in the short term, surpass electric adoption, further limited volume opportunities will exist where there is a lesser viability for electrification either because of cost, availability or topographical reasons

However, none of this matters if people aren’t migrating from cars to the bus as their choice of travel. Pre-Covid, we were witnessing a large-scale change in the climate and environmental agenda, with people much more willing to alter their lifestyles for the cause.

With all the changes that the pandemic has brought to our lives, from feeling the need to take time back, to altering how we view our free time, we can’t be sure what it will mean for customer behaviour and bus use in the immediacy beyond the pandemic, although we are quietly optimistic about our future. However, what is certain is that the climate emergency will still exist and we must adapt and deploy new products to meet the demands and expectations of the communities and passengers we serve

As we move out of lockdown and towards recovery, the industry needs to adopt a new approach to customer centricity. This goes beyond listening to what customers want and seeking to deliver that. We need to reimagine how buses look and operate to provide a service that not only meets the needs of our current customers, but also entices people who don’t normally take the bus away from other modes of transport. 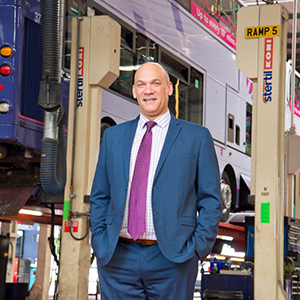