TfL has announced it will choose three operators to launch their scooter fleets in London on a trial basis – but can the UK capital learn from the problems other European cities have had with scooters? 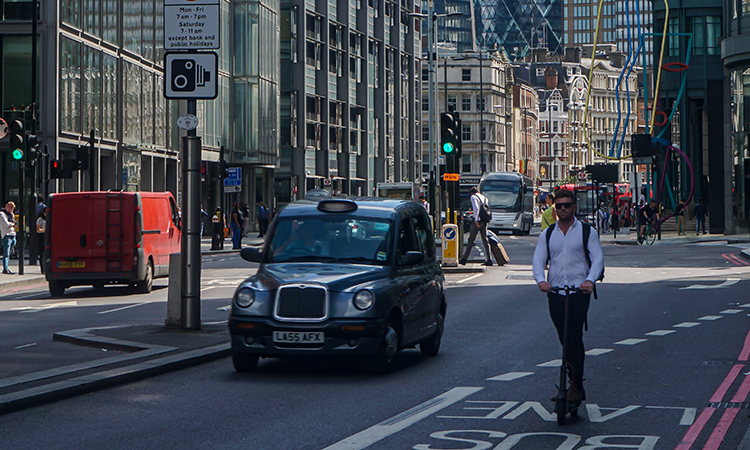 With Transport for London (TfL) announcing it will launch e-scooter trials across the city from early 2021, there has been plenty of interest from e-scooter operators jostling to become one of the three chosen to bring their fleet to the capital.

Other cities in the UK have already started trials, including Milton Keynes, and e-scooters have become a common sight in some European cities. Yet many of the top operators will surely see London as a big prize, with the daily population estimated to swell to 10 million people every day.

The Mayor of London Sadiq Khan has committed to making the city carbon neutral by 2050, which will involve transforming the transit habits of millions of people. Though the eco credentials of e-scooters have been questioned, there’s no question that they are better for the environment than cars – something London has 2.6 million of.

Florence Milner, General Manager UK and Ireland at Lime, underlined the efforts of London authorities to cut down on car journeys in a comment last week: “In the wake of the pandemic, London has made huge strides to help residents get around safely and sustainably – new cycle lanes have opened up streets to more people on two wheels, while low traffic neighbourhoods have breathed new life into residential streets, helping improve air quality in densely populated areas. We’re delighted that the Mayor, TfL and the London boroughs are taking the next step in ensuring that we avoid a car-based recovery, by committing to a widespread e-scooter trial.

“As the world’s biggest e-scooter provider, alongside our experience of operating a successful e-bike service in the Capital for more than two years, we at Lime are excited for the opportunity to bid to bring our electric scooters to London, helping replace hundreds of thousands of car journeys every year.”

Sound will be added to TIER e-scooters amid concerns from some vulnerable road-users that the vehicles are difficult to detect when approaching.

E-scooters can of course never replace every single car journey, but Duncan Robertson, who is General manager of Dott UK (Dott runs e-scooters in cities across Europe), told Intelligent Transport that they can certainly compliment public transport: “Data from several European cities where e-scooters are part of the mobility infrastructure clearly demonstrate how vital they can be in supporting public transport, cutting the number of car journeys and contributing to improved air quality.

“This trial will hopefully be the first-step toward a green revolution for urban mobility in the capital. We’re confident that Londoners will not only embrace the flexibility that e-scooters bring, but will also back calls for greater availability and access across the city.”

There are concerns, though, that the e-scooter trial in London could lead to some of the problems seen in major European cities over the past few years. In Paris, e-scooters are supposed to only be left in specific docking points, yet Paris’ First Deputy Emmanuel Grégoire, called the situation chaotic. In Germany, Die Zeit says there has “barely been a week without an accident reported”. In September, a 75-year-old woman tripped over an e-scooter left on the pavement in Berlin and ended up in hospital with “serious arm injuries”.

In this regard, officials in London look to be cautious in their decision to appoint operators. Philip Glanville, Mayor of the London borough of Hackney and chairman of London councils’ Transport and Environment Committee, said: “All companies applying to join the trial will need to demonstrate they have plans in place to keep our streets clear and protect riders, pedestrians and other road users, including more vulnerable Londoners.”

Superpedestrian founder and CEO Assaf Biderman thinks that his company may have an advantage with TfL in that respect: “We believe we have something unique to offer Londoners. We started Superpedestrian out of Massachusetts Institute of Technology’s (MIT) Senseable Cities Lab to help cities solve mobility problems with novel technologies. That’s why we built LINK, the world’s smartest and safest scooter specifically designed for shared micromobility.

“Not only can we keep pedestrians safe with our real-time on-board geofence mapping, but our business model allows us to operate sustainably in communities historically underserved by other forms of transportation—the kind of neighbourhoods that are also too often overlooked by other companies.”

London is notably late to the party when it comes to deploying e-scooters on its streets, but that is potentially to its advantage. TfL and the borough authorities will now appoint operators armed with the knowledge of problems that other major cities have experienced. Safety and tidiness will be key criteria in choosing the three lucky operators that will play a significant role in shaping the capital’s micromobility strategy.