Anton Chirkunov, Founder and CEO of premium ride-hailing firm Wheely, explains why he believes ride-hailing businesses should pay closer attention to the data requirements of cities and authorities.

While ride-hailing businesses continue to grapple with the global pandemic and the imposition of new lockdowns across a number of European countries, a quieter and more insidious trend might be threatening the integrity of the sector.

Around the world, cities and local authorities have been increasingly asking ride-hailing businesses to hand over passenger data. Almost invariably, this has been framed as a requirement rather than a request or an open conversation. Businesses have been expected to comply or face punitive ramifications from reprimands to suspensions – even closures.

To comply, however, with disproportionate requests of this nature carries an even greater risk. It amounts to violating the trust of passengers and potentially jeopardising their privacy and interests under the law. This is strongly reflected in the EU General Data Protection Regulation (GDPR) and is at the core of the relationship between a ride-hailing business and its customers.

Passengers never consented to having their data accessed and if ride-hailing providers cannot resist and stem these heavy-handed requests, they may not only fall afoul of relevant laws and regulations but also put their customers’ privacy at risk. While some governments have claimed that the sharing of geolocation data is secure, a host of studies suggest otherwise. According to researchers at MIT, 95 per cent of individuals can be easily identified using just four of their anonymous geolocation data points.

Even in highly-policed countries, such as the United States, government authorities are prohibited from requesting geolocation data without a warrant, as federal agencies would have little difficulty in matching datasets. As law professor and privacy researcher at the Georgetown University Law, Paul Ohm puts it: “Really precise, longitudinal geolocation information is absolutely impossible to anonymize. DNA is probably the only thing that’s harder to anonymize than precise geolocation information.”

The reasons cited for this forceful extraction of data often do not stand up to scrutiny, either. For example, while the Moscow authorities cite health and safety considerations for issuing new requirements for private-hire ride-hailing firms, data shows that since first introducing the measures for regular yellow taxis in 2017, the number of accidents involving taxis increased by 50 per cent from 2017 to 2018, and by 80 per cent from 2018 to 2019. By comparison, the number of taxi rides only increased by 25 per cent from 2017 to 2019.

In other instances, it has been up to the courts to step in. Previous attempts by governments in France and Egypt have failed on the grounds that the measures undermined “constitutional principles” and “violated privacy”.

Further afield, a recent lawsuit filed by the American Civil Liberties Union in June 2020 against the Los Angeles Department of Transportation (LADOT) has centred on the agency’s use of a digital tool called the Mobility Data Specification programme (MDS), which it created as a way to track and regulate electric scooters operating on its streets. Uber, which until recently owned the dockless scooter and bike company Jump and took LADOT to court in March 2020 over MDS, has stated that MDS would lead to “an unprecedented level of surveillance”.

The threat of adverse consequences, however, does not excuse or legitimise ‘compliance’. Businesses that do so are signalling to government authorities that, as long as they are allowed to continue to operate, customer rights and interests take a backseat and can be compromised on request. They are also obtaining an unfair commercial advantage on competitors that are doing the right thing and honouring their commitments to their users.

The ride-hailing sector should instead be mounting concerted and urgent criticism against data-hungry cities and authorities wherever and whenever instances of this kind crop up. The trust and privacy of our passengers are at stake – and so too is the future of the industry.

Anton Chirkunov is the Founder and CEO of Wheely, a leading premium private-hire ride-hailing company headquartered in London, with operations in three of the 10 largest global markets: London, Paris and Moscow. 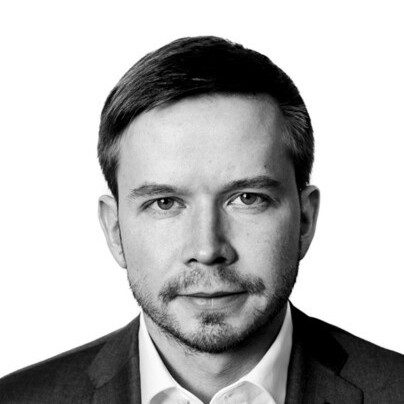