Study finds that e-bikes could cut transport emissions in half

The study found that even replacing just 20 per cent of car miles travelled with e-bike travel would mean four to eight million fewer tonnes of carbon emitted each year. 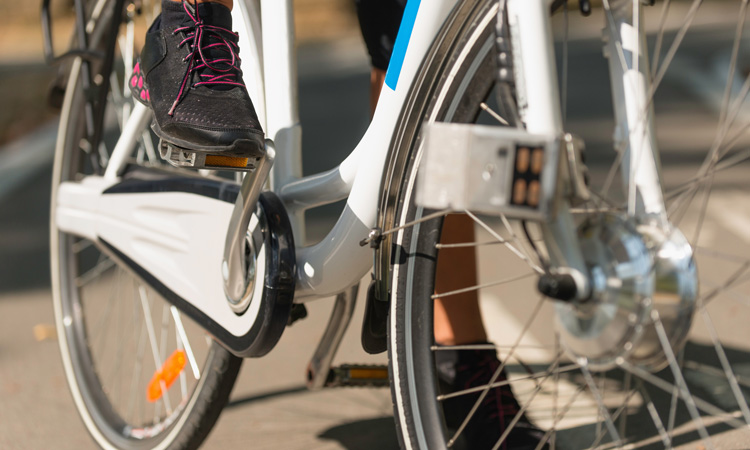 University of Leeds researchers from the Centre for Research into Energy Demand Solutions (CREDS) have revealed that electrically-assisted bikes (e-bikes) have the capability to slash carbon dioxide emissions from transport in half in the UK – by approximately 30 million tonnes per year – and could offer a safe and sustainable route back to work.

The greatest impact on carbon emissions would come from use outside urban centres, the researchers explained, citing Denmark, where e-bike routes are already linking cities to towns and villages.

They stated that e-bikes can help people make longer journeys than conventional cycles, and could bring new transport options to people living outside urban centres. In the post-coronavirus recovery, they suggested that this will be particularly important as people seek safe ways to travel.

The researchers also found that e-bikes could help to cut the costs of travel in neighbourhoods characterised by low incomes, limited access to public transport and where many car journeys could be replaced with bike use.

Dr Ian Philips, a senior research fellow in the Institute for Transport Studies at Leeds and CREDS member, who led the research, said: “The strategic potential of e-bikes as a mass-transport option has been overlooked by policymakers so far.

“The research began as a way to measure the potential carbon savings that e-bikes can offer, but as we emerge from the lockdown, e-bikes can be part of the solution to getting people safely mobile once again.

“We’re recommending that governments across the UK should find ways to incentivise e-bike use to replace car journeys. As well as lowering carbon emissions from transport, e-bikes have the potential to improve the mobility options for people and communities at risk of transport poverty.”