According to Lime, the announcement means that riders around the world will have even more integrated micromobility options to choose from, making car-free travel easier than ever before. 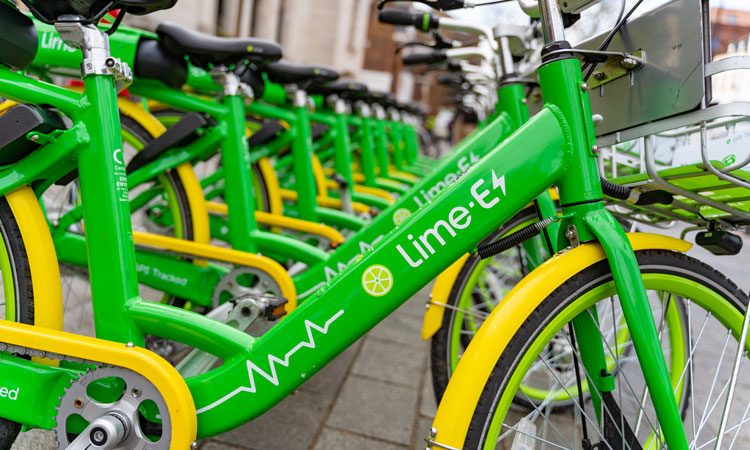 Micromobility company Lime has announced that Uber is leading a $170 million dollar investment round with participation from Alphabet, Bain Capital Ventures, GV and other existing and new investors.

As part of the investment, Lime has acquired JUMP’s business operations and will further expand its mobile app integration with Uber. In almost all markets where Lime and Uber operate, users will be able to turn to both the Lime and Uber app to unlock products and services.

In addition, the company promoted Wayne Ting to Chief Executive Officer. Wayne joined Lime in October 2018 as Global Head of Operations and Strategy and has been instrumental in the company’s drive towards operational excellence and path to profitability.

Brad Bao will continue as Chairman of the Board working with the executive leadership team to ensure that Lime achieves its mission.

“Under Brad’s leadership, we have built Lime into the world’s leading micromobiity company that is changing the way millions of people get around their cities. I look forward to building on this foundation with the Lime team in my new role,” said Wayne Ting, CEO of Lime. “Micromobility will be vital to the new world affected by COVID-19 and we are already seeing this as cities begin to move again. With our new financing and expanded offerings, we are strongly positioned to meet the needs of riders in a safe and reliable way.”

“Lime has pioneered and become the global leader in micromobility, powering over 130 million rides in a few short years with the vision of making our cities greener and more livable,” said Bao. “In order to achieve that, we focus on creating value for users and cities, and building a long term durable business. I have worked with Wayne for years and know that he is the best person to lead the company through its next stage as we continue to give riders new ways to move around cities.”

“Lime has the operational expertise and undivided focus needed to build a scaled, sustainable micromobility business,” said Dara Khosrowshahi, CEO of Uber. “We’re glad that our customers will continue to have access to bikes and scooters in both our apps because we believe micromobility is a critical part of the urban landscape, now more than ever.”