Engineers have reportedly demonstrated a way to use magnetism to transmit electricity wirelessly to recharge electric cars in motion. 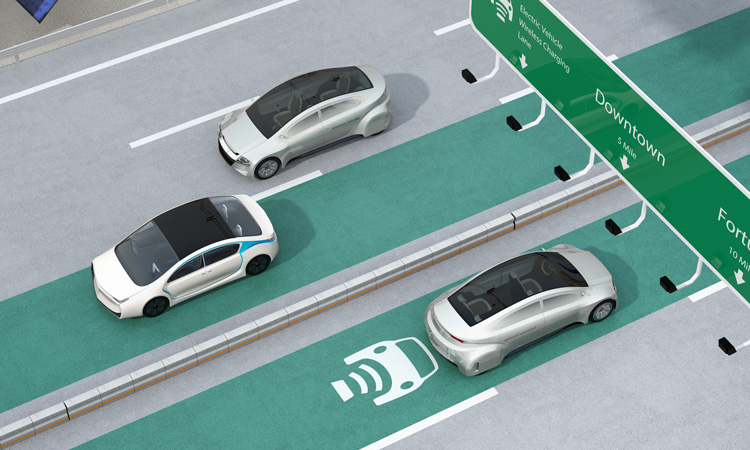 Stanford engineers have published research claiming that they have taken a step toward making it practical for electric cars to recharge as they travel along highways built to “refuel” vehicles wirelessly.

Although wireless charging pads already exist for smartphones, they only work if the phone is sitting still, the engineers explained, but, for cars, that would be just as inconvenient as the current practice of plugging them in for an hour or two at charging stations.

Three years ago, Stanford electrical engineer Shanhui Fan and Sid Assawaworrarit, a graduate student in his lab, built the first system that could wirelessly recharge objects in motion. However, the technology was said to be too inefficient to be useful outside the lab.

Now, the two engineers have demonstrated a technology that they say could one day be scaled up to power an electric car moving down a road. In the nearer term, they suggested the system could soon make it practical to wirelessly recharge robots as they move around in warehouses and on factory floors – eliminating downtime and enabling robots to work almost around the clock.

“This is a significant step toward a practical and efficient system for wirelessly re-charging automobiles and robots, even when they are moving at high speeds,” Fan said. “We would have to scale up the power to recharge a moving car, but I don’t think that’s a serious roadblock. For re-charging robots, we’re already within the range of practical usefulness.”

Wireless chargers transmit electricity by creating a magnetic field that oscillates at a frequency that creates a resonating vibration in magnetic coils on the receiving device. The challenge is that the resonant frequency changes if the distance between the source and receiver changes by even a small amount, the engineers explained.

In their new paper, they have shown how to boost the system’s electric wireless-transmission efficiency to 92 per cent. The key, Assawaworrarit explained, was to replace the original amplifier with a far more efficient “switch mode” amplifier.

The new lab prototype can wirelessly transmit 10 watts of electricity over a distance of two or three feet. Fan said there aren’t any fundamental obstacles to scaling up a system to transmit the tens or hundreds of kilowatts that a car would need. He said the system is more than fast enough to re-supply a speeding automobile.