The development of the E-port aims to accelerate the commercialisation of autonomous aerial vehicles (AAV) in the travel and tourism industries. 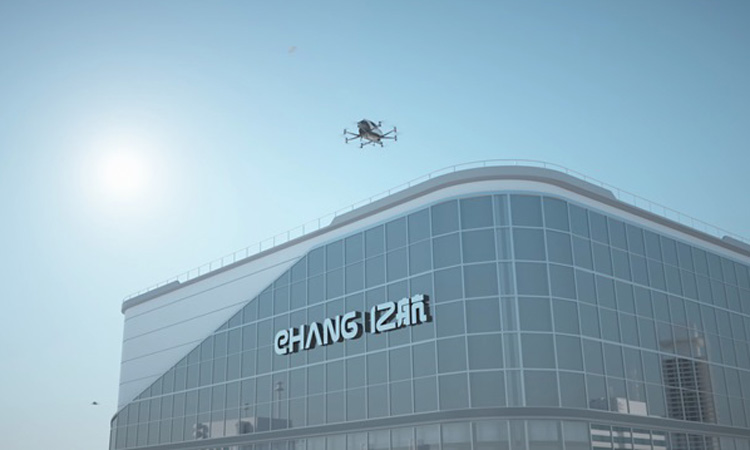 EHang Holdings Limited (EHang) the autonomous aerial vehicle (AAV) technology platform company, has announced its intention to build the “world’s first” E-port for AAV services. EHang will cooperate with a local partner in the City of Hezhou in Guangxi Province, China, to build the E-port, which looks to accelerate the commercialisation of EHang AAVs in the tourism and transport industries.

The city of Hezhou is said to be a pioneer in air tourism, and the E-port is planned to be completed and operational by the end of 2020.

The plan includes the delivery of 20 units of the EHang 216, the Company’s two-seat passenger-grade AAV, which will be deployed for aerial sightseeing.

The E-port terminal building will be three stories covering 2,500 square metres, and architectural features will include a first-floor reception hall, second floor passenger waiting area, and a third-floor departure/arrival zone. Four landing pads will be located on the roof-top, which will reportedly be able to accommodate the landing/take-off of four AAVs simultaneously.

“Hezhou is a beautiful city with rich tourism resources and we are excited to enhance their appeal with our AAVs. As we progress, we intend to create more commercial applications for EHang AAVs, such as aerial sightseeing that can uniquely merge modern culture and tourism. We also welcome more local partners to join us and embrace the opportunity to a provide safe, autonomous, and green approach to travel and sightseeing,” said Hu Huazhi, Founder, Chairman and CEO of EHang.

Ehang has previously obtained permission to launch the first urban air mobility pilot in Spain, as well as permission to test autonomous air taxis in in Norway.